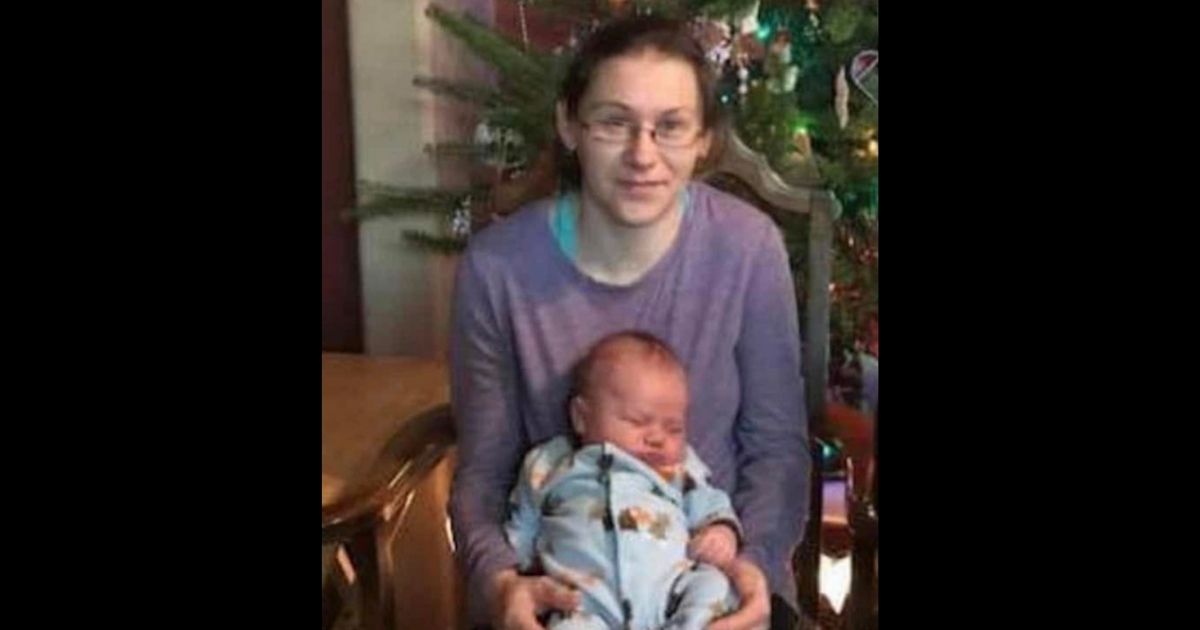 The following article, Mother Gives Life Protecting Child from Vicious Rescue Dog Attack: ‘I Have No Arms and I’m Dying’, was first published on Flag And Cross.

On Dec. 8, mother-of-two Heather Pingel of Bowler, Wisconsin, was faced with a tragic choice that most parents never have to make.

In a strange series of events, Heather’s 4-year-old son Damion Bernarde took a tumble down the stairs, which appeared to trigger the family dog and it attacked, according to OK! News.

Seeing the dog strike, Heather quickly shielded her son and the dog went after her, instead, injuring her severely and leaving her mangled and struggling for her life.

Heather’s boyfriend Shane Bernarde arrived home that afternoon to find her shut in the bathroom with the dog, in a critical state.

“We don’t know how long she was in there fighting him off,” Shannon Pingel, Heather’s sister, said, according to the Wausau Daily Herald. “Shane got home to find her lying on the bathroom floor. She said, ‘I have no arms and I’m dying.'”

The dog continued to attack Shane as he dragged it outside and shot it. Police arrived and an ambulance took all three to the hospital for treatment.

Heather underwent amputation for both arms and was experiencing kidney failure, while her son got stitches and was given a positive prognosis. Sadly, on Dec. 16, the brave mother passed away.

Police reports revealed that the dog, a pit bull, had been abused in its former home and was known to be aggressive, according to WBAY-TV. Shannon added that Heather had a tender heart when it came to needy animals and believed they could turn things around for the rescue dog.

“My sister has the biggest heart for animals and just couldn’t get rid of it … her heart was too big and they thought they could fix him,” Shannon said.

“She was just a wonderful person,” Heather’s cousin, Jennifer Person, told WBAY-TV. “So kind and loving. She was always there to help people whenever she could.

“Her kids were everything to her. She loved them so fiercely, as she demonstrated by giving her life so her son would survive.”

“She was an amazing artist growing up,” Shannon said. “I always wished I could draw like her. I’m going to miss how wonderful she was as a mother. She did anything and everything for her two kids.

“She was a stay at home who loved her job. And her kids adore her. I’m going to miss calling her and asking when she was going to be here… because she was always running late. I’m just going to miss everything about her.”

Shannon has also set up a GoFundMe to help the family with continuing medical bills and funeral costs.

“My sister has 2 kids with her boyfriend,” the page reads. “Yesterday he lost his job and today the unimaginable happened! A dog attacked their son and she did what any amazing mother would and sacrificed herself to save him.

“He is doing good alot of stitches but nothing to serious. My sister was not so lucky, she lost her life saving her sons. She is nothing but a hero. We need help with medical bills, funeral cost, and help raising her 2 beautiful babies. She was way to young to leave and this is all so sudden and shocking. Any and all help is greatly appreciated.”