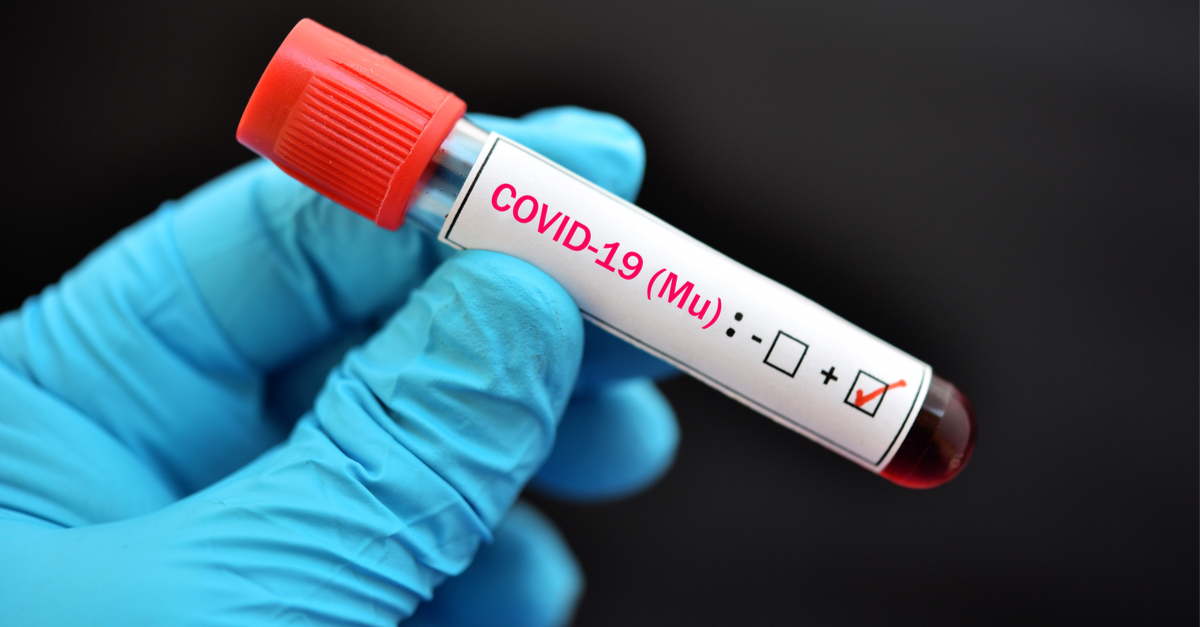 The following article, Media Rushes to Report Unvaxxed Man Dying of Omicron, But Health Officials Can’t Confirm He Died of COVID, was first published on Flag And Cross.

The event occurs (a jury verdict, a politician’s sudden resignation, a movie star’s divorce announcement, whatever) and reporters run frantically out of the room, scrambling for a telephone to call in their stories.

And though the technology is more advanced, it still goes on today.

Media are in a frenzy upon learning that someone in the U.S. has died from the omicron variant of COVID.

And for our establishment media, it gets better — the victim was not vaccinated! Yes!

What a story: Omicron is here, kills unvaccinated man!

Stop the presses! Or, the electrons, if you will. This is huge!

Problem is, sometimes the truth gets in the way of a good story.

Indeed, a man aged between 50 and 60 died and he had the omicron strain of COVID, according to Harris County, Texas, health officials.

And he had “underlying health conditions,” a county news release said.

But further inquiry shows the man died with omicron, not necessarily because of it, as journalist Dan Cohen demonstrated in a tweet containing a phone conversation with Martha Marquez of the Harris County Health Department.

“We can’t confirm that the patient died from COVID, but we can say that he was omicron positive at the time of his death,” Marquez said.

Cohen queried: “So he died with COVID but you can’t say he died from COVID?”

“Correct,” Marquez replied. “This information comes from our epidemiologists, who are the ones who get the reports.

“They have to do a very meticulous investigation because, you know, they do take this very much at heart.

“They are telling me they cannot say that COVID was the absolute cause of death,” she said.

But that doesn’t make a difference to all the reporters figurately running out of the room.

They’re warning us that omicron has begun the “winter of severe illness and death for the unvaccinated” predicted by President Joe Biden’s administration.

And the headlines are rolling:

“First Omicron Death in U.S. Was Reinfection — A Warning to Those Who’ve Already Had COVID”– Newsweek.

“Unvaccinated Houston man’s death may be first attributed to omicron in U.S.” — The Washington Post.

“The evidence shows that for those vaccinated and with the booster [it] is much less likely … they’re going to end up in the hospital,” Harris County Judge Lina Hildago said in announcing the death of the man who had the omicron strain.

What can we determine about omicron?

The strain has become the dominant form of COVID, accounting for 73 percent of current cases, according to Bloomberg.

It is spreading rapidly, according to Dr. Anthony Fauci, who directs the National Institute of Allergy and Infectious Diseases. While evidence from South Africa has indicated effects of omicron are relatively mild, concern about the strain is “not an overreaction,” Fauci said.

To avoid COVID in any form, we’re being told to get vaccinated and boosted and wear masks.

But statements from the Centers for Disease Control and Prevention are contradictory.

On a web page, the CDC says, “Current vaccines are expected to protect against severe illness, hospitalizations and death due to infection with the Omicron variant.”

But the same page also says of omicron: “We don’t yet know how easily it spreads, the severity of illness it causes, or how well available vaccines and medications work against it.”

At least we can say that so far, despite what you might be hearing, we cannot confirm that anyone has died in the U.S. as a result of contracting the omicron variant. It may very well be that the man in question did die due to omicron, but when a public health official tells you that information cannot be confirmed, you listen.

Despite the hype, despite the fear and despite how many reporters run out of the room.