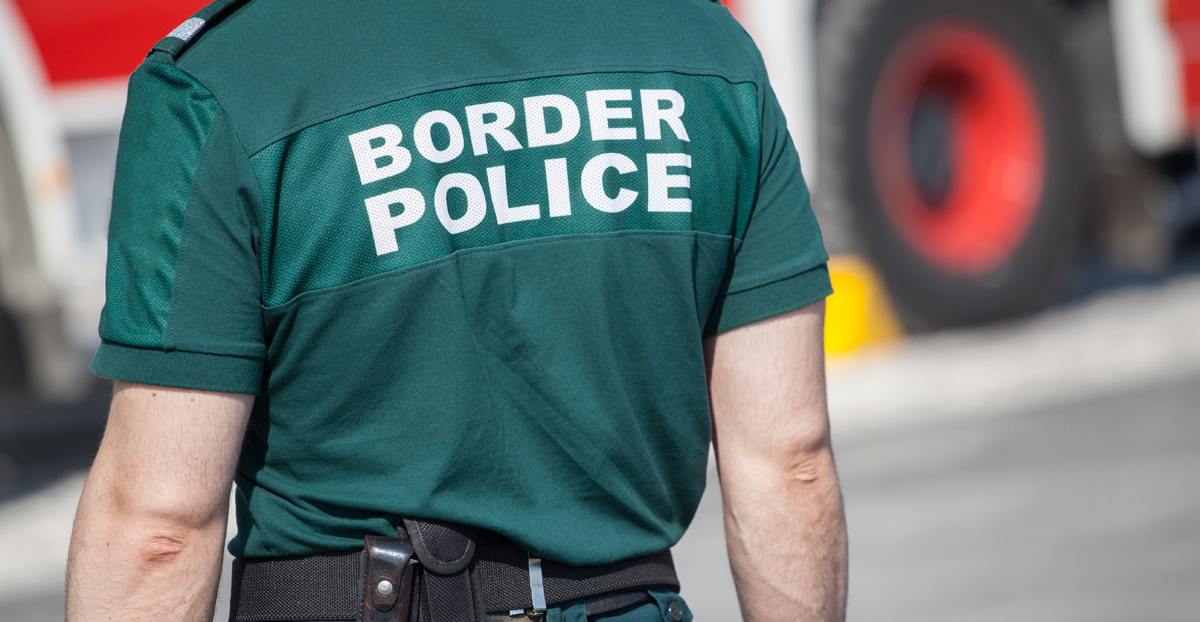 The following article, Illegal Immigrant from Famous Photo Sues US Gov’t for Blocking Him at the Border, Not Providing Food, was first published on Flag And Cross.

Illegal immigrants from Haiti, who have since been deported, are suing the Biden administration because Border Patrol agents upheld America’s laws.

The lawsuits revolves around encounters in the area of Del Rio, Texas, in September when thousands of illegal immigrants from Haiti tried to enter the United States, according to The New York Times.

At one time, several thousand illegal immigrants were camped under the bridge over the Rio Grande connecting the U.S. with Mexico.

One of the plaintiffs in the lawsuit named Mirard Joseph says he was an individual pictured in widely shared images that showed an encounter between an illegal immigrant and a mounted Border Patrol agent.

“It was the most humiliating experience of my life,” he said in the lawsuit, which states he left Haiti in 2017 to live in Chile but decided this year that he no longer liked living in Chile and wanted to seek asylum in the United States.

#HAITI, the U.S. border patrol hunting humans with whips and horses just like not too long ago , deporting #Haitians to a country destroyed by an earthquake and American imperialism. I expected @POTUS to treat others with dignity and respect the right to #asylum . pic.twitter.com/6HrylAcSQC

Other individuals named or for who pseudonyms are used were also living in Chile before they decided to enter the United States illegally to seek asylum.

The lawsuit claims the Haitians were a victim of the Biden administration’s “cruel Haitian Deterrence Policy.”

Joseph and the 10 other illegal immigrants in the lawsuit are “asylum seekers who were victims of U.S. officials’ abusive treatment in the [Customs and Border Protection] Encampment and expelled without an opportunity to access the U.S. asylum system.”

They claim they were unfairly and wrong deported.

The lawsuit explains that the incident in which mounted Border Patrol agents were dispatched to block more illegal immigrants from entering the U.S. was the end of a long train of events in which the Biden administration turned a blind eye to thousands of illegal immigrants — even when they knew they were coming.

Seeking to make the most of the furor over the images, which many claimed showed agents whipping migrants, the lawsuit repeats the claim despite the fact Border Patrol agents have said the reins of their horses were mistaken for whips.

The lawsuit cites an illegal immigrant, given the pseudonym of Esther, who claims agents on horseback forced her into the Rio Grande and told her, “Go back to Mexico.”

The lawsuit claims the illegal immigrants were sent back to Haiti where their lives were in danger. In the case of Joseph, it said he “is currently in Haiti, where he remains in hiding out of fear of being attacked or kidnapped if he ventures outside.”

As for Madeleine Prospere, who is listed in the lawsuit with Joseph, she “has been forced to separate from their family to take their young daughter to Chile for medical care that was unavailable in Haiti for the illnesses she developed in the CBP Encampment. They plan to return to the United States to seek asylum,” the lawsuit said.

The lawsuit also claims that the illegal immigrants were told they were being sent back because there were “too many Haitians” in the U.S.

The lawsuit states that conditions under which the illegal immigrants lived when they attempted to cross the border were inhumane, with too little food and water being provided for them, requiring them to buy their food and water in Mexico.

Continue reading: Illegal Immigrant from Famous Photo Sues US Gov’t for Blocking Him at the Border, Not Providing Food ...