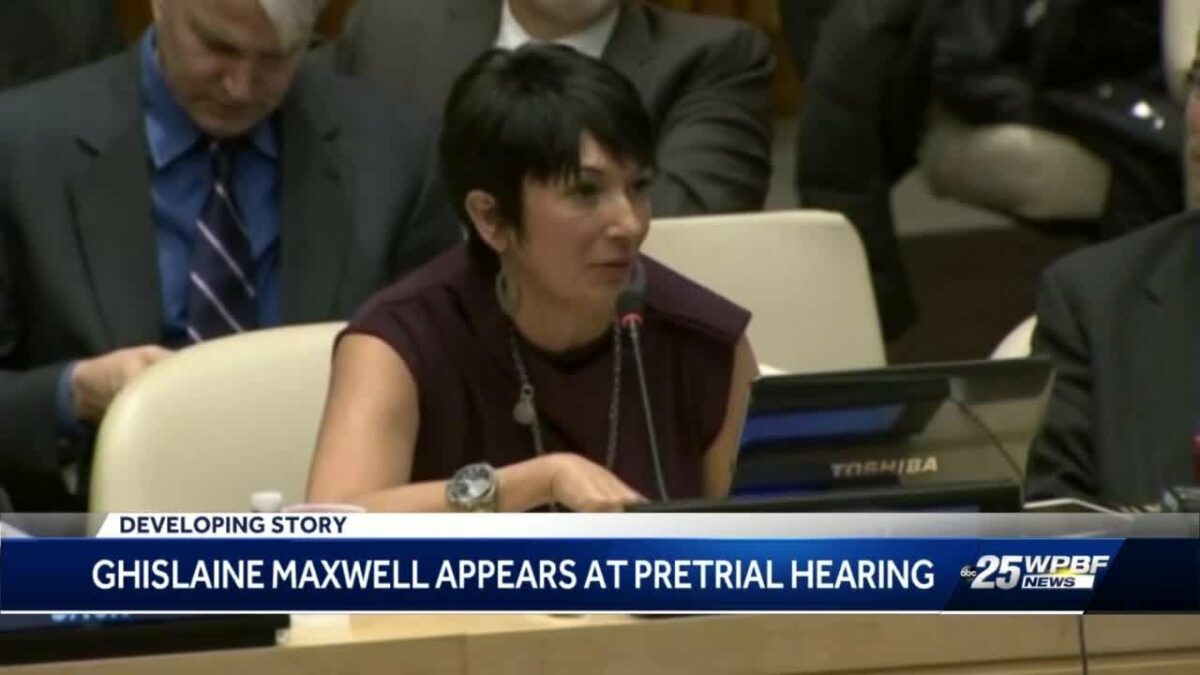 The following article, Did Maxwell Trial Miss 1 of the Worst Allegations? Forced Abortion, Rape, Dumped Naked in Yard, was first published on Flag And Cross.

Just when you think the depths of human depravity could not run any deeper, a new detail emerges in the case of Jeffrey Epstein. Or, an old, forgotten detail of the case resurfaces and the simple fact that it’s been forgotten is almost as shocking as the detail itself. Almost.

Epstein, a wealthy and extremely influential financier with ties to various politicians and celebrities from across the world, faced charges related to the sexual abuse and trafficking of young women at the time of his death in what has been ruled a suicide in a federal prison cell in Manhattan.

Currently, Epstein’s confidant — Ghislaine Maxwell — is on trial for her alleged complicity in the financier’s crimes. Jury deliberations began Monday, as The Associated Press reported.

In the Maxwell case, that shocking detail was the story of an anonymous woman who claimed to have been a victim of Maxwell and Epstein.

Back on July 3, the accuser — referred to by WTTG-TV in Washington, D.C., as “Jane Doe” — claims she was raped by Maxwell “20 0r 30 times,” that she was raped and impregnated by Epstein and that she was coerced into having an abortion at the age of 16.

This story should have dominated the headlines for weeks on end. Instead, it ended up getting lost in the noise.

Although Doe said she was willing to testify in the trial of Ghislaine Maxwell, it’s unclear if she did so.

At the Maxwell trial, three accusers testified under only a given name — “Jane,” “Kate,” and “Carolyn” — but none testified with the exact claims the woman identified as Doe made to WTTG.

Nevertheless, what she had to say about Epstein and Maxwell was shocking.

She said the abuse she described took place in Florida, where she was raised by her grandparents and where Epstein owned a mansion in Palm Beach.

In Doe’s view, Maxwell was every bit the monster her partner was.

“She is just as evil as Jeffrey Epstein … She is a rapist,” Doe said.

When Epstein and Maxwell became “fearful [Doe] would talk to the authorities,” Maxwell, Epstein and others drugged and gang-raped her “one last time as punishment,” Doe told WTTG.

Following the attack, an armed driver took Doe to her grandparents and dropped her off in the front yard, naked.

“I was dumped off in my grandparents’ yard naked, and was told that I wouldn’t come back alive the next time,” Doe said.

All told, four accusers testified at Maxwell’s trial: “Jane,” “Kate,” “Carolyn” and Annie Farmer, the only one to use testify under her full name, according to a Dec. 11 report from The Associated Press.

Jane and Kate both claimed to have been groomed by Maxwell before being sexually abused by Epstein (Jane claimed Maxwell participated in the abuse). Jane was 14 at the time and Kate was 17.

Carolyn was an underprivileged teen who lived near Epstein at the age of 14 and heard “he was offering $100 bills for massages.” For the next several years, Epstein paid Carolyn for sex until she became 18, the woman testified. Then, Epstein began asking her to bring younger girls.

“And that’s when I realized I was too old,” she said according to the AP.

The last of the four accusers, Farmer, claimed to have been groped and fondled by Epstein at the age of 16.

If the women’s testimony is true — and the preponderance of evidence suggests as much — the alleged crimes of Maxwell and Epstein are truly horrific.

If the story the woman identified as Jane Doe told WTTG is true, it might contain the worst allegations of all.