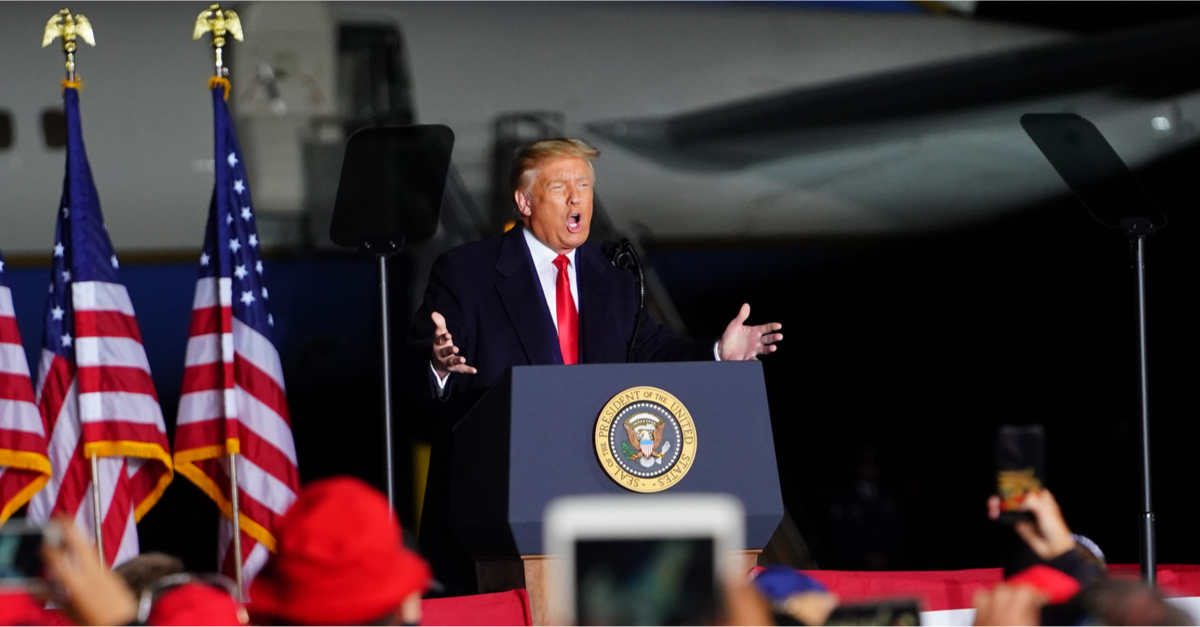 The following article, Trump’s Promotion of COVID Vaccines is Getting Mixed Reactions in MAGA Circles, was first published on Flag And Cross.

When we look at a our nation as a whole, and specifically as it pertains to attitudes toward the COVID-19 pandemic, we often find that the two sides of the aisle have vastly different opinions on the whole thing.

A lot of this surely has to do with freedom, and how the left believes that everyone is entitled to a finite amount of it.  On the right, however, freedom is paramount.  It is to be protected and developed and ensured at all costs.  Every small infraction by an overzealous government is a step in the wrong direction, and fits into the “give them an inch” anecdote all too well.

So when the government began pushing the possibility of vaccine mandates, many on the right, (and specifically the far right), pushed back.  And hard.

This is where Donald Trump’s strong feelings on the subject seem to irk parts of the MAGA universe.

On two separate occasions this past week, Trump advocated for people to take the COVID-19 vaccine. On Sunday, crowds booed the former president when he told Bill O’Reilly that he’d taken a COVID-19 vaccine booster shot and was pro-vaccination. Trump doubled down on his stance during an interview with the conservative commentator Candace Owens on Wednesday, hailing the vaccine as “one of the greatest achievements of mankind.”

“No, the vaccine worked. But some people aren’t taking it. The ones that get very sick and go to the hospital are the ones that don’t take their vaccine,” Trump told Owens.

“If you take the vaccine, you’re protected. Look, the results of the vaccine are very good. And if you do get it, it’s a very minor form. People aren’t dying when they take their vaccine,” he added.

The conservative media machine was not having it.

On social media, right-wing figures, such as the conspiracy theorist and InfoWars talk-show host Alex Jones and the recently subpoenaed “Stop the Steal” organizer Ali Alexander, came out in force to rebuke Trump over his position.

“Remember when Trump said you would be playing right into the Democrats hands by mocking the rushed, ineffective shot? Yeah, Joe Biden praises him and his booster shot,” Alexander wrote on his Telegram channel on December 23.

“Trump, stop. Just stop. Have your position (backed by Fauci) and allow us to have ours (which is backed by science). This losing is getting boomer level annoying,” Alexander wrote.

The former President is also tooting his own horn a bit, having himself presided over the work of Operation Warp Speed – something that even Joe Biden has been forced to praise him on.