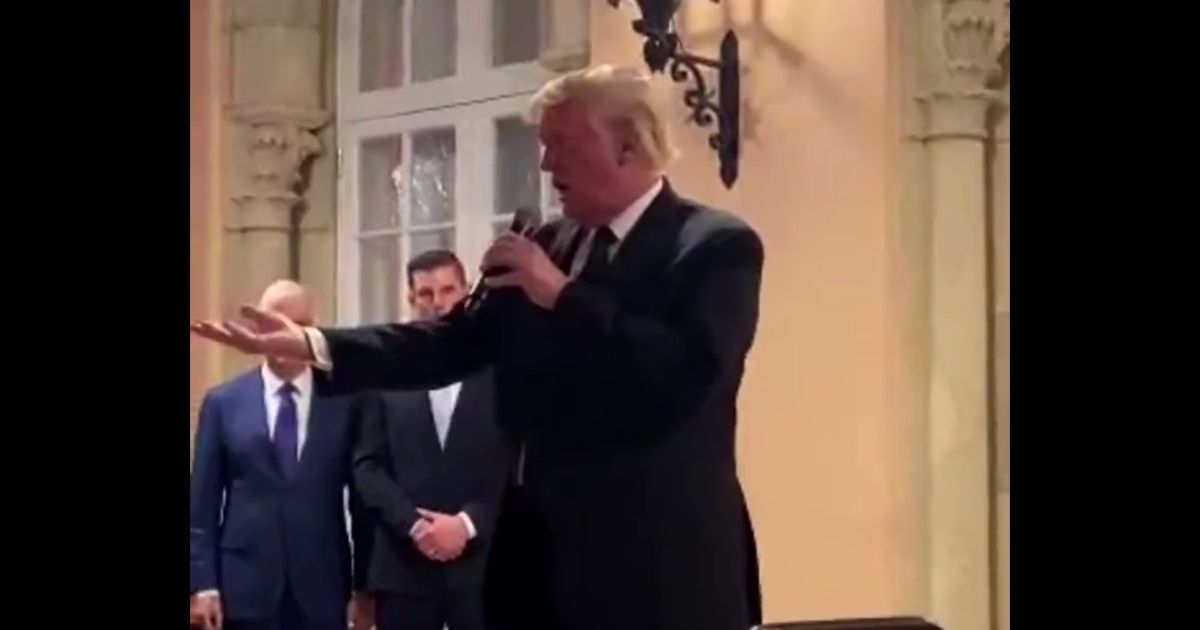 The following article, Trump Announces He’ll Hold an Event on January 6, was first published on Flag And Cross.

Former President Donald Trump announced Tuesday that he will not let the one-year anniversary of the Capitol incursion go unmarked.

In an emailed statement to his supporters, Trump said he has plans for a Jan. 6, 2022, event at his Mar-a-Lago estate in Florida, during which he will hold a news conference.

Most of Trump’s statement was a jab at the House Select Committee that House Speaker Nancy Pelosi commissioned to investigate the Capitol incursion.

Trump said that the panel has political blinders on as it looks of the events of that day, which included a large, peaceful protest as well as the incursion at the Capitol, in isolation.

“Why isn’t the Unselect Committee of highly partisan political hacks investigating the CAUSE of the January 6th protest, which was the rigged Presidential Election of 2020?” Trump said.

“Does anybody notice that they want to stay as far away from that topic as possible, the numbers don’t work for them, or even come close. The only thing they can do is not talk about it,” he said.

Trump blamed Democrats and fellow traveler Republicans who are siding with them for not getting to the core of what took place in the 2020 presidential election, which Trump lost to President Joe Biden.

After the election, Trump made multiple allegations of fraud and misconduct. Despite multiple lawsuits that were filed, none resulted in any major change to the results Trump has disputed.

“Look at what is going on now in Pennsylvania, Arizona, Georgia, Wisconsin, and, to a lesser extent, Michigan where the numbers are horrendously corrupt in Detroit, but the weak Republican RINOs in the Michigan House and Senate don’t want to touch the subject,” Trump said, saving particular scorn for those he considers Republicans in Name Only.

“In many ways a RINO is worse than a Radical Left Democrat, because you don’t know where they are coming from and you have no idea how bad they really are for our Country,” he said.

Trump, who has spent his time out of office supporting Republicans seeking election, said that America is not going to be under the heel of Democrats and their allies forever.

“The good news is there are fewer and fewer RINOs left as we elect strong Patriots who love America,” he said.

Trump on Sunday had offered a similar comment during a Dallas appearance.

“W​hat happened on Jan. 6 was a protest against a rigged election, that’s what it was,” Trump said during an appearance at the American Airlines Center, according to the Texas Tribune. “This wasn’t an insurrection.”

Trump noted that amid inflation and other crises, Americans are facing a difficult winter, but said summer is coming.

“I will say that there’s a lot of clouds hanging over our country right now, very dark clouds,” Trump said. “But we will come back bigger and better and stronger than ever before.”