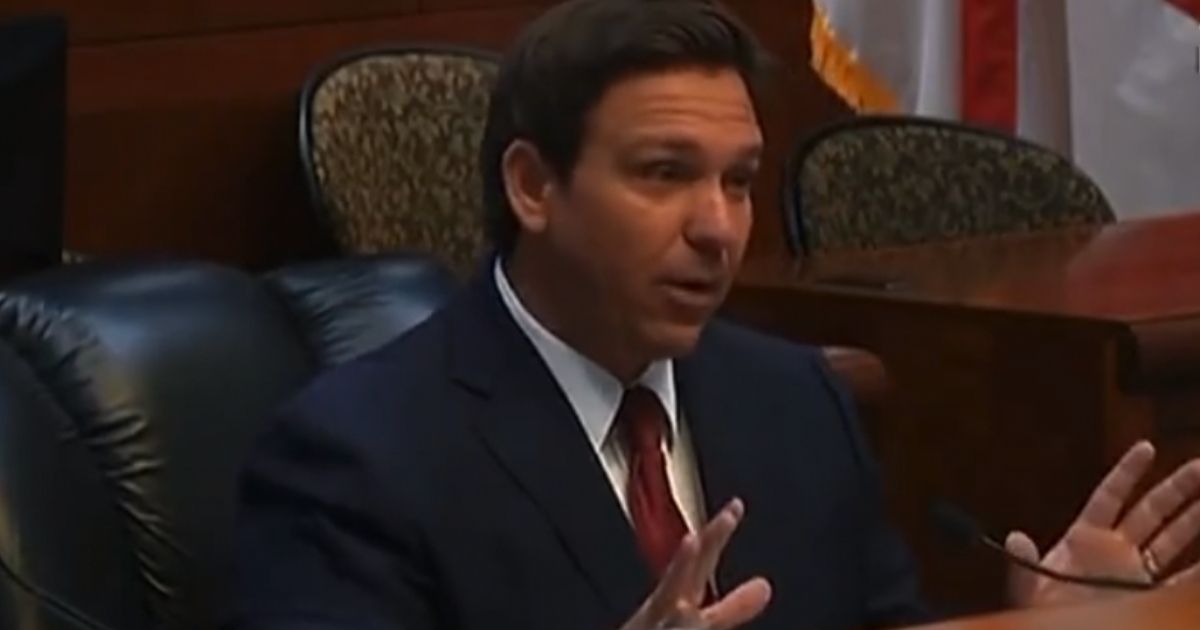 Florida Gov. Ron DeSantis, a Republican, took action on Monday to disentangle investments in the state’s retirement fund from the Chinese Communist Party.

At a State Board of Administration meeting, the governor, Chief Financial Officer Jimmy Patronis and Attorney General Ashley Moody moved to revoke all proxy voting authority from outside pension fund managers, according to The Epoch Times.

Additionally, DeSantis ordered an inventory of all of the state’s holdings to identify any investments in Chinese companies.

During his remarks, DeSantis blamed China’s rapid rise to superpower status on American elites who mistakenly believed that, “If we make China into the WTO, put them in, most favored nation … that will make China more like us.”

Not only has that not played out, the governor emphasized that China has influenced western governments.

“The whole experiment with China has been a big failure for the United States.”

It has led to the industrial heart being ripped out of America and being shipped to the far East. Our “elites” helped them become a superpower, so they could get rich quick off partnerships with the CCP. What DeSantis is saying here is hard to hear but is right on the money.

DeSantis continued in a statement: “If you look at how these major companies behave when faced with Chinese disapproval, they censor what the CCP tells them to censor, and we see groveling apologies.”

“I would like the SBA to survey the investments that are currently being done. When the legislature comes back, they can make statutory changes to say that the Communist Party of China is not a vehicle that we want to be entangled with. I think that that would be something that would be very, very prudent. I also think that our country as a whole, but certainly Florida, would like to see more production and manufacturing reshored, and we would be a great place to do that,” the statement continued.

“The idea of American elites was if you let China into WTO, that’ll make them more like us. U.S. elites are the #1 reason China is so powerful. Not only have we NOT influenced China to be more like the Western tradition — but China is influencing the West.” @GovRonDeSantis today pic.twitter.com/Ty0nZ5GARB

Patronis also addressed the group, as outlined in the statement. He appreciated “Governor DeSantis’ asserting our seat at the table when it comes to how SBA, and its fund managers, decide on investments. A sad reality is that too many federal leaders for too long have been missing-in-action when it has come to holding China accountable. As Americans got our cheap goods, the Chinese government wasn’t playing by the rules when it came to intellectual property or trade.”

“Meanwhile, they’ve been busy buying influence in Hollywood and Washington,” he explained. “Unfortunately, between COVID and the supply chain issues, we’ve seen how reliant our country has become on China. I take my fiduciary responsibilities seriously, and I think the SBA needs to start asking harder questions when it comes to whether investing anymore in China is a good idea. It seems limiting our exposure to China is not only good for our country, but it is the financially prudent thing to do for our state.”

“Some in Washington say we’re entering a Cold War with China. It seems like limiting our exposure to China is not only good for our country but is financially prudent,” Patronis concluded, according the The Times.

Once again, DeSantis is correct. Most Americans don’t really understand how China caught up to the U.S. so fast. In his remarks, he shines a light on the outsize role played by U.S. elites in facilitating China’s meteoric rise.

Every U.S. governor and every CEO should follow his lead.