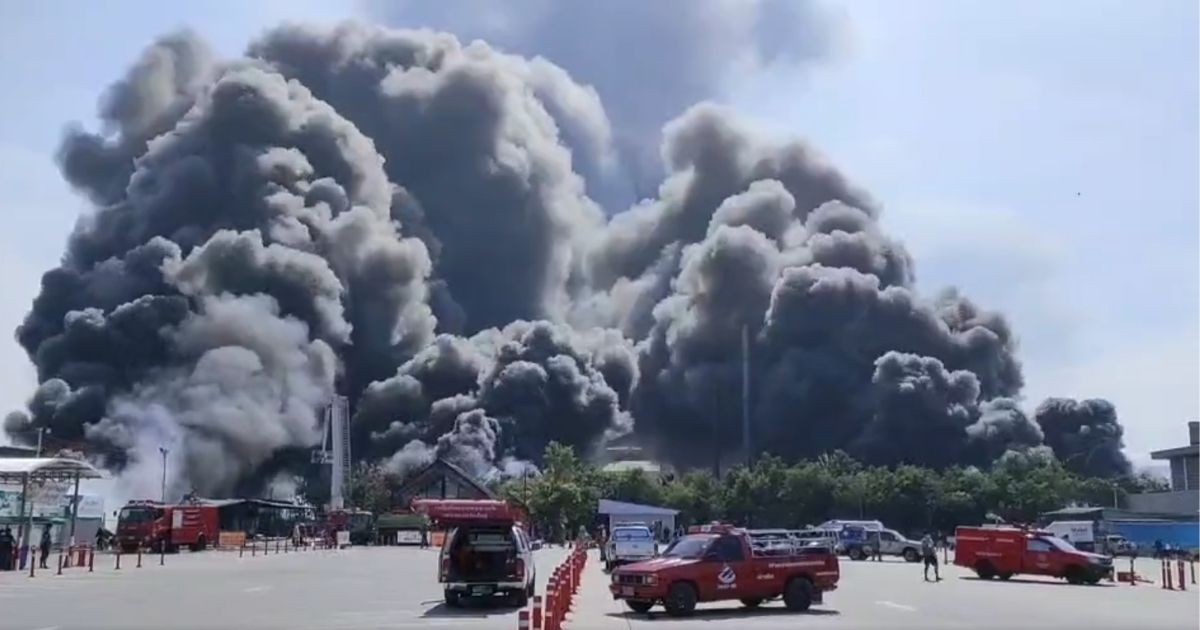 The following article, Disgruntled Employee Detonates Workplace Explosion in Thailand After Feud with Boss, was first published on Flag And Cross.

Hell hath no fury like a woman scorned. One woman illustrated that last month by setting fire to an oil warehouse after reportedly receiving a negative review from her boss.

According to the Daily Mail, 38-year-old Ann Sriya was tired of her boss Pipat Ungprapakorn, 65, who was “complaining” and “causing her stress.”

The Independent added that she had been reprimanded and was told she could improve her performance.

She’d been an employee at the Prapakorn Oil warehouse in the Nakhom Pathom province of Thailand for nine years, but that didn’t stop her from setting it ablaze on Nov. 29.

Security camera footage inside the warehouse showed her holding a piece of paper and disappearing behind a row of containers, where a fire broke out shortly after.

Thousands of liters of oil were lost in the blaze that consumed the warehouse, sending up fireballs and thick pillars of black smoke.

It took 40 fire engines and their crews four hours to put the fire out, all while making sure the fire didn’t spread to nearby homes.

Ann Sriya, fed up with her boss complaining and causing her stress, blew up #Prapakorn Oil warehouse in Nakhon Pathom province where she worked in #Thailand. pic.twitter.com/R1hjy37ueX

In all, the estimated damages came in around 40 million baht, which is around $1.2 million U.S.

One villager suffered a burned arm, but she is on the mend. Nearly a dozen nearby houses were also damaged. The nearby canal is being monitored to see if there’s any contamination.

Police later arrested Sriya on Dec. 1, and she confessed to the crime. She’d allegedly used a lighter to set a piece of paper on fire, then threw it on a container of fuel.

“This is the second time a fire has started from this factory,” Major General Chomchawin Purthananon said, according to the Daily Mail.

“She said her employer complained to her and caused her stress every day, and she did not expect the fire she started to cause this level of damage.”

Well I bet her Boss won’t do that again……….ROFL.