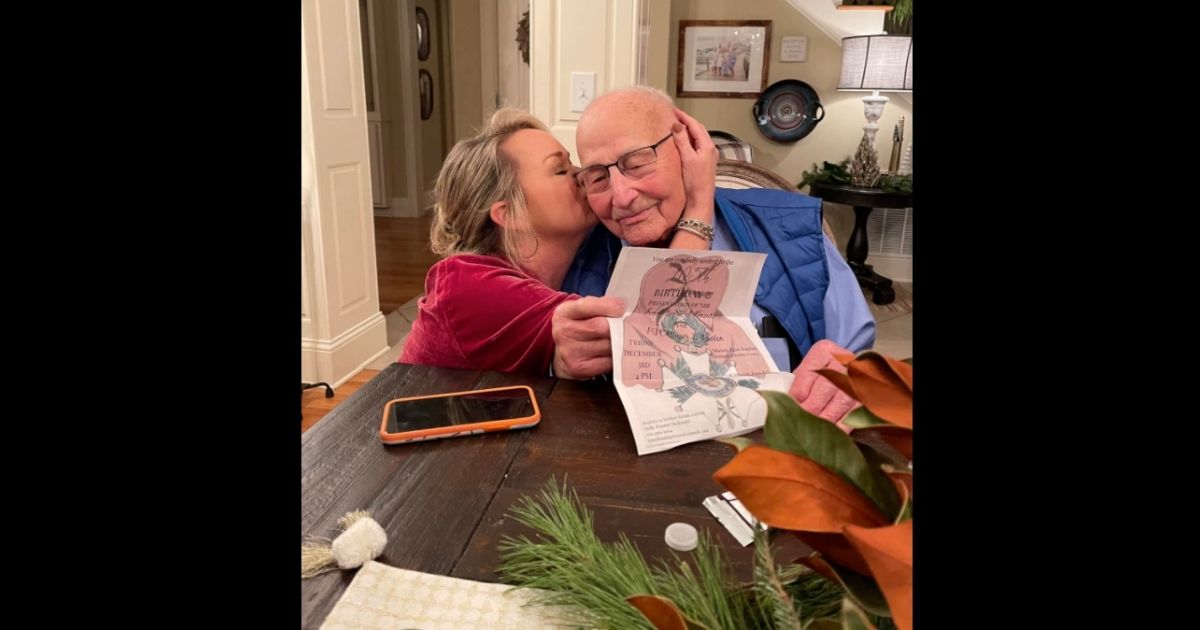 The following article, Upon Turning 105, WWII Veteran Celebrates Birthday with ‘Legion of Honor’, was first published on Flag And Cross.

Not everyone gets to boast a milestone birthday and being awarded the greatest military honor France has to give, but 105-year-old Major Wooten from Huntsville, Alabama, can.

Wooten was drafted into the Army in 1943, and by 1944 he was in Paris, France, repairing trains damaged by bombing, according to Fox News.

“As a mechanic with the U.S. Army 764th Railway Shop Battalion, Private First Class Wooten repaired damaged railway and hospital cars for use on the frontlines,” the Consulate General of France in Atlanta website read.

Wooten had never planned on making a military career but determined to answer the call when his country needed him, according to WXIA-TV. After coming home, he left the Army and started working for U.S. Steel in Birmingham.

Last year, the veteran caught COVID-19 — but made a complete recovery.

But this year, Wooten was treated to a birthday bash that included an award ceremony, where he also received the National Order of the Legion of Honor on behalf of French President Emmanuel Macron.

“The Legion of Honor is bestowed upon French citizens as well as foreign nationals who have served France or the ideals it upholds, including individuals who have contributed to the country professionally, as well as veterans such as the Americans who risked their lives during World War II fighting on French soil,” the consulate announcement read.

Last week, we decorated #WWII veteran Major L. Wooten with the #LegionofHonor. PFC Wooten served as a mechanic in Le Mans and Paris with the @USArmy 764th Railway Shop Battalion. The ceremony took place on Mr. Wooten’s 105th birthday!
Thank you for your service, sir

Wooten and his musically talented friend, Wood Newton, had written a song about his life and service, which was also played during the party, according to WXIA-TV. He was surrounded by proud family and friends who were happy to be celebrating his life and legend.

“Happy 105th Birthday Pop Pop!!!” Holly posted publicly on Facebook. “Your sweet demeanor, love for people and your lasting loyalty to those you love is unlike any other. Your strength and resilience should be studied (not to mention your wrinkle free cheek bones).

“You make 105 look like the new 80!!! You make us all proud to call you Pop Pop and I’m so grateful that your great grandchildren know you as they have been growing into young adults so they see first hand what the Greatest Generation (and their legacy) is made of. You will always be my greatest hero.

“Enjoy your day Pop Pop!! It will be filled with well deserved accolades, friends, family and those that want to honor the strong great man that you are!!

“We ALL LOVE YOU TIMES INFINITY!!!”