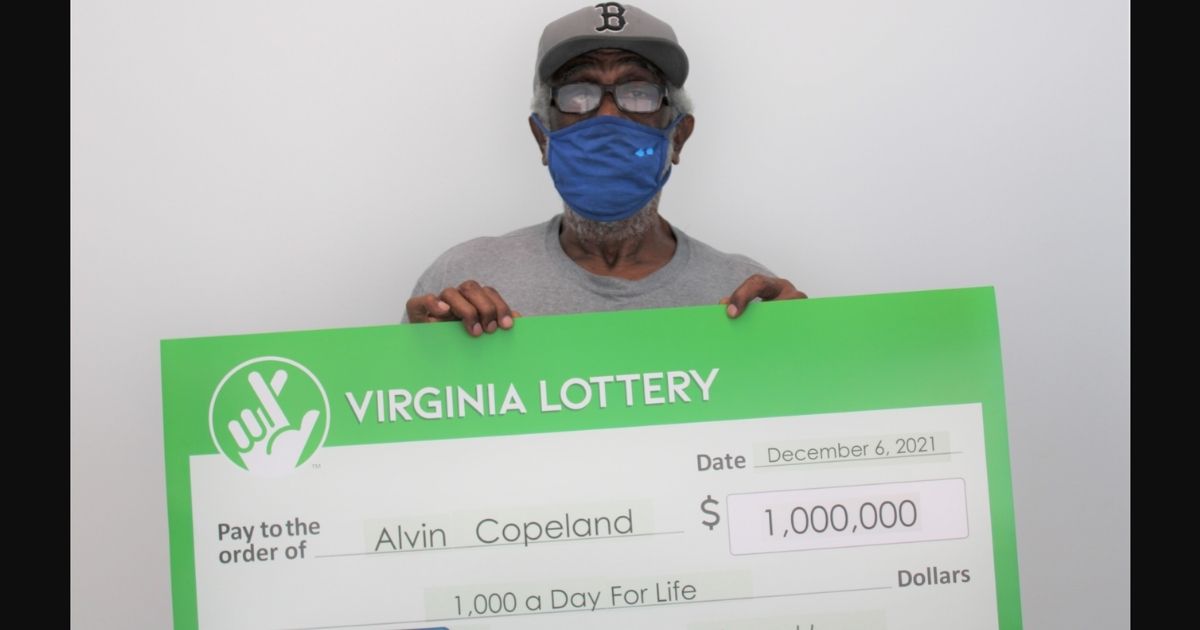 Winning the lottery twice is a lot like getting struck by lightning twice: It’s incredibly rare, but it’s possible. Of course, being the owner of a stack of cash is usually the nicer option, when it’s handled well.

Alvin Copeland of Suffolk, Virginia, struck it rich in June 2002 when he chose the five matching numbers in a Cash 5 game and became the proud winner of $100,000.

Apparently that only whetted his appetite and he continued to play.

He won again on Dec. 4 through the Cash4Life game, which is available to play in Florida, Georgia, Indiana, New Jersey, New York, Maryland, Pennsylvania, Tennessee and Virginia.

Copeland bought a ticket for $2 at a 7-Eleven in Suffolk, chose the numbers 8-11-25-45-48, and waited until the 9 p.m. nightly announcement to hear if he was a winner. To his delight, Copeland learned he had won the Dec. 4 drawing.

He hadn’t picked the correct Cash Ball number — which was 2 — but if he had, he would have ended up with even more cash.

The prize had two payout options: $1,000 per week for the rest of his life or a lump sum of $1 million. He went for the larger sum.

As he waited for the check, he said, “I feel delicious right now!” according to the Virginia Lottery website.

The odds were not in his favor, as the chance of winning is 1 in 21.8 million.

When asked how he has managed to choose the right numbers twice in the span of two decades, he said that he chooses numbers he likes to play.

He also said he plans on using his winnings to help care for his family, a choice that resonated with many readers.

“Congratulations cousin Alvin…lol Well I can dream that we are family,” wrote one woman on a Facebook post of the story by WTKR.

“Congratulations sir there’s no better way to spend it than on family you can’t take it with you,” wrote another.

Many added that they wished they could have been the winners. Others wondered why Copeland hadn’t remained anonymous. One commenter said that Virginia does not allow winners to remain anonymous when they claim their lottery prizes.

Still, it’s shaping up to be a good Christmas for Copeland and his family. What would you do with an extra million?