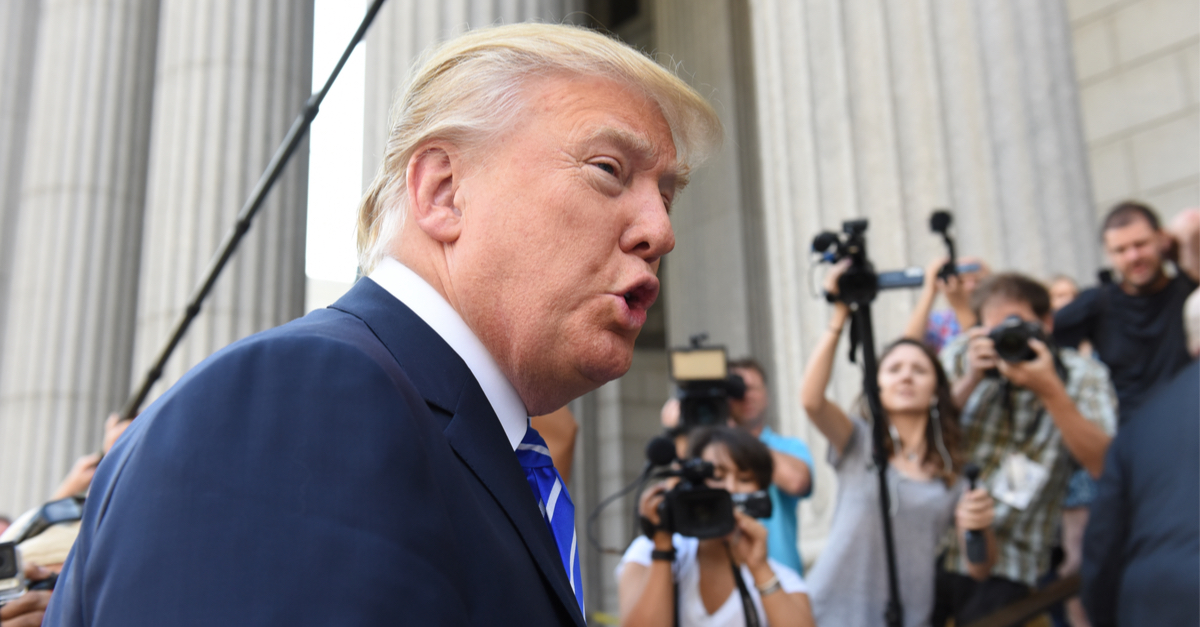 The following article, Trump Heads to Supreme Court to Stave Off J6 Committee, was first published on Flag And Cross.

As the Democratically-led select committee investigating January 6th continues to sniff around in the inner circle of former President Donald Trump, there is little doubt as to what their intent is, no matter how often they attempt to put on a benevolent disguise.

The group is almost certainly looking to re-adjudicate Trump’s acquittal in the Senate, that came after he was accused of, (and impeached for), allegedly “inciting” the insurrection at the Capitol on that fateful day.

With several members of his former advisory clique having already been saddled with criminal contempt charges, Trump isn’t taking any chances.

Former President Donald Trump asked the Supreme Court on Thursday to block a demand for White House records from the House select committee investigating the Jan. 6 Capitol riot by a mob of Trump supporters.

The request came two weeks after two lower courts rejected Trump’s argument that the records are protected by executive privilege, a legal doctrine that allows some White House communications to be kept private.

President Joe Biden had declined to invoke privilege over the disputed documents.

There’s no telling how this could all turn out, however.

The Supreme Court is not obligated to hear Trump’s case, which seeks to prevent the National Archives from giving the House committee hundreds of pages of records from the Trump White House.

The former president asked that until the Supreme Court decides whether to take his case, it blocks the records from being sent to the panel in the meantime.

Trump asking for post-presidential executive privilege isn’t outlandish in the least, as the media may have you believe, with Presidents are recently as Ronald Reagan being afforded the right in the case of the White House diaries in 1990.