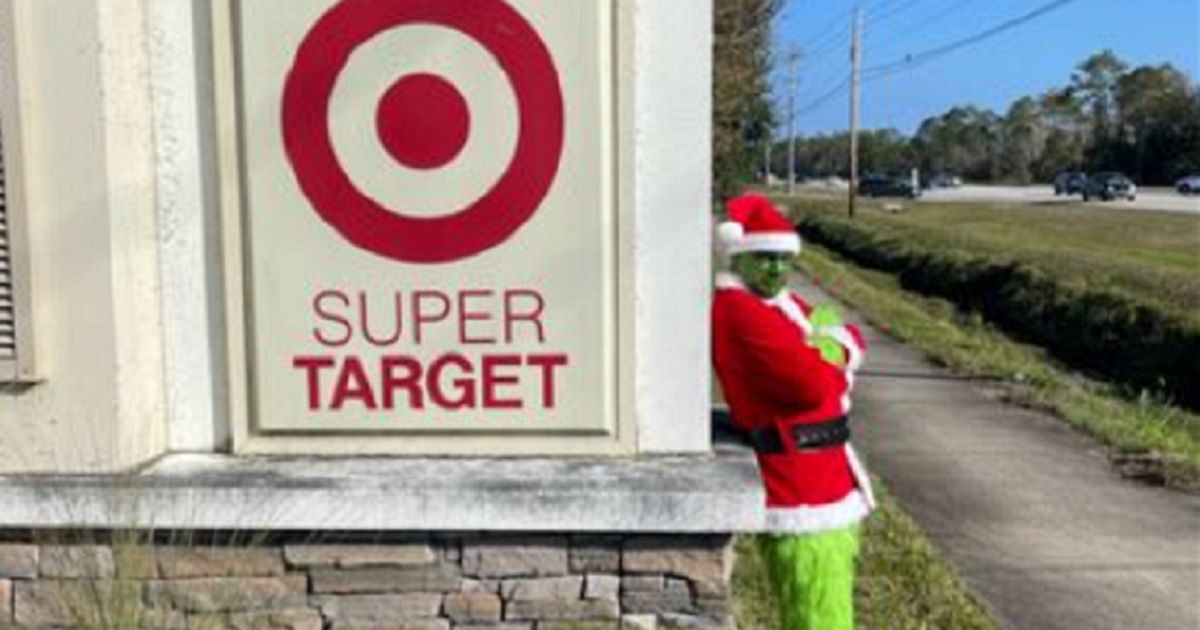 The following article, Target Canceled ‘Shop With A Cop’ Event, So Deputies Took Matters Into Their Own Hands, was first published on Flag And Cross.

For the past 10 years, police officers and children alike in Flagler County, Florida, have looked forward to a unique, heartwarming aspect of the Christmas season: “Shop with a Cop,” made possible through a partnership with Target.

This partnership has taken place in many different counties, ensuring that kids who might not normally get presents on Christmas morning have the opportunity to experience and create a truly merry Christmas.

This year began the same way, according to a letter from Flagler County Sheriff Rick Staly to Target Corp. Officers alike were getting excited to bring some cheer to needy families.

And then a very unexpected email hit the sheriff’s office on Oct. 6, canceling not just the event but the entire partnership.

In his letter to the corporation, Staley communicated in no uncertain terms how his office felt about the news, and he made it public.

“We worked with your local Palm Coast store, selected a date and your employees were once again excited to participate,” Staly wrote.

“Then on October 6, 2021 my staff received an email abruptly cancelling the partnership. We were told Target ‘retired’ the ‘Heroes & Helpers’ program and was ‘introducing a new give-back program to serve our communities, anchored to our purpose of helping families discover the joy of everyday life. We’ll be expanding our impact and reach, partnering directly with local nonprofits organizations across the country to provide families in need with essentials, gifts and more.’

“When we informed Target staff that Flagler Sheriff’s Children’s Charities was a nonprofit 501(C)(3) the email was ignored and no response was received.”

The sense of betrayal ran deep. Staly accused the Target Corporation of “propaganda,” arguing the company was giving mere lip service to its values regarding their public safety partnerships, community engagement and being “a shining example of public-private partnership.”

He also accused Target of following “the pathway of political convenience” and said the company was displaying “‘Grinch’ like behavior.”

Despite the great disappointment of the situation, the sheriff’s office rallied and made sure that the needy children in its area wouldn’t suffer from Target’s seemingly abrupt decision.

So the sheriff’s office did what many people disenchanted with Target do: Turned to Walmart, which the sheriff said welcomed them “with open arms.”

Thanks to generous donors, Flagler County Sheriff’s Office employees and Walmart, over 100 children were still able to go Christmas shopping, each one receiving $175 to shop for themselves and their families., Staly wrote.

“When Target Corporation directed the local Palm Coast Target to cancel the Flagler Sheriff’s Children’s Charities planned Shop with a Cop event, the Grinch paid a visit,” the original post from the sheriff’s office stated.

“The Grinch then found a heart and joined FCSO and others in taking 125 kids on a free shopping spree to Walmart! (Paid for by donations from FCSO employees and the community.) Thank you Walmart for stepping-up and supporting Flagler Sheriff’s Children’s Charities Shop with a Cop event. See you next year!”

Staly added that Walmart went all out for the kids — and he was sure to add in a salty detail about the ex-partner.

“On December 10, 2021, we took over 125 culturally diverse children partnered with over 125 law enforcement, corrections and professional support employees shopping,” Staly wrote. “Starting with a party, train rides, face painting, crafts, games and much more they rode in patrol cars with lights flashing and sirens blaring to Walmart (ironically, we drove by Target on our way to Walmart).”

Staly was clear to point out that his problem was not with the local Target or its employees (he noted that they were happy to participate), but with the change that came down from corporate. He painted Walmart in a much more positive light.

“This is community policing and building bridges with our future at its best! A concept you have apparently abandoned by cancelling your partnership with law enforcement for the holidays,” he continued.

“Please understand the purpose of this letter, it is not seeking financial support or backing, as you can see we take care of our own. Rather, this letter is designed to highlight the hypocrisy and double-speak which your organization demonstrates. Caving into divisive rhetoric does not build a community but erodes its foundation.”

The Flagler sheriff’s office has also started a GoFundMe acount for next year’s “Shop with a Cop” event, and is hoping to reach even more children next year.

The post containing the sheriff’s letter to Target has gone viral, being shared over 32,000 times — and many users have voiced their opinion that Target has missed the mark.

The Western Journal has reached out to Target Corporation for comment but has not yet received a response.

Continue reading: Target Canceled ‘Shop With A Cop’ Event, So Deputies Took Matters Into Their Own Hands ...