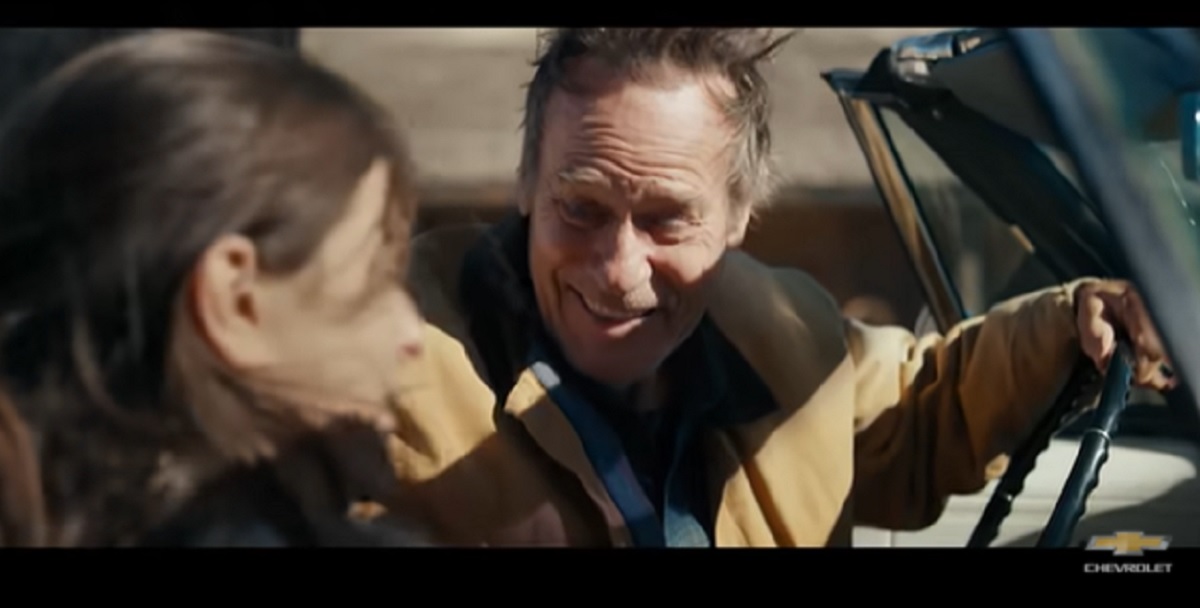 The following article, As We Drown in Wokeness, Chevy Rolled Out a Stirring All-American Christmas Commercial, was first published on Flag And Cross.

As raging inflation, toxic wokeness and terrifying crime waves engulf the nation, a touching Christmas commercial from Chevrolet is winning raves for its simple message about the enduring power of conservative values such as love of family, small-town collegiality and respect for elders.

The four-minute Chevy ad, which is based on a true story, centers around a grieving widower who finds hope again, thanks to the love of his thoughtful daughter and caring neighbors.

The commercial, titled “Holiday Ride,” begins with a lonely widower in rural America walking outside to his barn with his dog. In the barn, the dilapidated car of his late wife stands abandoned and neglected.

After putting a Christmas wreath on the barn door, the widower sits in the car and looks at an old photo of his beautiful late wife.

He tearfully reminisces about her and flashes back to a warm memory of how happy she was when he gave her the 1966 Chevy Impala as a gift when they were young.

As he leaves the barn and closes the door, the widower’s daughter notices his dejected demeanor from afar.

That prompts the daughter to go into town and ask a local auto shop to refurbish her late mom’s Chevy. At one point, she says her mother had taught her how to drive in that car.

The mechanics decide to work together at night to secretly repair and restore the Chevy Impala to its former glory.

In one hilarious scene, the daughter loudly washes the dishes to cover up the noise being made outdoors when the mechanics come by at night to tow the car from the garage.

The father, who’s eating dinner at the time, looks slightly annoyed at all the noise his daughter is making while doing the dishes.

In the next scene, the daughter and the auto shop employees work together to meticulously wash, repair and repaint the car.

As the ad comes to a close, we see the despondent widower walk to his barn again. This time, he notices that the Christmas wreath he had hung on the door a few days earlier was replaced by a more festive one.

When he opens the barn door, he’s stunned that his late wife’s Chevy Impala has been beautiful restored. He sits in the car and marvels at its revived mint condition.

At that point, the widower notices a miniature photo of his wife hanging from the rearview mirror and tears up.

The man then turns on the ignition and slowly drives the car out of the barn.

He stops the car in front of his house, where his daughter awaits. She gets into the car and the grateful father breathlessly says, “Thank you.”

The daughter replies tearfully, “It’s what Mom would have wanted.”

The father adds, “It’s the best Christmas gift I could ever have.”

The two then drive off, with their faithful dog, ready to make wonderful new memories in the restored Impala.

The commercial was widely applauded on Twitter, with numerous users saying it brought them to tears.

No matter what your taste in cars is, the ad strikes a nerve because it cuts through the divisive political propaganda we’re constantly bombarded with.

Interestingly, the commercial tacitly but powerfully champions rural, middle-class, blue-collar Americans. This is a group that Democrats, Hollywood and the establishment media routinely mock and belittle.

What #JoeManchin, who represents a population smaller than Brooklyn, has done to the rest of America, who wants to move forward, not backward, like his state, is horrible. He sold us out. He wants us all to be just like his state, West Virginia. Poor, illiterate and strung out.

You can easily imagine that if a liberal had made this ad, the daughter would’ve been an angry transgender, BLM activist with purple hair who would’ve burned down the barn to protest a gas-guzzling American-made car.

She also probably would’ve accused her dad of “toxic masculinity” by saying he objectified his late wife by grieving over a photo of her looking pretty and feminine.

So many Christmas commercials these days are toxically woke, but Chevy’s “Holiday Ride” isn’t — and thank God for that.

Continue reading: As We Drown in Wokeness, Chevy Rolled Out a Stirring All-American Christmas Commercial ...