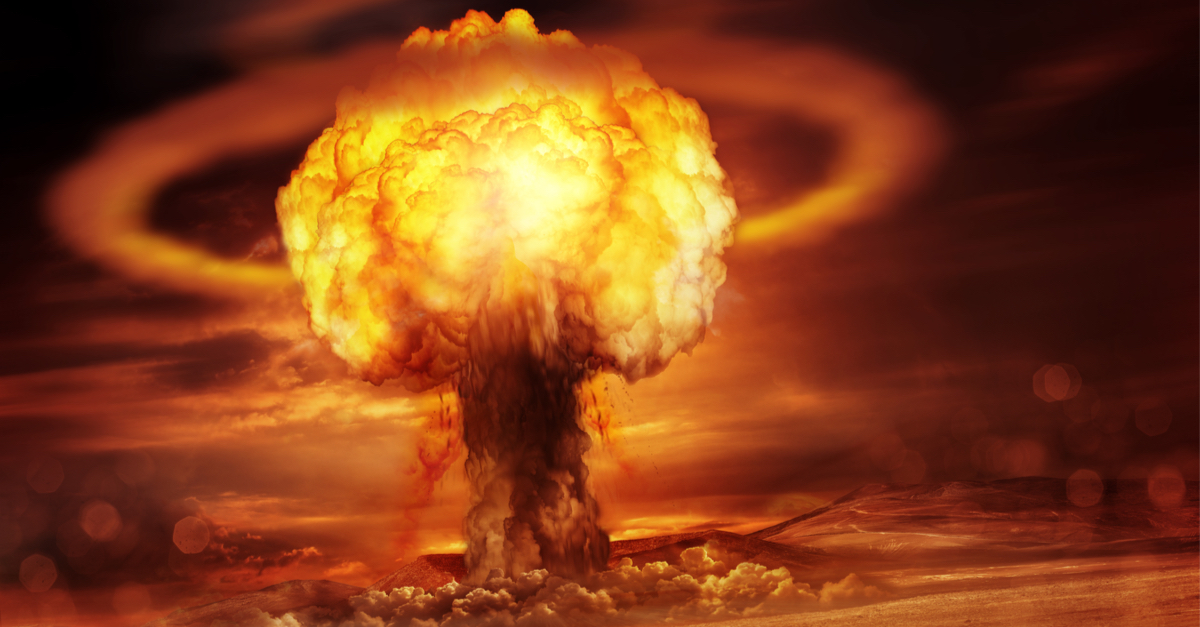 The following article, RADIOACTIVE DUST: Putin Threatens Any Who Dare to Stop Ukraine Invasion, was first published on Flag And Cross.

Vladimir Putin isn’t even trying to hide it anymore, and his belligerence could have a profound affect on the world at large.

Putin appears poised to invade Ukraine in a matter of days, (hours really), with some in the British intelligence services believing that the Russian army could begin their bloodshed on Christmas Eve of all days.

That alone would be grounds for a great reckoning with the global community, but Putin has now taken things to the next level, spraying threats of nuclear war around the Moscow media.

Vladimir Putin primed Russia for war against Ukraine today, with his media mouthpiece warning NATO to back off or “everyone will be turned to ash”.

The Russian President told military chiefs and defence ministers Moscow will take “military measures” in response to tension with the West – as his troops amass close to Ukraine.

Putin was referring to a Western bid to bolster Ukraine with weapons and military training.

He said: “In the event that the clearly aggressive line of our Western colleagues continues, we will take adequate retaliatory military-technical measures, and react toughly to unfriendly steps.

Then came the most alarming soundbite in some time:

He told NATO to back off, adding: “Otherwise, everyone will be turned into radioactive ash”.

NATO wasn’t the only global group urging Putin to check his tone, with the G7 leaders having already warned the global menace to watch where he steps in relation to Ukraine.