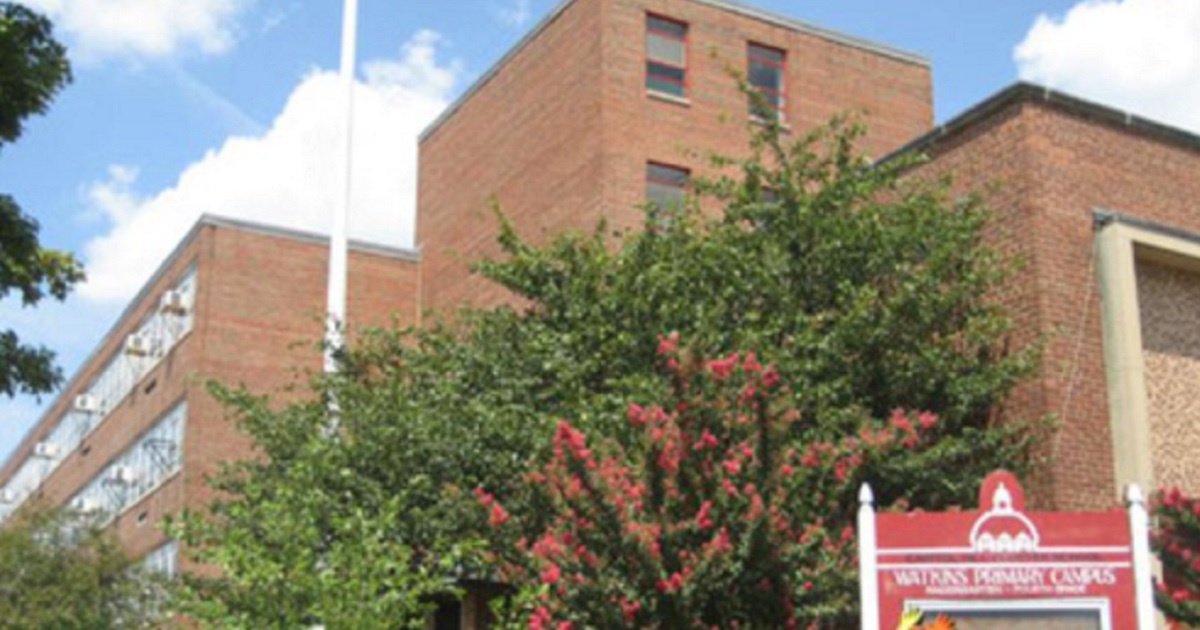 The following article, Parents Outraged After DC School Instructor Makes 3rd-Graders Act Out Genocide of the Holocaust: Report, was first published on Flag And Cross.

A Jewish third-grader was forced to portray Adolf Hitler when a Washington, D.C., school instructor made children reenact scenes from the Holocaust in the school’s library, according to news reports.

But the instructor claims the story has been distorted.

An email Friday from Watkins Elementary School Principal M. Scott Berkowitz to the parents of third-graders at the school outlined what it said took place, according to The Washington Post. The instructor has been placed on leave, the Post reported.

The email said the Friday lesson included “students being asked to portray participants from the Holocaust like Adolf Hitler, digging ditches to serve as mass graves, and simulated shootings. It was also alleged that the staff member leading the lesson also made anti-Semitic statements,” according to WTTG-TV.

The Post said that a parent whose child was involved said the child forced to play Hitler was Jewish, and that he was told to pretend to commit suicide. Hitler shot himself in a bunker in Berlin 1945.

One child was told to pretend to be on a train to a concentration camp and pretend he was being killed in a gas chamber, a parent told the Post.

The instructor at Watkins Elementary School allegedly assigned specific roles to students while in library class, casting one student as Adolf Hitler, and directing students to dig mass graves and simulate shooting victimshttps://t.co/P2yQ3wvrJv

That child also had to pretend to shoot his peers, the parent said.

One parent said pupils why the Germans did what they did, and were told by the staff member it was “because the Jews ruined Christmas,” the Post reported.

Students were told by the staff member not to talk about what she had them do, but they told a teacher anyway, the Post reported.

“I want to acknowledge the gravity of this poor instructional decision, as students should never be asked to act out or portray any atrocity, especially genocide, war, or murder,” Berkowitz wrote in the email, according to the Post.

When WTTG spoke with a parent whose name was withheld, the woman said the children were harmed by the lesson.

“My husband picked up our child after school and there was a lot of sobbing and crying and distress,” the mother told the station.

The children involved “are traumatized. One parent said that their child was worried the teacher in question was hiding at their house. Children are having nightmares and generally having a very hard time,” she said.

The child forced to play Hitler is “not doing well at all,” she said.

The school district offered a statement in response on Sunday, according to WTTG:

“DC Public Schools is committed to creating a welcoming environment for all students. Last week,  we received a report of a classroom of students receiving a lesson that included portraying different perspectives of the Holocaust. Students should never be tasked with acting out any atrocity, especially genocide and war. Additionally, there were allegations of a staff member using hate speech during the lesson, which is unacceptable and not tolerated at any of our schools. This was not an approved lesson plan, and we sincerely apologize to our students and families who were subjected to this incident. We have launched an investigation, and students are being supported by our DCPS Comprehensive Alternative Resolution & Equity Team.”

WTTG said it spoke to the instructor, whom it identified as the school “librarian,” but withheld the name pending an investigation.

“I think somebody’s misquoting what happened in the library that day,” she said, adding that no reenactment of the Holocaust and no hate speech took place.

However, the station said the instructor declined to answer “when asked repeatedly whether there was any discussion about the Holocaust.”

The letter to parents came as a surprise, she told the station.

“I’m going to wait for the investigation. I was shocked to see it myself,” she said, according to WTTG.

Of course it happened. You simply can’t make this stuff up. If 2 or more students report the same story, IT HAPPENED.