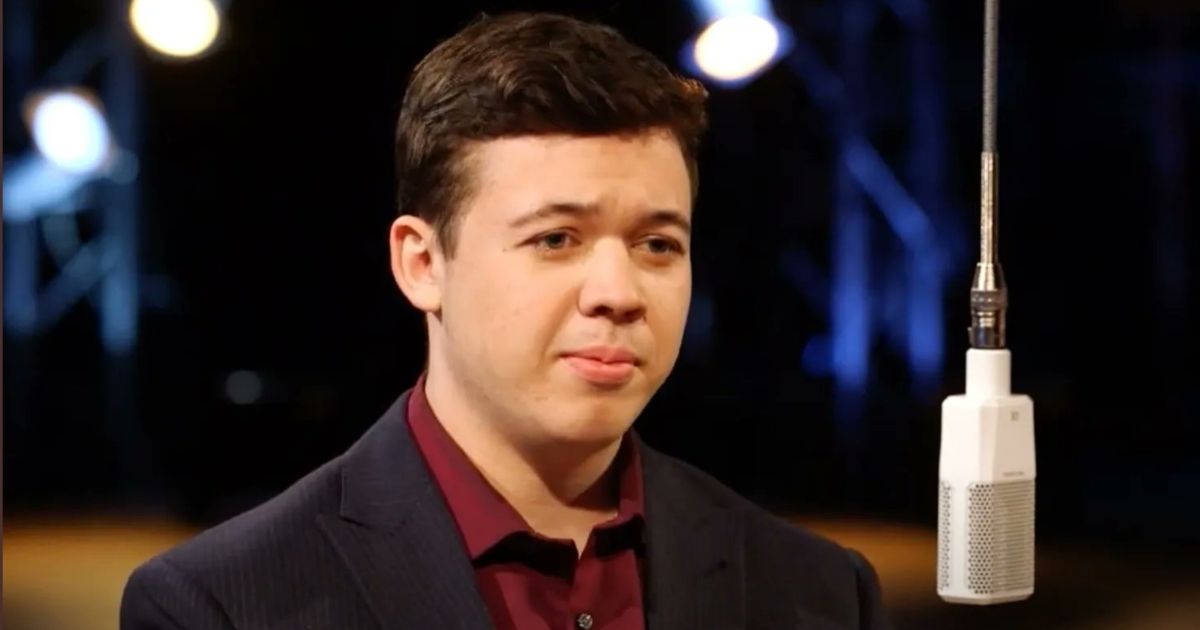 The following article, Kyle Rittenhouse Issues Warning to Media Outlets That Disparaged Him, was first published on Flag And Cross.

On the rebound a month after his acquittal on murder charges, Kyle Rittenhouse indicated Monday night he is not likely to forget the way media outlets trashed him.

“There’s going to be some media accountability coming soon,” Rittenhouse said told Fox News in an interview Monday while he was in Phoenix for the AmericaFest conference hosted by the conservative group Turning Point USA.

It was a one-sentence warning that should have mainstream news organizations scrambling.

During his interview with Fox, Rittenhouse was answering questions about the media coverage that all but convicted him of murder for shooting three men in self-defense during the riots in Kenosha, Wisconsin, in August 2020. Two of the men died.

Rittenhouse was acquitted of the charges Nov. 19.

He didn’t get into particulars about the media in the Fox report, but as Bob Ehrlich, former Maryland governor and conservative commentator has pointed out, the coverage of the Rittenhouse case was atrocious.

“The original reporting included actual facts: the riots, the property destruction, Rittenhouse’s travels to and from the riots, the confrontations, the shootings and the deceased,” Ehrlich wrote last week. “But these predicate facts were immediately stitched together to fit the preferred media narrative of a white supremacist-gone-wild — despite the presence of a widely available exculpatory video.

Rittenhouse was also asked about Nicholas Sandmann, the Kentucky teenager who was smeared by the mainstream media as racist after a January 2019 confrontation after the March for Life in Washington, D.C.

On Friday, Sandmann announced a settlement in his lawsuit against NBC over its coverage of his case. He had previously settled with The Washington Post and CNN. He has urged Rittenhouse to make a stand against the media.

“Good for him,” Rittenhouse said when asked about the settlement.

In his address to the AmeriFest crowd, Rittenhouse noted that, all along, his legal case was about more than one person and one incident.

“I think my trial was an example of them trying to come after our Second Amendment rights, our right to defend ourselves and trying to take our weapons,” Rittenhouse said, according to the Arizona Republic.

Rittenhouse, who was 17 at the time of the Kenosha shootings, said faith helps him endure.

“I believe God’s been with me every day of the trial, every day since Aug. 25 …  I pray to Him every single night … I pray for strength to get through whatever happens to me,” he said, according to the New York Post.

Rittenhouse said preparation for the fishbowl that was his trial was intense, but necessary.

But in his Fox News interview, he offered a different take on his decision to head to Kenosha last summer to protect businesses that were in danger of arson from rioting mobs.

“[With] what I was dragged through and what I had to go through — to facing life in prison — I wouldn’t say it was worth it,” he said, according to Fox,  “hindsight being 20/20.”

Rittenhouse has an Arizona connection. He attended online classes at Arizona State University and had to endure a post-verdict protest when some students wanted the school to expel him. He said he plans to go back.

“I deserve an education like anybody else, and I look forward to attending in the spring,” he said.

In his AmeriFest address, Rittenhouse offered those attending his method of surviving.

“Always be humble and look at the positives in life and focus on today and not tomorrow,” Rittenhouse said, according to the Post. “You can only live one day at a time.”

And as for what’s next, he hinted at a media lawsuit — “be on the lookout,” he said, according to the Post.

But he was more definite on other plans.

“Looking to getting on the mountain to go snowboarding,” he said.