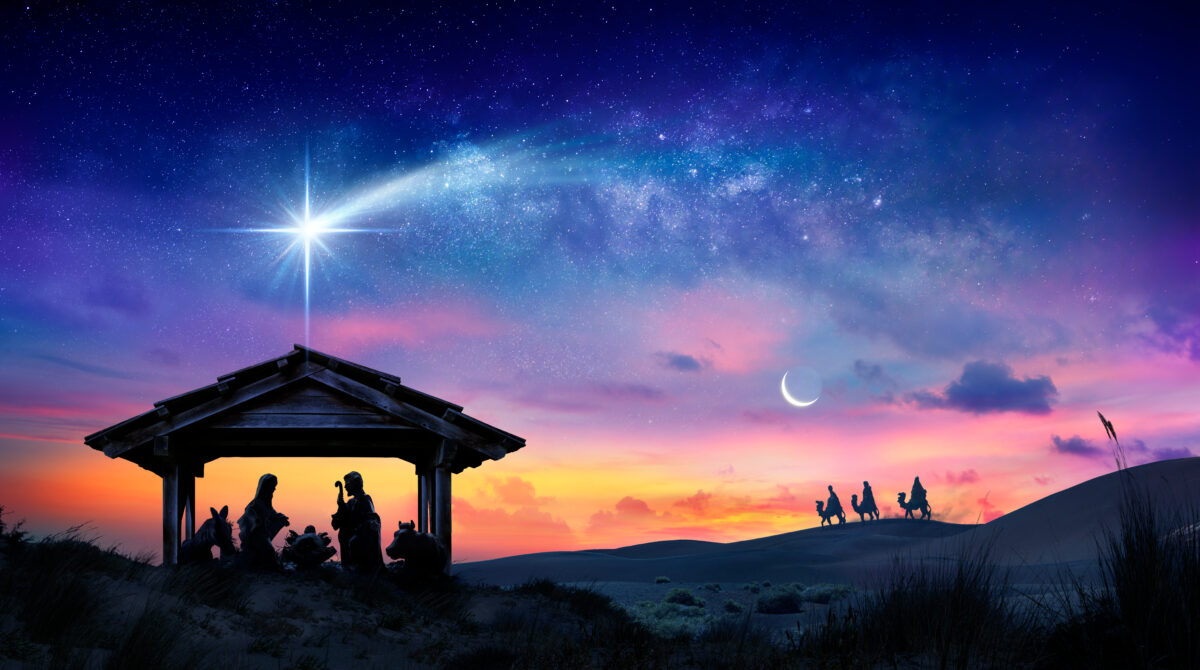 The following article, Trump Gives Stirring Christmas Message: Our County Has a Savior and It’s Someone Much Higher Up Than Me, was first published on Flag And Cross.

It is no secret that the United States is divided right now. The political temperature is high, and each side has grown increasingly frustrated with the other.

The country needs a Savior, but it is not going to be an elected politician. In a speech at First Baptist Dallas on Sunday, former President Donald Trump made this abundantly clear.

According to KTVT-TV, Trump attended the Texas church with his friend Dr. Robert Jeffress, who is the senior pastor. Members and other visitors waited “several hours” to hear Trump speak.

Trump began his message by discussing various issues plaguing the country. They included the Afghanistan withdrawal, the border crisis and inflation, KTVT reported.

“I think our nation is in great trouble,” he said. “There’s a lot of clouds hanging over our country right now. Very dark clouds. But we will come back bigger, better and stronger than ever. I’m telling you that.”

While the message certainly had political undertones, Jeffress said Trump did not cross the line of what was appropriate for the setting.

“I don’t think the president said anything overtly political,” Jeffress said. “He didn’t mention any candidates he was supporting or opposing.”

However, it was what Trump said next that was the most powerful portion of his message.

After his initial speech, which lasted about 10 minutes, Trump moved into his Christmas message, KTVT reported.

“When I was listening to Robert [Jeffress], perhaps unknowingly, you used the word ‘Savior’ a lot,” Trump said.

The next 24 words were exactly what America needed to hear.

“Our country needs a Savior right now, and our country has a Savior, and that’s not me,” Trump said. “That’s somebody much higher up than me.”

The nearly 4,000 people in attendance gave his reminder roaring applause. Kerry Stuvar, who was one of the people in the sanctuary, told KTVT he was inspired by Trump’s message.

Trump’s admission that our Savior is not him, but rather the Lord, is a stark contrast from President Joe Biden’s attitude during his first 11 months in office.

All you have to do to recognize Biden’s pride is take a look at his titles for his policy plans.

With headlines such as “Build Back Better” and “American Rescue Plan,” Biden’s message is clear: Trump ruined America, and now I’m going to swoop in and fix it.

To be fair, Trump is no stranger to pride. It is that very pride which led him to say regrettable things during his own presidency. But at the end of the day, Trump is willing to admit he is not capable of saving America on his own.

Only God can accomplish such a feat, and that is a fact that many politicians would benefit from remembering.

Continue reading: Trump Gives Stirring Christmas Message: Our County Has a Savior and It’s Someone Much Higher Up Than Me ...