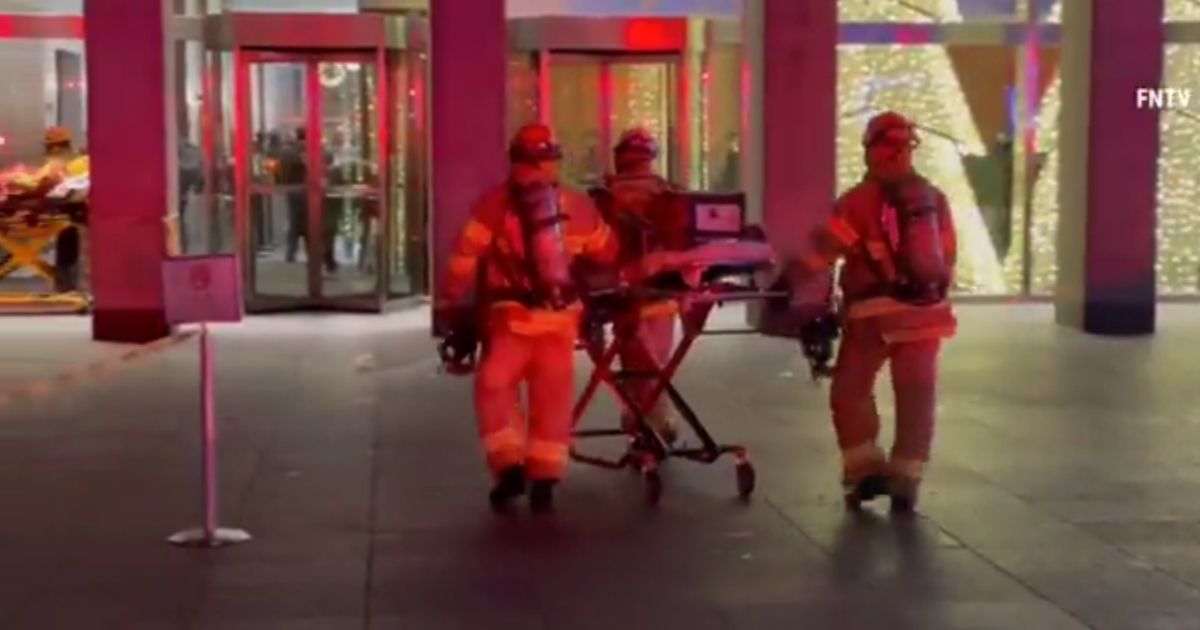 The following article, Fire Breaks Out at Fox News HQ, 26 FDNY Units Respond, was first published on Flag And Cross.

For the second time in two weeks, the New York City Fire Department was called to put out a fire at FOX News Channel headquarters in Midtown Manhattan.

Last time, on Dec. 8, a man reportedly climbed the news channel’s 50-foot-tall Christmas tree, lit some papers he had brought with him and set the tree on fire.

This time, on Sunday night, the fire department was called to the basement of the building FOX News is housed in, where there was “a fire in a compactor” according to WNYW-TV.

— NEWS: VIDEO: The FDNY earlier worked to extinguish a fire at the basement of a 46-story office building that houses Fox News in Midtown Manhattan. One person suffered injuries. There is currently no word on the cause.

This was no small incident.

As many as 26 units responded to the fire. This included 84 firefighters and emergency medical services members.

Although WNYW reported that one person was injured, the extent of the victim’s injuries has not been revealed.

The cause of this most recent fire remains under investigation, according to WNYW.

Conversely, the cause of the Dec. 8 fire has been determined and an arrest has been made.

#BREAKING: Fox News Christmas tree has caught fire outside their HQ on the Avenue of the Americas

Shannon Bream announces on Fox News Night that Fox News’s Christmas tree has caught fire outside their HQ on the Avenue of the Americas. pic.twitter.com/FURa4Vo20W

The party allegedly responsible — Craig Tamanaha, 49 — was arrested on the scene, according to WABC-TV.

Police revealed Tamanaha was homeless, his last known address being a home in Brooklyn.

In the past, Tamanaha has been arrested for drug possession and public intoxication.

In total, the structure took workers roughly 21 hours to put up.

Fox News later announced that the tree display would be rebuilt.