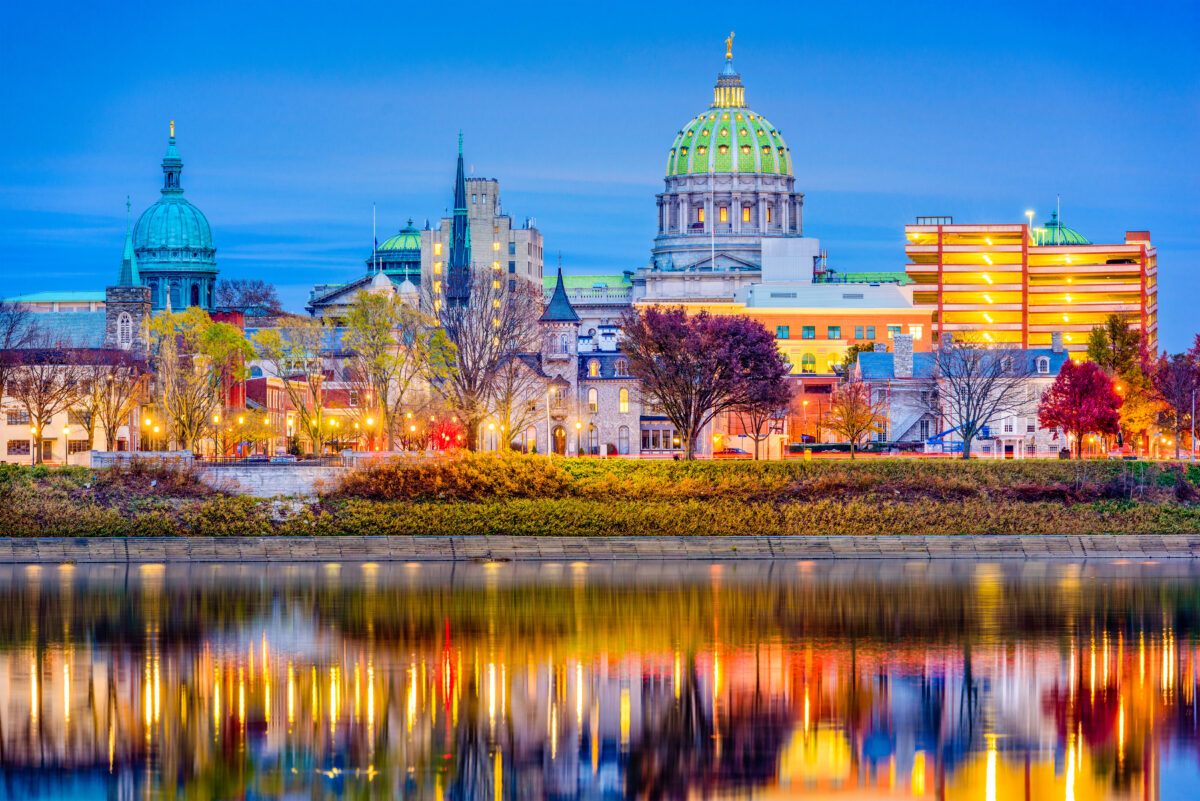 In his new budget proposal, Republican Florida Gov. Ron DeSantis allocated millions of dollars to remove illegal aliens from his state. Now, another gubernatorial candidate wants to take a page out of the DeSantis book.

According to Breitbart, Pennsylvania governor candidate Lou Barletta said he is also tired of the federal government letting illegal immigrants into the country and then forcing the problem onto individual states.

“We’re not going to be accepting illegal aliens from the border,” said Barletta, a former Republican U.S. representative and former mayor of the east-central Pennsylvania city of Hazleton.

“They’re shutting down businesses, making you take a vaccine that you don’t want, putting masks on your kids all day long, and yet they’re letting people come in from the border and shipping them to Pennsylvania and other states with no idea with what their health conditions are. That all comes to an end” if he is elected.

The budget DeSantis is proposing in Florida — dubbed the “Freedom First Budget” — features various measures to deal with illegal immigration, including a still-undefined plan to relocate illegal aliens from within the Sunshine State.

“The Freedom First Budget includes $8 million to implement a program to assist the state’s efforts to protect against harms resulting from illegal immigration, and may include the transport of unauthorized aliens located within the state to other states within the United States of America, or the District of Columbia,” a summary of the proposal stated.

At a Jacksonville, Florida, news conference to introduce the budget, DeSantis announced Florida would not do business with contractors that are “knowingly and recklessly facilitating bringing people here into our state illegally.”

Other steps to combat illegal immigration would include the state taking a firmer line on Florida jurisdictions with “sanctuary city” policies to harbor illegal aliens, and beefing up the state’s e-verify enforcement, to make sure those hired in Florida have a right to work in the United States, DeSantis said.

He also said the proposed budget includes an allocation of $8 million “for us to be able to transport people [here] illegally out of the state of Florida.”

“I said, it’s somewhat tongue in cheek, but it is true: If you sent [illegals] to Delaware or Martha’s Vineyard or some of these places, that border would be secure the next day,” DeSantis said.

In an interview with Breitbart on Saturday, Barletta said he would take similar action if he were elected governor in Pennsylvania.

“Gov. DeSantis is doing a great job in Florida … yes, I would take the same steps that Gov. DeSantis did,” he told Breitbart.

He pointed out that Delaware, where Biden frequently spends weekends away from the White House, shares a border with Pennsylvania.

“Pennsylvania is a lot closer to Delaware, so busing those folks to Delaware will cost us a lot less than it’s costing [DeSantis] to ship people from Florida…” he said, chuckling.

“[I]t’s not a long ride from Philadelphia to Wilmington. That’s exactly what we have to do.”

This plan may sound extreme — and, given the realities of federalism and the fact that a state government’s power ends at its own borders, it’s probably legally dubious. But it’s a sign of the desperation being raised by Biden’s border policies in interior states.

If bad PR and tanking approval ratings are not enough to wake him up, maybe the prospect — however unlikely — of governors shipping illegals to his home state might make the president realize the problem.

If Biden himself, or the state he calls home, were forced to experience the difficulties this influx of illegal immigration creates, he might just take action to solve the problem.

The growing disconnect between politicians and their constituents is a major problem in America. Elected officials are supposed to represent the people, not tower over them from their proverbial castles.

As Biden tries to force his immigration failures onto unsuspecting states, ideas like these from DeSantis and Barletta — however extreme — may be exactly what the country needs.