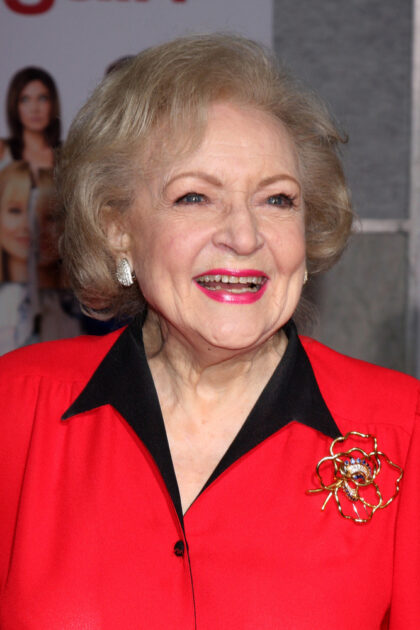 Actress Betty White will turn 100 in January, and there is something very special planned.

“Who doesn’t love a party?!? This one is gonna be GREAT!” White said in a statement, according to CNN.

“I’m going BIG for my birthday — right to the BIG SCREEN!” White tweeted, along with a link to the Fathom Events website where tickets to the celebration can be ordered.

I’m going BIG for my birthday – right to the BIG SCREEN! Get your tickets and join me by clicking here:https://t.co/qXoSO2BYM3

White is inviting fans to join her for “Betty White: 100 Years Young — A Birthday Celebration,” a one-day-only theatrical event, according to Variety.

Filmmakers Steve Boettcher and Mike Trinklein were given exclusive access by White to make a special movie for White’s special day.

The movie will profile White’s life behind the scenes, including her interactions with staff who work in her office and her years of efforts to advocate on behalf of animals.

Clips will be shown from White’s sitcom roles in the 1950s as well as from “Golden Girls,” “Saturday Night Live,” “The Mary Tyler Moore Show,” “Hot in Cleveland” and the Snickers ad she did for the Super Bowl.

“We didn’t want this day to pass without bringing together all the people that love her, from her co-stars and friends to her many millions of fans of all ages, to celebrate her 100th birthday with an entertaining and loving look at what makes Betty a national treasure,” Boettcher said in a statement.

In 2018, White shared her secrets to a long and happy life.

“I try to see the funny side and the upside, not the downside,” White said.

“It sounds so trite, but a lot of people will pick out something to complain about, rather than say, ‘Hey, that was great!’ it’s not hard to find great stuff if you look.”