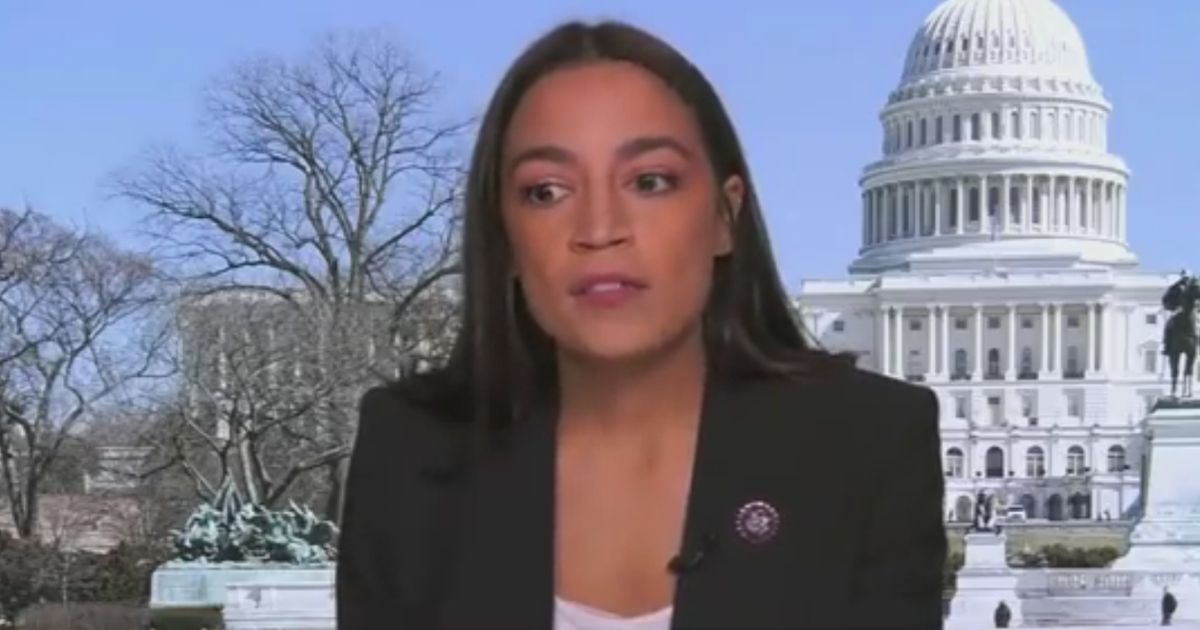 Despite his best efforts, President Joe Biden will not be able to get his Build Back Better Act passed by Christmas.

That is thanks in large part to West Virginia Sen. Joe Manchin, who broke from his fellow Democrats and refused to support the bill.

This wise decision from Manchin put a halt to Biden’s massive spending spree and probably saved the country from even more debt and future inflation, at least for the time being.

Yet to his fellow Democrats, it made him public enemy number one.

New York Rep. Alexandria Ocasio-Cortez made this clear in a Monday appearance on MSNBC, saying she and other Democrats had “every right to be furious with Joe Manchin.”

Rep. @AOC (D-NY) says Sen. Manchin opposition “is an outcome that we warned about” and Dems have “every right to be furious with Joe Manchin.”

“It’s really about time that we take the kid gloves off and we start using them to govern for working families in this country.” pic.twitter.com/YV3F58Q0tY

According to Fox News, Manchin told host Bret Baier on Sunday he would not support the bill because he could not defend the vote to his constituents.

“I have always said this Bret, ‘If I can’t go back home and explain it to the people of West Virginia, I can’t vote for it,'” Manchin said. “Despite my best efforts, I cannot explain the sweeping Build Back Better Act in West Virginia and I cannot vote to move forward on this mammoth piece of legislation.”

Ocasio-Cortez attempted to attack this statement, but she embarrassed herself in multiple ways.

“The idea that Joe Manchin says he can’t explain this back home to his people is a farce,” Ocasio-Cortez said. “I mean it’s a farce in terms of, you know, plain democracy, because I represent more — or just as many or more — people than Joe Manchin does.”

Rep. @AOC (D-NY) on Sen. Manchin’s no on BBB Act:
“The idea that Joe Manchin says he can’t explain this back home to his people is a farce … I represent just as many or more people than Joe Manchin does.” pic.twitter.com/F9W1Ex8epU

According to her website, Ocasio-Cortez represents New York’s 14th District, which encompasses about 650,000 people.

In contrast, the population of West Virginia was 1,792,147 as of July 2019, the United States Census Bureau reported.

While there are two senators in West Virginia, each of them represents the full population. That is how the U.S. Senate is set up, and it is why both senators are determined via statewide elections.

However, even if Ocasio-Cortez was under the false assumption that Manchin only represented half of West Virginia, that still encompasses almost 900,000 people.

In either case, her claim that she represents “just as many or more people than Joe Manchin” is demonstrably false.

Furthermore, Ocasio-Cortez’s argument doesn’t make any sense, because Manchin’s statement did not have anything to do with population numbers.

When he said he could not explain the Build Back Better Act to his constituents, he clearly did not mean that he was incapable of reaching that many people. If that was the problem, he could just go to every local news station and get his explanation out.

Instead, what Manchin meant was that he cannot justify voting for the bill with his constituents. West Virginia is an overwhelmingly red state, and the majority of voters there would likely disagree with passing the act.

Therefore, by refusing to support the spending spree, Manchin was acting constitutionally by representing the interest of his constituents.

Ocasio-Cortez is angry that she did not get what she wanted, so she has resorted to attacks on Manchin that don’t even make any sense. If anyone needs a lesson on democracy, it is certainly not the man who stood for his beliefs in the face of stark opposition.

Senators DO NOT represent people. Under the USA Constitution, they represent STATES. The 17th Amendment did not change that.

That may be true in theory but Senators are now elected by the popular vote so Senators answer to the voters, not the legislature. If I had the power I would repeal the 16th & 17th amendments (no more income tax) and kill all federal spending on subsidies, welfare & entitlements for individuals — corporate welfare, student loans, flood insurance, subsidies etc. and combine all federal excise taxes (already authorized by the Constitution) on goods and services into a Value Added Tax (VAT) at a rate no greater than 10% with said tax clearly printed on the sales receipt.