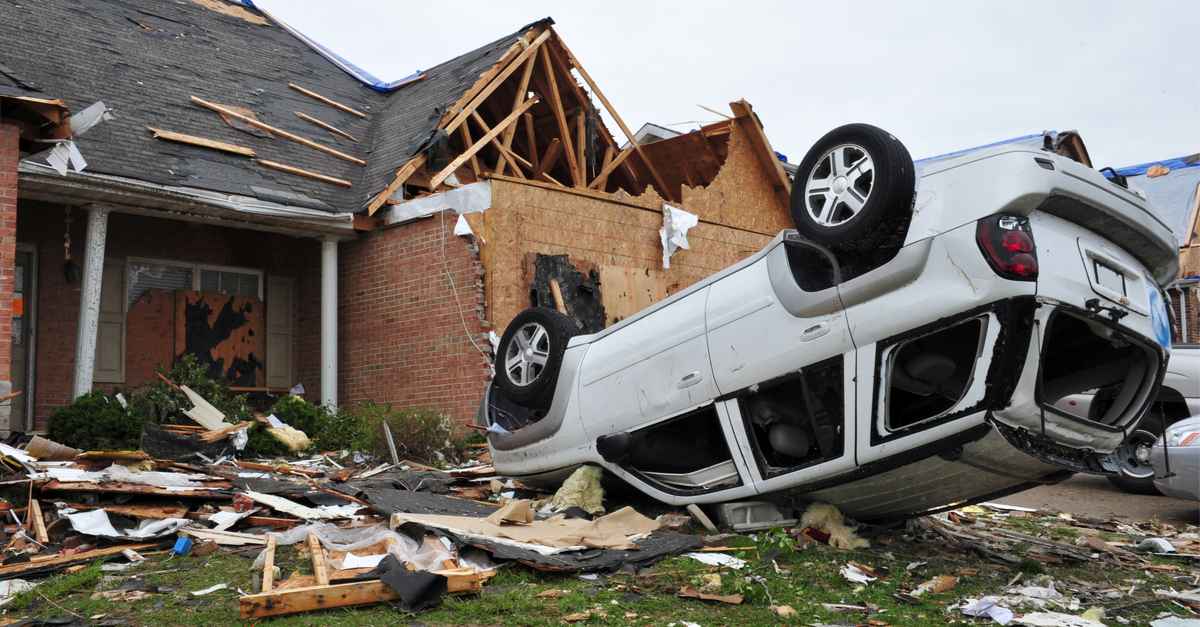 The following article, UNFORGIVABLE: Looters Arrested After Stealing from KY Tornado Victims’ Homes, was first published on Flag And Cross.

In this dog-eat-dog world, it appears as though some individuals have grown quite accustomed to the taste of their fellow man, and that is making for some wildly desperate and despondent behavior.

The latest example of this heightened depravity comes to us from Kentucky, and in the midst of a storm that produced some of the most powerful tornadoes that the mid-Atlantic has ever seen.

The group of looters allegedly went to an area “particularly hit hard by the tornado” on Friday and ransacked the destroyed homes, according to Graves County Sheriff Jon Hayden.

And these thieves weren’t going after jewelry or trinkets. Oh no; they had much bigger targets in sight.

Law enforcement officers from several agencies quickly converged on the group, who were stopped while trying to flee the area with several damaged vehicles in tow.

The vehicles “were owned by tornado victims that have been displaced by the tornado, in the hospital, and/or deceased,” Hayden said.

The suspects were not exactly model citizens, it appeared.

Kaitlyn Moore, 29, was found with methamphetamine hidden in her body cavity, which she told police was hidden when the group was stopped. She was charged with automobile theft, possession of methamphetamine and tampering with evidence. No home address was disclosed by officials.

Linda Morris, 52, of Dresden, Tennessee, was found with syringes containing methamphetamine in the vehicle she was operating and in her purse. She was also found in possession of copper wiring and a brand new pair of women’s Ugg boots that were stolen from a storm victim’s home. She was charged with automobile theft, theft of personal property, possession of methamphetamine and driving with a suspended license.

Kevin Stowe, 55, of Union City, Tennessee, was found with over $120,000 in his possession and was charged with theft of an automobile and theft of a motor vehicle registration plate.

Ronnie White, 57, and Lynne Bailey, 56, both of Hickman, Kentucky, were charged with unlawful taking of automobiles.

Somehow it feels as though giving these folks coal in their stockings would be far too generous this year.