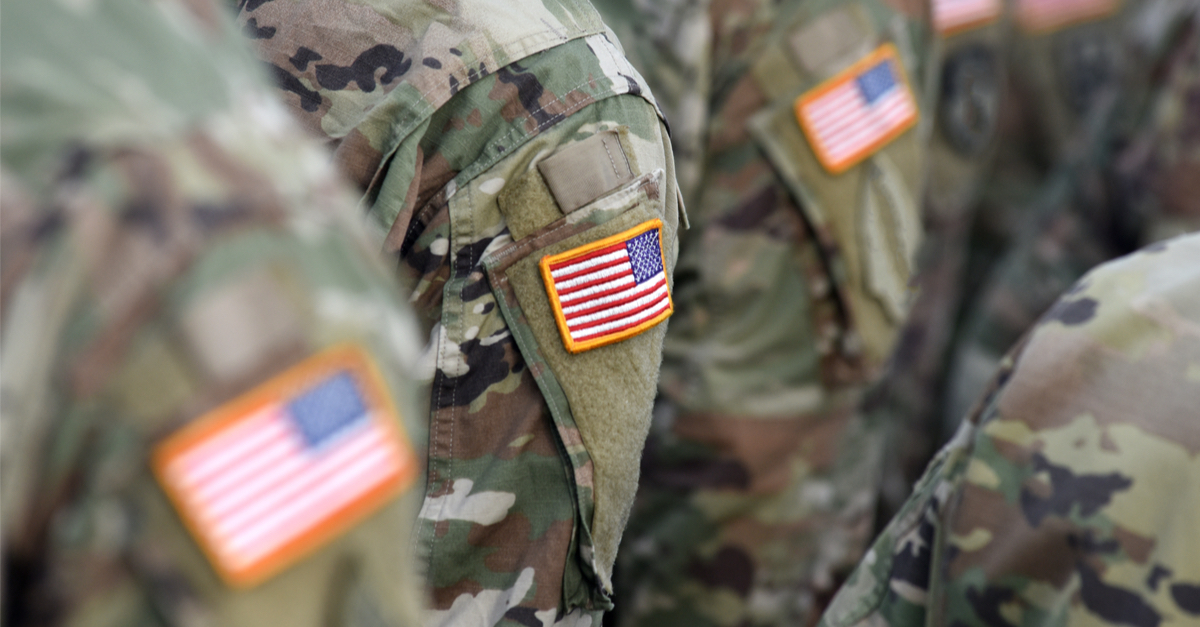 The following article, Retired Generals Urge Military to ‘War-Game’ Against American Citizens, was first published on Flag And Cross.

With the one-year anniversary of the Jan. 6 incursion into the United States Capitol less than a month away, three retired Army generals  called on leaders to take preventive measures, including to “war game” a “post-election insurrection or coup” attempts.

“The potential for a total breakdown of the chain of command along partisan lines – from the top of the chain to squad level – is significant should another insurrection occur,” former Major Gen. Paul Eaton, former Brigadier Gen. Steven Anderson and former Major Gen. Antonio Tagubathe wrote in The Washington Post on Friday in an opinion column raising the disturbing prospect of the U.S. military training for a confrontation against fellow Americans.

The generals went on to write, “The idea of rogue units organizing among themselves to support the ‘rightful’ commander in chief cannot be dismissed.”

Their comments come in light of the Jan. 6 storming of the Capitol by a mob mostly made up of supporters of then-President Donald Trump seeking to overturn his defeat in the 2020 presidential election by disrupting the joint session of Congress assembled to count electoral votes that would formalize then-President-elect Joe Biden’s victory.

The incursion proved deadly for five people, including Ashli Babbit, 35, who died from a gunshot wound after being shot by a Capitol police officer while trying to climb through a door inside the Capitol near the House chamber.

Given the passions that arose in the contentious aftermath of the 2020 election, and the possibility of similar conditions in 2024, the retired generals warned the military needs to be prepared.

“Imagine competing commanders in chief – a newly re-elected Biden giving orders, versus Trump (or another Trumpian figure) issuing orders as the head of a shadow government,” the former commanders wrote.

It’s a situation that could spiral out of control, the generals warned.

“Worse, imagine politicians at the state and federal levels illegally installing a losing candidate as president.

“… Under such a scenario, it is not outlandish to say a military breakdown could lead to civil war.”

However, the generals suggested such a situation could be avoided.

“The military and lawmakers have been gifted hindsight to prevent another insurrection from happening in 2024 – but they will succeed only if they take decisive action now,” they emphasized.

They recommended a number of steps the military should take, concluding with:

“Finally, the Defense Department should war-game the next potential post-election insurrection or coup attempt to identify weak spots. It must then conduct a top-down debrief of its findings and begin putting in place safeguards to prevent breakdowns not just in the military, but also in any agency that works hand in hand with the military.

“The military and lawmakers have been gifted hindsight to prevent another insurrection from happening in 2024 — but they will succeed only if they take decisive action now.”

A coup or insurrection has largely been unthinkable in America, although the country’s severe political divisions and the disturbing events of Jan. 6 have caused some to rethink that notion.

Despite fractious politics leading to unrest at various points over the years, an actual violent struggle over control of the government hasn’t been an issue in United States since 1865.

In some quarters, however, that possibility is being raised.

Billionaire investor and philanthropist Ray Dalio predicts there is a 30 percent chance of a civil war in the U.S. in the next 10 years.

“For example, when close elections are adjudicated and the losers respect the decisions, it is clear that the order is respected,” the Bridgewater Associates chair and co-chief investment officer writes in his book, “Principles for Dealing with the Changing World Order: Why Nations Succeed and Fail,” excerpts of which were previewed in the U.K. Daily Mail.

“When power is fought over and grabbed, that clearly signals the significant risk of a revolutionary change with all its attendant disorder.”

It’s not all doom and gloom. According to the Daily Mail, Dalio notes the strength of the Constitution as the “most widely admired internal order.”

“That makes it less likely it will be abandoned, but more traumatic if it is,” he wrote, according to the Daily Mail.