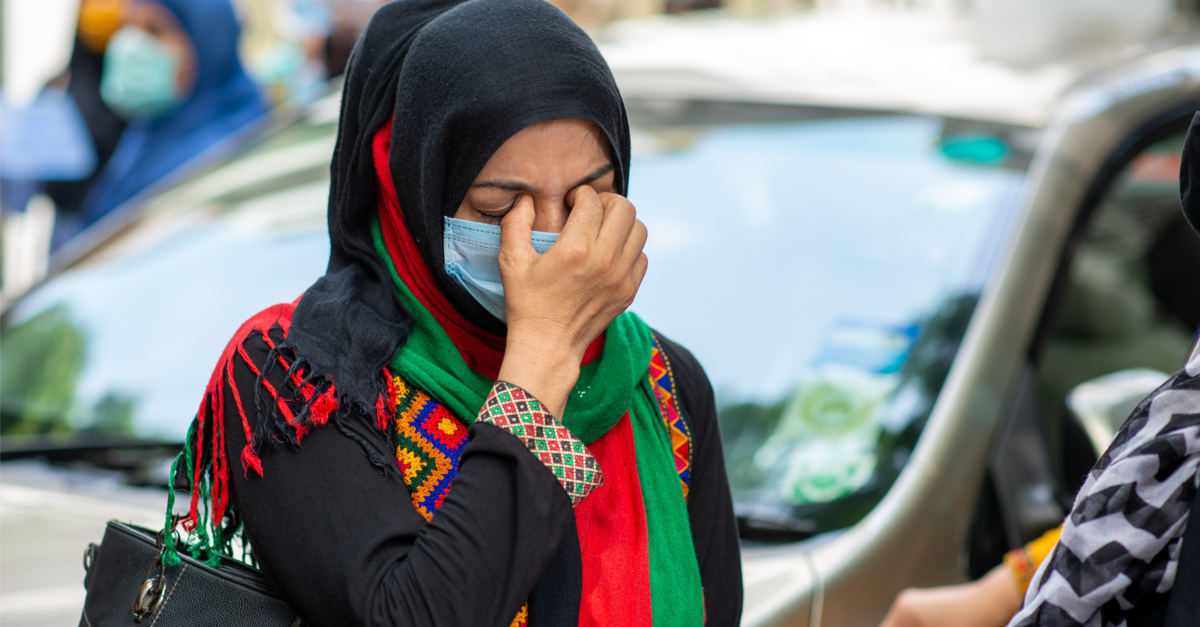 The following article, Horrifying Scenes in Post-Biden Afghanistan as Homeless Reportedly Hook Hounds on Heroin to Keep Them Loyal, was first published on Flag And Cross.

Homeless drug addicts in Kabul, Afghanistan, reportedly have been providing stray dogs narcotics so that they would stick around to provide body warmth during the Afghan capital’s harsh winters.

Drug addiction has been a major problem in Afghanistan, which, according to a November 2021 United Nations Office on Drugs and Crime report, is a country where illegal production of opiates makes up 9 percent to 14 percent of the GDP.

The underground opiate economy produced between $1.8 billion and $2.7 billion in 2021, according to the report.

In a June report, the UNODC found through a survey that approximately a million Afghans between the ages of 15 and 64 were addicted to narcotics. This is 8 percent of the population, a drug addiction rate that is double the global average, the UN agency stated in a news release.

The Taliban, which took over the country after President Joe Biden withdrew U.S. troops there in August, tried to stamp out the drug addiction problem in the capital, resorting to forceful measures.

The Associated Press in October reported that at night Taliban militants would comb through the city’s underworld, below city bridges and in garbage piles to round up and beat homeless heroin addicts and force them into rehabilitation centers.

Despite the Islamist group’s harsh efforts to crack down on drug addiction and its pledge to ban opioid production, drug addiction remains a prevalent issue, The Daily Mail reported.

When one walks by Shahr-e Naw Wedding Hall in Kabul’s southwestern section, the disturbing sight of heroin addicts taking drugs and feeding them to animals will confront them, according to the outlet.

One such addict, Ahmad (not his real name), whom the Daily Mail said it spoke to, was hooked on heroin for years. He reportedly makes the money for his drug consumption through theft, begging and plastic bottle collection for recycling.

The Daily Mail described the process of him feeding drugs to a stray canine nearby. Ahmad first would subdue the dug, and then place a plastic bottle firmly on the dog’s muzzle. Then he would blow heroin smoke through the top of the bottle. The dog then would rise and stare after being intoxicated with the drug.

Another homeless man told the outlet that the reason they get the dogs high on heroin is so the animals would come back regularly every night and provide the homeless men body heat and companionship.

The Shahr-e-Naw addicts live in constant fear of the Taliban. They are afraid of receiving beatings or suffering more dire consequences if Taliban militants catch them.

Speaking to the Daily Mail, London-based veterinary surgeon Dr. Guy Sandelowsky said there is only a small amount of research done into heroin’s effect on dogs. However, he hypothesized that the animals would feel a sense of euphoria after taking in the narcotic.

Referring to a 1971 research paper on the cardiovascular effects of intravenous heroin on dogs, Sandelowsky said: “Like is the case for humans, heroin was found to have profound physiological effects in dogs, such as severe depression of blood pressure, heart rate and breathing rate.

“As a result, heroin caused markedly reduced concentration of oxygen in the blood, a condition called hypoxia, which we know can cause muscle pain, brain damage and organ failure.

“‘As a veterinary surgeon, I find the notion of a dog becoming addicted to a drug like heroin extremely disturbing,” Sandelowsky said. “Not only does it put dogs at risk of a lethal overdose caused by cardio-respiratory depression and arrest, it’s also likely to cause long-term toxicity to the liver and have profound negative effects on their quality of life.”