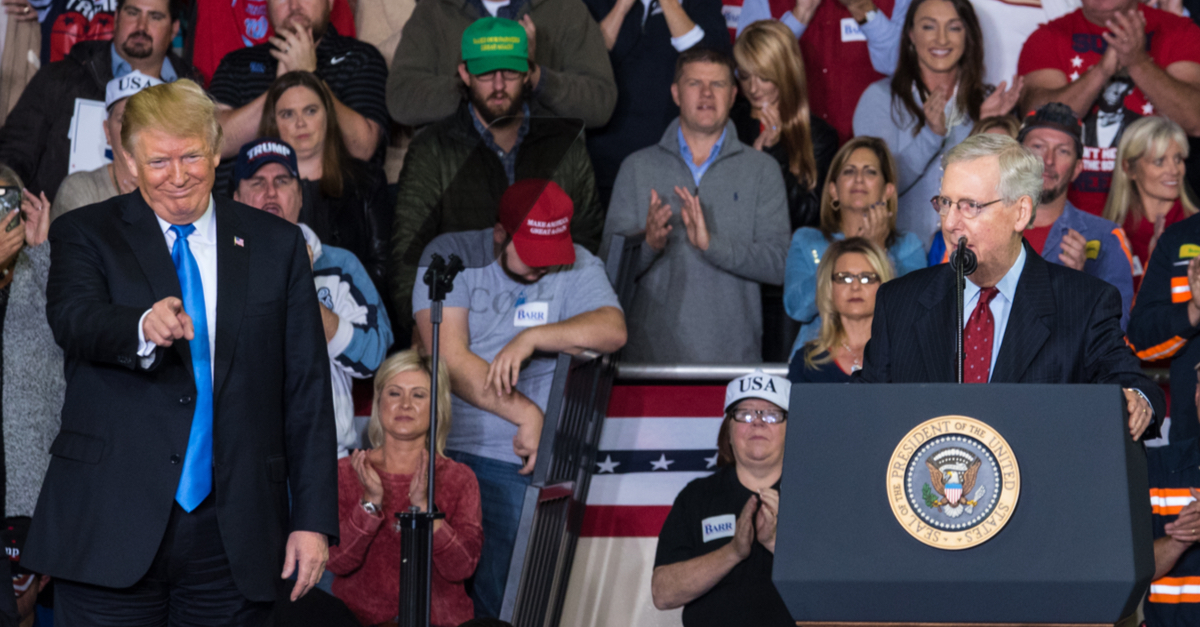 There are few things that are certain about the coming political contests of the United States, other than the fact that they are likely to be hellacious and bitter.

On the left, there are concerns about the nature of the party’s future, as the youthful wing of the Democratic Party stares at an abysmal political record that is only turning more stagnant under Joe Biden’s watch.  The “Squad” and others are in a near-open revolt against their party elders, and it has the Commander in Chief in a bit of a quagmire.

But that’s not to say that the GOP is faring any better.  Over on the right side of the aisle, a massive rift has developed between the traditional Republican Party and the MAGA Movement, with the latter benefitting from having Donald Trump at the helm.

This week, the former President pushed back against Senate Majority Leader Mitch McConnell in the latest skirmish of this conflict.

During an appearance on Fox News’ “Sunday Morning Futures” from his Mar-a-Lago resort in Palm Beach, Fla., Trump told host Maria Bartiromo that McConnell made a mistake by allowing President Biden’s bipartisan infrastructure law to pass in the Senate.

“Mitch McConnell’s a disaster. The Republicans have to get a new leader,” he said.

McConnell and Trump have been at odds with one another before, but this may very well be one of the former President’s most direct attacks on the longtime Kentucky Senator.