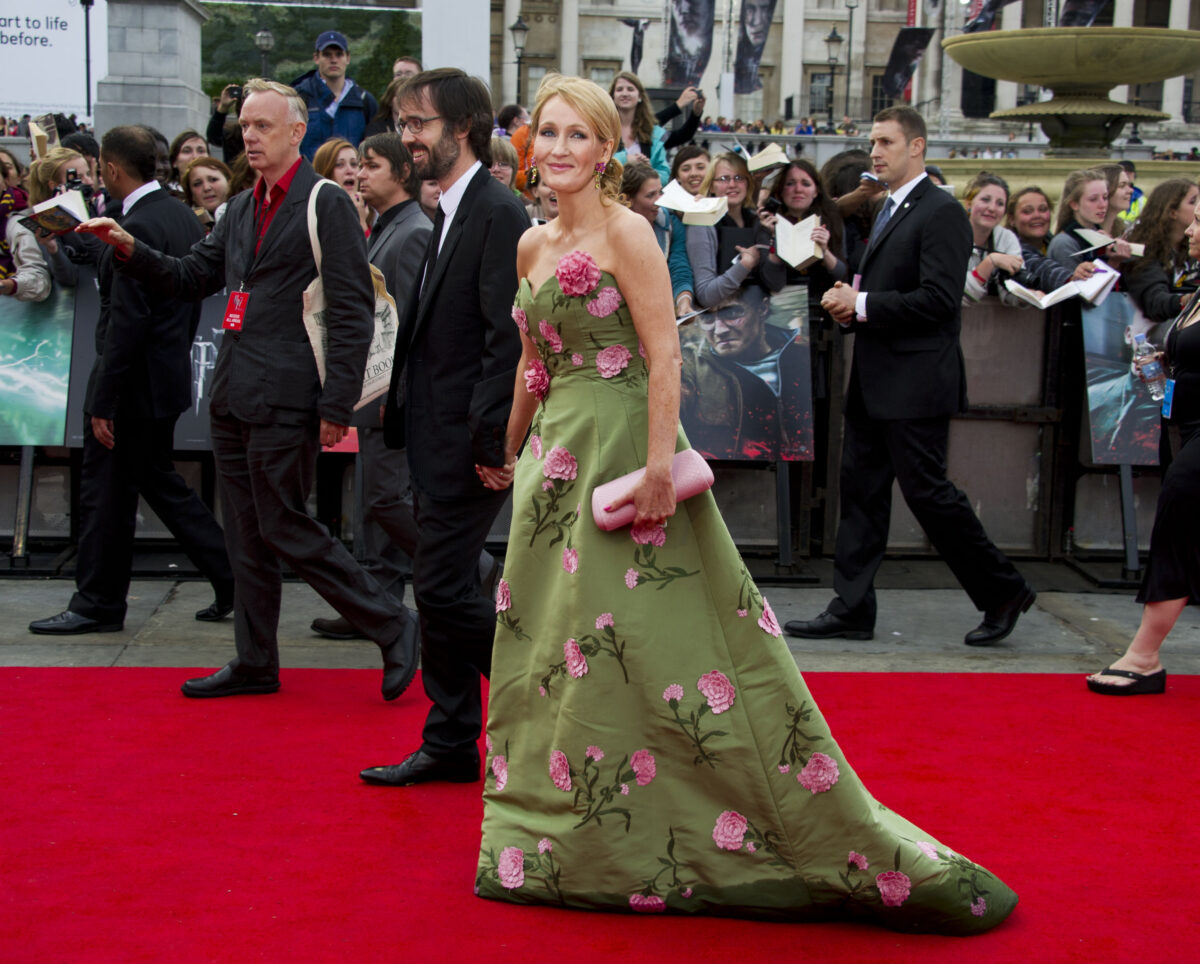 The following article, Real-World Quidditch to Change Name in Part Because of JK Rowling’s ‘Anti-Trans’ Stance, was first published on Flag And Cross.

Transgender controversies sparked a major change in amateur sporting this week — but not at the University of Pennsylvania, where a male is shattering records in women’s college swimming.

No, I speak instead of quidditch, the fake sport invented by author J.K. Rowling as part of the Harry Potter universe.

As it turns out, a bunch of Muggles created a real-world version of the fictional sport that doesn’t involve flying broomsticks or a hummingbird-like magic “snitch.” Pretty soon, it also might not involve the word “quidditch,” since two of the biggest quidditch organizations are looking to ditch the name, in part over controversial remarks made by Rowling regarding transgender issues.

If you can’t believe that kind of inanity, you have no idea the kind of censorship individuals and publications face when they talk honestly about transgender issues. Big Tech often bans people who openly oppose the left-wing party line on transgenderism, and companies like Google will starve outlets of ad revenue if they dare to say a man is a man and a woman is a woman, or that men don’t belong in women’s sports. Here at The Western Journal, we’re dedicated to fighting this censorship — and you can help by subscribing.

According to a Wednesday news release, both U.S. Quidditch and Major League Quidditch are looking to change the sport’s name — partially due to trademark issues, but also because Rowling has made some un-woke comments on gender.

The trademark issue is somewhat understandable. In the release, the groups noted that “the name ‘quidditch’, which is trademarked by Warner Bros., has limited the sport’s expansion, including but not limited to sponsorship and broadcast opportunities. Both leagues expect that this name change will allow for new and exciting developments for our players, fans, and volunteers as the sport continues to grow.”

Yes, “broadcast opportunities.” You can just hear it now: “Are you ready for some not-quiddditccchhh?”

For the curious, this is what you’d be seeing on TV if not-quidditch joined ESPN’s Monday night lineup:

I wouldn’t be waiting on the call.

While trademark issues are fair, real-life quidditch has existed since 2005, when the sport began at Middlebury College in Vermont. Why change the name now, specifically?

The answer could be found a bit further down the page: “Additionally, the leagues are hoping a name change can help them continue to distance themselves from the works of  J.K. Rowling, the author of the Harry Potter book series, who has increasingly come under scrutiny for her anti-trans positions in recent years.

“Our sport has developed a reputation as one of the most progressive sports in the world on gender equality and inclusivity, in part thanks to its gender maximum rule, which stipulates that a team may not have more than four players of the same gender on the field at a time,” the release continued.

One almost wishes Lia Thomas — the male formerly known as Will Thomas who has been dominating NCAA swim meets competing against women — would line up as a female in a quidditch game. That’s gender balance, right? Are you folks prejudiced?

It’s not that there’s any problem with Rowling’s books — one can’t see people taking up a sport that involves running around with a stick between their legs and throwing a ball through a hula hoop attached to a cheap piece of plywood if they had some kind of problem with the “anti-trans” themes in “Harry Potter and the Prisoner of Azkaban,” after all.

Instead, it’s that Rowling has engaged in wrongthink like this:

‘People who menstruate.’ I’m sure there used to be a word for those people. Someone help me out. Wumben? Wimpund? Woomud?

War is Peace.
Freedom is Slavery.
Ignorance is Strength.
The Penised Individual Who Raped You Is a Woman.https://t.co/SyxFnnboM1

Dress however you please.
Call yourself whatever you like.
Sleep with any consenting adult who’ll have you.
Live your best life in peace and security.
But force women out of their jobs for stating that sex is real? #IStandWithMaya #ThisIsNotADrill

In a 2020 blog post, Rowling said she wanted “trans women to be safe. At the same time, I do not want to make natal girls and women less safe.

“When you throw open the doors of bathrooms and changing rooms to any man who believes or feels he’s a woman — and, as I’ve said, gender confirmation certificates may now be granted without any need for surgery or hormones — then you open the door to any and all men who wish to come inside. That is the simple truth.”

In a thoroughly postmodern age in which even the most basic biological facts are ignored, however, the only heresy left is truth.

True, the modern punishment for heresy — cancelation — may be nicer than the auto-da-fé. However, when a bunch of Harry Potter geeks are performatively stomping their feet over their favorite author having a different opinion than they do and loudly announcing that the made-up sport in which they run around with fake flying brooms will no longer be called quidditch in part because of Rowling’s “anti-trans positions,” it’s a bit much.

If Lia Thomas has any trouble finding a league to dominate after leaving the swim team at the University of Pennsylvania, at least he knows where to look.

Time to start working out with that Nimbus 2000, Lia.

Ah yes politics in sports, who would have thought? Women have wrecked the womens movement all by themselves with no outside help and it is a sad thing. Now when women can NO LONGER compete in womens sports because a guy in a bikini decides to compete as a woman, with a penis of course, and takes all the records, pushing women ONCE AGAIN to the sidelines of society this inane thing about Quidditch changing its name because of JK Rowlings common sense approach to trannyism is such a non-issue but the media will make it an issue. Women, wake… Read more »

Deviancy and immorality must be defended in the face of uncomfortable facts.