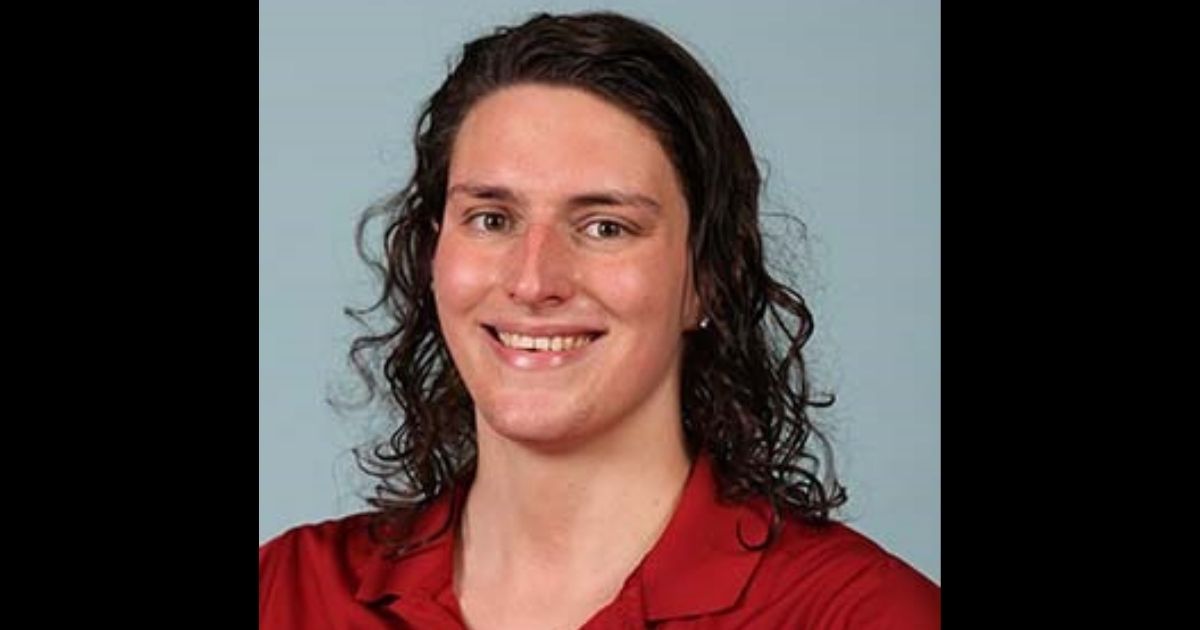 The following article, Parents Demand Rule Change as Trans Swimmer Racks Up Wins: ‘A Direct Threat to Female Athletes in Every Sport’, was first published on Flag And Cross.

Parents of University of Pennsylvania female swimmers angry that transgender athlete Lia Thomas has turned the squad into a one-man show are calling for common-sense rule changes.

Thomas, who competed as Will Thomas before taking off a year and then returning to compete against women, has been shattering records this season.

In interviews in which their names have been withheld to protect them from reprisal, women on the team say Thomas has become boastful about his records and that the school’s focus on Thomas is negatively affecting everyone else on the team.

Last week, parents of about 10 swimmers who have had enough sent a letter of protest to the NCAA, with copies to the Ivy League and the college.

“At stake here is the integrity of women’s sports,” they wrote, according to the Daily Mail.

“The precedent being set — one in which women do not have a protected and equitable space to compete — is a direct threat to female athletes in every sport. What are the boundaries? How is this in line with the NCAA’s commitment to providing a fair environment for student-athletes?” the letter said.

“It is the responsibility of the NCAA to address the matter with an official statement. As the governing body, it is unfair and irresponsible to leave the onus on Lia, Lia’s teammates, Lia’s coaches, UPenn athletics, and the Ivy League,” they wrote.

“And it is unfair and irresponsible to Lia to allow the media to dictate the narrative without the participation of the NCAA,” the letter said.

The NCAA has not yet replied, but the school told the parents that “we fully support all our swimming student-athletes and want to help our community navigate Lia’s success in the pool this winter.”

“Penn Athletics is committed to being a welcoming and inclusive environment for all our student-athletes, coaches and staff and we hold true to that commitment today and in the future,” the university said in its response, according to the Daily Mail, before listing counseling resources available, including the LGBT Center.

One parent who spoke to the outlet but whose name was withheld said the women on the team “want to speak up, but they don’t because they believe they’ll be ostracized.”

“Everybody is scared. Parents are also scared that the kids will be harmed. We are paying $80,000 for this school. Their life will be impacted,” the mother said.

“Being fair to one group of people shouldn’t take rights away from another group, and that’s what’s happening here,” another mother was quoted as saying.

“The NCAA obviously didn’t think much about the rules they set. It’s not fair to the women on the team and it’s not fair to Lia as well. She went through transition, and I admire her bravery. But the records she sets now are not valued records, female records,” the mother said.

One mother said parents have to speak up.

“If everyone is silent, nothing is going to change,” she told the Daily Mail.

One mother, who said her daughter is not one of two who have spoken out about Thomas, said his attitude has become a major issue, noting comments from one female swimmer about how Thomas bragged about his times after a recent meet.

“My daughter called me hysterically right after the meet. Everything that swimmer said during the interview, my daughter told me directly after the meet. The exact same words about how Lia was saying, ‘I was just cruising. I did not do that well, but I’m still number one,’” the woman said.

“That’s what the swimmers were upset about, the arrogance on the deck, her behavior, not her gender. This was not team spirit. My daughter told me Lia had received a lot of understanding from teammates, and this behavior rubbed them the wrong way,” she said.

If He wants to compete as a women, cut off His Testicles, and Penis! Let him be the women She claims to be!

Some years ago we went through a “Title IX” battle to ensure that women’s sports received funding, now we’re allowing women’s sports to become a travesty dominated by males. This is the stupidity that has been foisted on America by constant kowtowing to deviancy.

The corrupt DemocRAT politicians kept yelling at Trump about being “fair”. So I suppose they think a biological male competing against biological females is “fair”? What disgusting HYPOCRITES!!