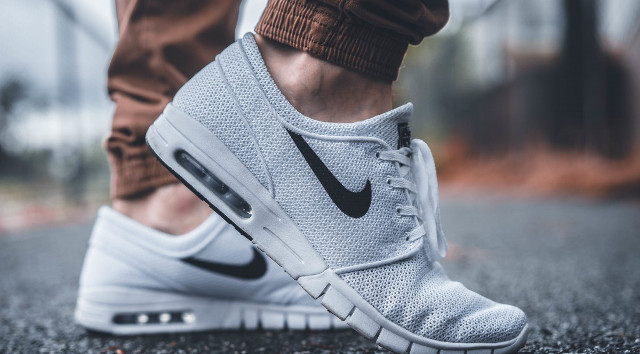 The following article, Outrage as Nike-Backed Dem Ron Wyden Tries to Kill Anti-Slave Labor Bill in the 11th Hour, was first published on Flag And Cross.

Surely, then, he wouldn’t have any trouble passing a bill that would ban companies from using Uyghur slave labor in China’s Xinjiang region to assemble their wares. Nevertheless, Wyden tried to stall it earlier this week, insisting on attaching an amendment that would extend the controversial child care tax credit to the legislation. The senator said it was because it was high time the credit was renewed for another year. Republicans pointed to a far more cynical motive: One of Wyden’s top donors is Oregon-based Nike.

Yes, Nike, the ultra-woke athletic-wear company that tries not to poke the CCP dragon and which allegedly uses Uyghur labor as part of its supply chain. Nike loves to pass itself off as an exemplar of progressive values — but at The Western Journal, we’ve been doing the hard emotional labor of exposing the company’s cowardice and complicity when it comes to the Chinese Communist Party. You can help us bring America the truth about the swoosh by subscribing.

According to The Hill, the bill prohibits imports from the Xinjiang region unless the companies importing them can prove they weren’t made using slave labor — usually labor from Uyghurs, a minority Muslim group whose members have often been jailed in re-education camps and forced to work in factories as part of a genocidal campaign against them by the Chinese government.

The Uyghur Forced Labor Prevention Act passed unanimously by voice vote in the House of Representatives on Tuesday and should have been a slam-dunk to do the same in the Senate.

Instead, Wyden insisted a renewal of the $300-a-month child tax credit — set to expire on Jan. 1 — should be attached to the Uyghur legislation when the bill hit the Senate floor on Wednesday. The renewal of the credit is currently attached to President Joe Biden’s “Build Back Better” spending bill, but Politico reported that’s likely to be delayed until after the new year because of opposition to the scope of the $1.75 trillion bill from moderate Democrat Sens. Joe Manchin of West Virginia and Kyrsten Sinema of Arizona.

“But Sen. Marco Rubio (R-Fla.) objected to Wyden’s call to attach the amendment to his unanimous consent request to pass his bill,” The Hill reported, calling it a controversial issue that would delay the bill from reaching the president’s desk. It would also have to go back to the House for approval, something that wouldn’t happen until mid-January.

“At least 50 people here are against it, [it] cannot pass unanimously,” Rubio said.

“There was another way we could have stood with the effort to deal with genocide and forced labor and protect families, they weren’t mutually exclusive, we could have done both,” Wyden said on the Senate floor. “I think it’s unfortunate the Senate’s not doing it.”

There was no way they could have gotten unanimous support for the bill with the child tax credit attached — especially given the fact that, at $1.4 trillion over 10 years, it remains one of the most expensive parts of the Build Back Better bill.

However, other Republicans didn’t think that Wyden’s insistence on getting the child tax credit passed before the end of the year was his real motivation behind the move. Instead, as GOP Rep. Jim Banks of Indiana implied, this was all a poison pill to delay the passage of the Uyghur slave labor bill.

He is bought and controlled by @Nike, who is headquartered in his home state and profits off of the slave work this bill would prohibit! Shameful! pic.twitter.com/uAgXkOLtvb

Banks noted in his tweet that Nike was the top contributor to Wyden’s campaigns over his time in politics, according to data from OpenSecrets. It’s also the biggest company based in Wyden’s home state and, as a Nov. 30 article in The New York Times noted, the athletic-wear giant has been lobbying against the bill.

On Thursday, the gambit not having worked, Wyden acquiesced and allowed the bill to pass the upper chamber by unanimous vote on Thursday.

According to Townhall.com, Rubio noted before the bill passed that “we’ve come down to the floor multiple times over the last few weeks trying to push for the passage of our bipartisan Uyghur Forced Labor Protection Act,” a not-too-subtle dig at what happened the previous day.

“Many companies have already taken steps to clean up their supply chains,” Rubio said Thursday. “They should have no concerns about this law. For those who have not done that,” he added, they would “no longer be able to continue to make Americans — every one of us, frankly — unwitting accomplices in the atrocities, in the genocide that’s being committed by the Chinese Communist Party.”

It’s worth noting there were plenty of other major corporations that were against the bill’s passage — including Apple and Coca-Cola, both of which have supply chains touching on the Xinjiang region. However, none of them had one of their state’s senators holding up the bill.

Wyden would likely argue that his ties to Nike are completely coincidental. If so, he should answer why he thought this bill, of all bills, was worth attaching a poison pill to in order to ensure it didn’t get passed yet. This had nothing to do with the fact his state’s largest employer — which also happens to be his largest donor — was against it and he was acting as their puppet?

That explanation doesn’t just strain credibility, it bulldozes right through it.