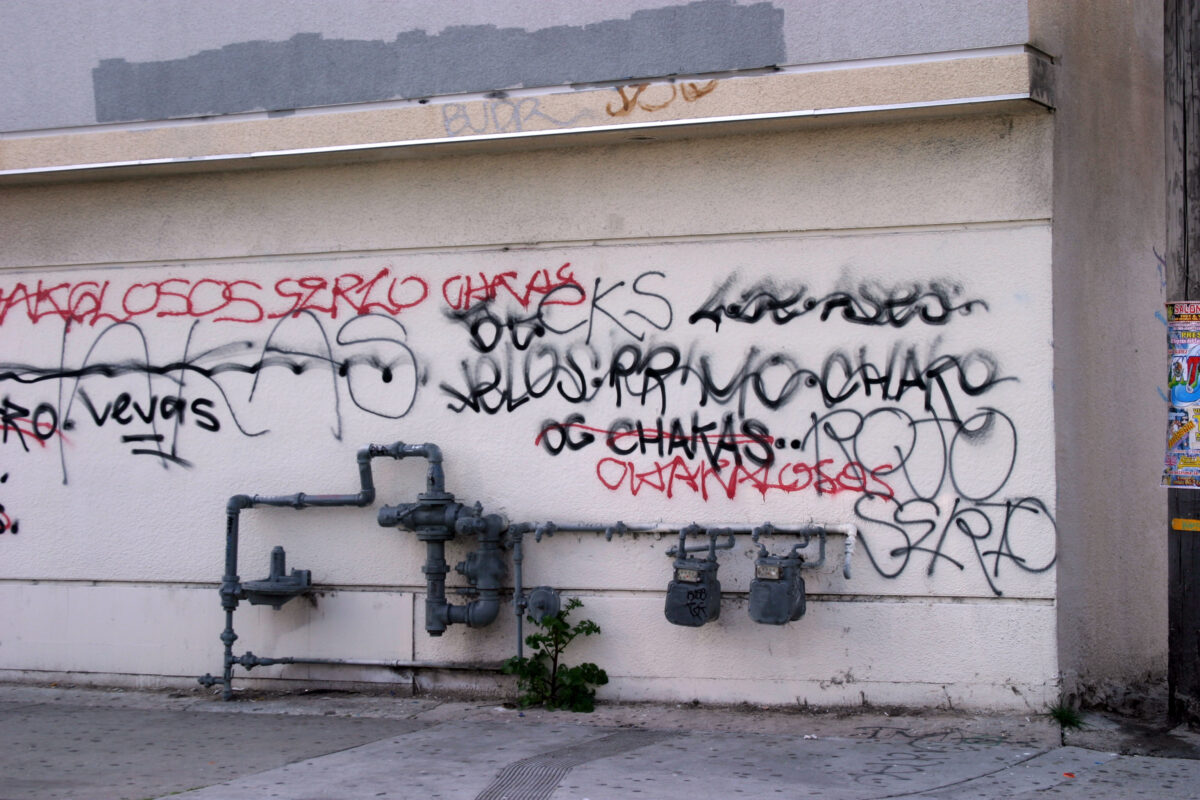 Cash Jones, better known by the alias “Wack 100,” is a hip-hop label executive in Los Angeles and manages rappers like “Blue Face” and “The Game.” He also proudly has affiliations with the Blood gang in California.

But even Jones has spoken out about the violence in Los Angeles that has finally convinced him to actually leave.

Colion Noir, an American gun-rights activist, lawyer and host of the web series NOIR, played in one of his episodes on YouTube the audio from Jones explaining just how bad L.A. has gotten.

“When a known street dude and Bloods gang affiliate starts saying he’s never seen anything like this before, you might want to wake up and start paying attention,” Noir said.

Jones explained the violence and crime he’s been seeing in L.A. is like nothing he’s ever seen before. It’s bad enough that he’s leaving the West Coast.

“I’m gonna be real, I wouldn’t come here right now bro. Because if you don’t know what’s going on and how to move, you will get moved on. They looking for victims to rob, people with jewelry, women with bags,” Jones said. “It’s not safe out here right now bro, nowhere.”

In a Dec. 4 piece, the Los Angeles Times noted crimes have become more brazen and the violence throughout the city is skyrocketing.

On top of the violent crimes, “smash and grab” thefts have been spreading throughout the whole city. And the wealthy, famous neighborhoods are not out of bounds.

“I have never been in these conditions. Everybody’s on alert, everybody’s paranoid. Everybody watching where they’re going. One thing about it, they ain’t discriminate. They going up in these Beverly Hills, Hollywood, they going through there, no problem,” Jones said. “Between now and Christmas Eve, Rodeo Drive gonna be dangerous.”

Now, even the rich and famous who have been traditionally anti-gun, are starting to arm themselves inside their mansions.

“I’ve always been anti-gun. But I am right now in the process of getting myself shooting lessons because I now understand that there may be a need for me to know how to defend myself and my family. We’re living in fear,” Debbie Mizrahie of Beverly Hills told the New York Post.

“It’s gotten to a point where residents feel insecure even going from their door to their car. A lot of residents are applying for a concealed carry weapon permit, even though that’s a great challenge in LA County,” another resident, Shirley Reitman, said.

Jones pointed out that one of the major problems is that the police are being defunded, which means they are not responding to crimes quickly, and everybody is taking advantage of this.

“It’s at a point to where even the police department is recognizing like by the time they respond and get there, it’s too late,” Jones said.

Jones said he has a relative in law enforcement who told him that policing personnel around L.A. have been cut back by as much as 30 percent. This means special units are being cut and benefits for officers are also being taken away. Jones said the result is that the police are either unmotivated or unable to respond to crimes efficiently.

“So they’re … like, ‘We gonna respond like we supposed to respond. We ain’t in a rush to get there.’ And the streets know it,” Jones said.

On top of that, with so much robbery, the executive said police are not even trying to catch everyone if the crimes are not too expensive.

“Now they got this thing, like, anything under $1,000, they ain’t even come for you to take you to the precinct. You know what I’m saying? So a lot of these rules, these laws, they’re kind of relaxed,” Jones said.

But even from a gang-affiliated perspective, Jones said he had never seen so much random crime happening.

“This is just random s***, everywhere. Like 30 little fires going on at all times,” Jones said.

Jones explained that normally, even for gangs, there were just certain places you didn’t touch, and at the very least you tried to keep a low profile when committing a crime.

But now everything is “in broad daylight. It’s different.”

It’s been obvious for a while that L.A. is getting worse, but now a known gang affiliate has finally had enough. So if the massive spike in murder and the soaring rate of robbery in L.A. is not concerning people, Jones’ decision to leave the city should.