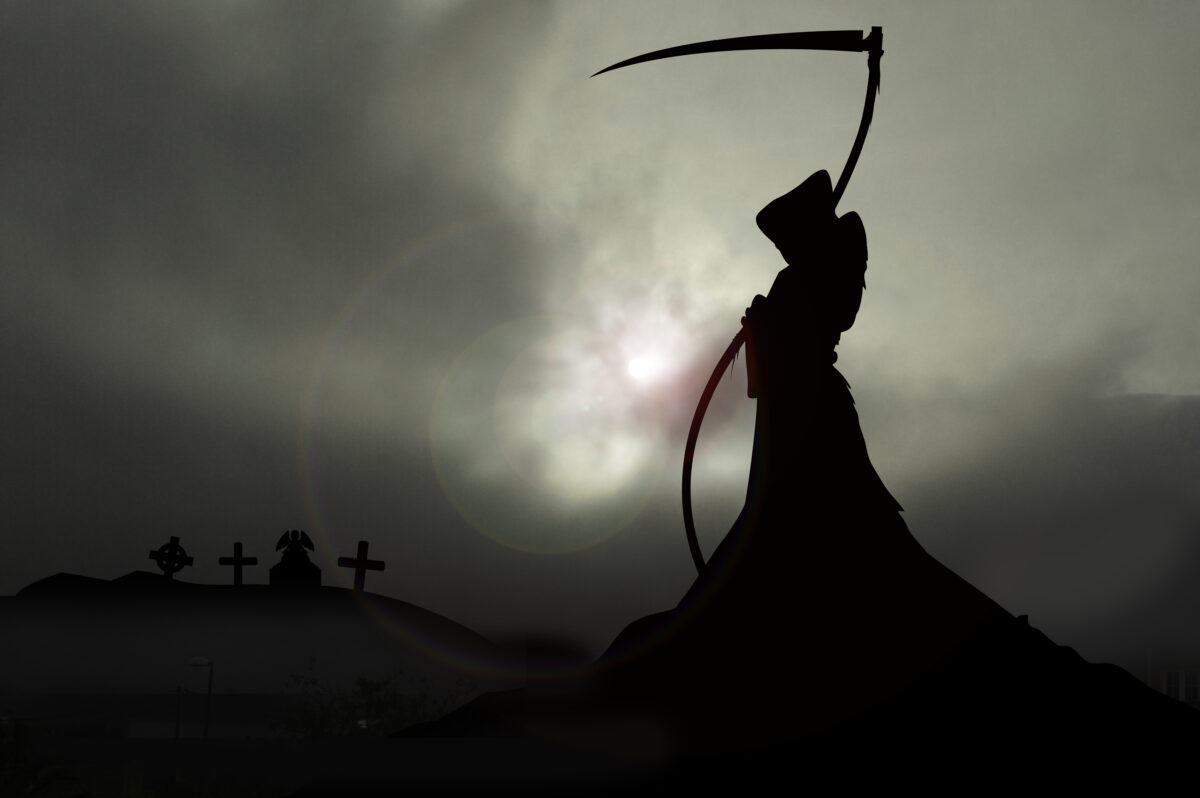 The following article, Biden or Grim Reaper? POTUS Says ‘Winter of Severe Illness and Death’ Coming for Unvaccinated Americans, was first published on Flag And Cross.

Not too long ago, President Joe Biden promised to be a president for all Americans.

He appears to have added a caveat to that pronouncement. He will be a president for all Americans who are vaccinated against COVID-19.

Three weeks ago, the world was thrown into chaos by the discovery of the omicron variant. Its high number of mutations made it more easily transmissible than any of the previous variants.

On Thursday, Biden and Vice President Kamala Harris held a meeting of the White House COVID response team. The president took the opportunity to deliver a warning to the dregs of society — the unvaccinated.

“For unvaccinated, we are looking at a winter of severe illness and death,” Biden said. “For themselves, their families and the hospitals they’ll soon overwhelm.”

“But there’s good news,” he added. “If you are vaccinated and you had your booster shot, you’re protected from severe illness and death — period.”

BIDEN ON UNVAXXED AMERICANS: “For unvaccinated, we are looking at a winter of severe illness and death, if you’re unvaccinated. For themselves, their family and the hospital they’ll soon overwhelm.” pic.twitter.com/euUUWyT6Ih

As promised, omicron is highly transmissible. A study conducted by a team of scientists at the University of Hong Kong found that the omicron variant “infects and multiplies 70 times faster than the Delta variant and original SARS-CoV-2.” (The study is currently undergoing peer review.)

The Centers for Disease Control and Prevention reported last week that 43 individuals in the U.S. had been infected with the omicron variant. Interestingly, eight were unvaccinated, 34 were fully vaccinated (including 14 who had received a booster shot), and one person’s status was unknown.

There is no doubt the number of infections in the U.S. climbed significantly in the past week. The question is what percentage of those who tested positive with the omicron variant were fully vaccinated. Was it close to 80 percent again?

So far, those infected with this variant have reported very mild symptoms. On Monday, British Prime Minister Boris Johnson announced the first known death of an individual with omicron.

Neither Johnson nor his office provided any details about this person, such as “age, vaccination status or any underlying conditions,” according to The Washington Post.

I think we would do well to remember that the U.S. included gunshot, car accident and cancer victims who had COVID-19 at the time of their deaths on the list of people who died of COVID.

During a visit to a London vaccination site, Johnson warned against complacency. “I think the idea that this is somehow a milder version of the virus, that’s something we need to set on one side and just recognize the sheer pace at which it accelerates through the population.”

On the contrary, I don’t understand how we can ignore the mildness of this variant, especially when we “recognize the sheer pace at which it accelerates through the population.” Omicron may help us finally reach herd immunity because many people will be infected without severe symptoms.

The last thing Americans need to hear right now is threats from our weak president.

The reality is that omicron doesn’t pose much of a risk. Clearly, the elderly and those with underlying conditions should be more mindful. But if you’ve refused to get the vaccine this long, why would you submit to one in the face of the mildest variant yet? Biden’s messaging is not going to convince anyone.

Omicron isn’t the first variant we’ve had to contend with. Scientists have learned a lot about this virus over the past two years and are prepared to deal with it.

For those who want it, we have a vaccine that can mitigate its effects and therapeutics that can stop it in its tracks. Even good old ivermectin has worked miracles in countries like India.

Time to put COVID-19 in its place and move on.