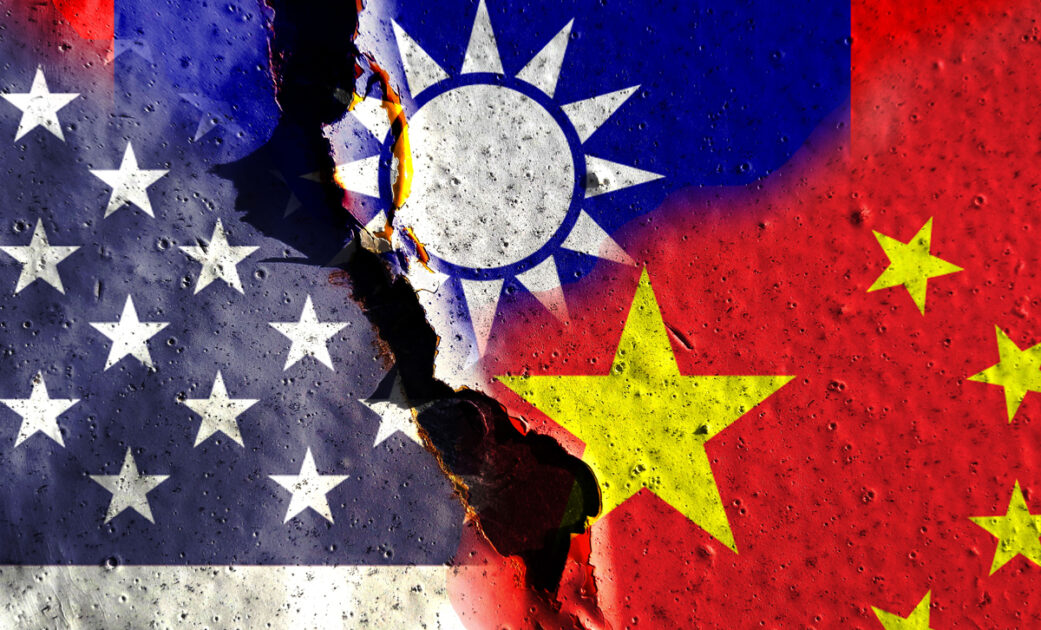 The following article, Biden Admin’s Treatment of Taiwan at Summit for Democracy Shows How Afraid Biden Is of Beijing, was first published on Flag And Cross.

Last week’s so-called Summit for Democracy was supposed to be an event where President Joe Biden’s administration stood up to China. That wasn’t anyone’s takeaway from the shindig, however. In fact, if it ends up being remembered at all, it’s because it proved how quickly the White House will cower in the face of Beijing’s pressure.

According to a report from Reuters on Monday, U.S. officials cut the video feed of Taiwanese Digital Minister Audrey Tang after she showed a map which — gasp! — implied Taiwan was a separate country from China.

This isn’t the first time the Biden administration has capitulated to China, and it won’t be the last. Then again, the president is little different from his allies in the mainstream media and Big Tech. We’re dedicated to equipping readers with the truth about Beijing, the world’s most pressing threat to democracy, here at The Western Journal — and you can help us by subscribing.

The video in question showed the Asian region with a color-coded map based on a ranking of nations by civil rights from a South African non-governmental organization. Taiwan was colored green, which identified it as “open.” The other nations in the region — including China — were represented as being “closed,” “repressed,” “obstructed” or “narrowed” in various shades of red, orange and yellow.

“The sources, who did not want to be identified due to the sensitivity of the matter, said the video feed showing Tang was cut during a panel discussion and replaced with audio only — at the behest of the White House,” Reuters reported.

“The White House was concerned that differentiating Taiwan and China on a map in a U.S.-hosted conference — to which Taiwan had been invited in a show of support at a time when it is under intense pressure from Beijing — could be seen as being at odds with Washington’s ‘one-China’ policy, which avoids taking a position as to whether Taiwan is part of China, the sources said.”

Of course, one would have noted Beijing would have hardly been mollified by this excuse, given Taiwan had been invited to present at the Summit for Democracy, which, definitionally, would have credited it with being a) a country and b) democratic.

It’s worth noting U.S. officials deny this is the explanation for the event, with a State Department spokesperson saying “confusion” led to Tang’s video being dropped and that it was “an honest mistake.”

Tang herself has echoed this, according to Taiwan’s Formosa TV:

This doesn’t sound particularly convincing, however, in the face of Reuters’ reporting. It strains credibility to believe that technical gremlins just happened to strike Taiwan right after their delegate showed a map which depicted the nation as independent from China. Furthermore, we’re to believe these glitches only affected Tang’s video feed and not her audio.

As for Tang’s words, what else is she supposed to say? Taiwan has no friends as powerful as the United States, but the Biden administration has proved they intend to walk a fine line when it comes to Taipei — and Beijing has already expressed anger over the fact Taiwan was invited at all. As German state broadcaster Deutsche Welle noted last month, Chinese authorities said it was a “mistake” to invite Taiwan and said they were “firmly opposed” to the move.

“This stance is clear and consistent. We urge the US to stick to the ‘one China’ principle,” said a spokeswoman in China’s Taiwan Affairs Office.

In a letter to the White House on Tuesday, Florida GOP Sen. Marco Rubio expressed anger at the move and what he said was a more serious move: the downgrade of Taiwan’s representation at the summit. While other nations were represented by their heads of state and nations “that asked to delegate their representation to a lower level reportedly met stiff resistance from your administration,” he wrote, Taiwan was only represented by Tang and a Taiwanese representative to the United States, Hsaio Bi-hkim.

“Decades of a failed engagement policy should have taught us by now that making concessions to Beijing is a one-sided and fruitless endeavor. And yet it continues,” Rubio wrote. “The Chinese Communist Party (CCP) never reciprocates such concessions, nor do they exercise constraint, or otherwise modify their bombastic response to our perceived political offenses.”

“Sadly, your administration’s attempts to accommodate Beijing did not stop with downgrading Taiwan’s representation,” he continued.

“According to widely available press reports, White House officials cut off the transmission of Minister Tang’s video while she was presenting because Tang had a map that displayed China and Taiwan in different colors. If true, this is yet another concession to the CCP.”

New York Republican Rep. Claudia Tenney, meanwhile, said the move was “reprehensible” and demanded “an immediate public apology” from the administration: “Tyrants around the world must know the US stands for freedom, self-expression, and democracy,” she wrote.

The White House’s decision to censor Taiwan is reprehensible.

Tyrants around the world must know the US stands for freedom, self-expression, and democracy.

“A minister from Taiwan was censored by the Biden Administration so as not to offend China at the ‘Summit of Democracy,’” she tweeted.

A minister from Taiwan was censored by the Biden Administration so as not to offend China at the “Summit of Democracy.” Oh how ironic.https://t.co/wDSG9CTAey

If by “ironic” you mean “predictable,” sure.

The United States’ brave stands on China have so often, under Joe Biden, come out in the wash as far less than brave.

Take the Winter Olympics in Beijing next year, where the president dithered on announcing any kind of boycott over human rights issues until the last minute — finally deciding on a weak diplomatic boycott earlier this month. China’s Foreign Ministry mocked this as “wishful thinking and pure grandstanding.”

The situation is ostensibly similar to this. Biden made something approximating a stand, but it was dishwater weak, and Xi’s regime knew it. They could afford to laugh. They didn’t stop laughing all the way through the Summit for Democracy, one imagines.

Continue reading: Biden Admin’s Treatment of Taiwan at Summit for Democracy Shows How Afraid Biden Is of Beijing ...