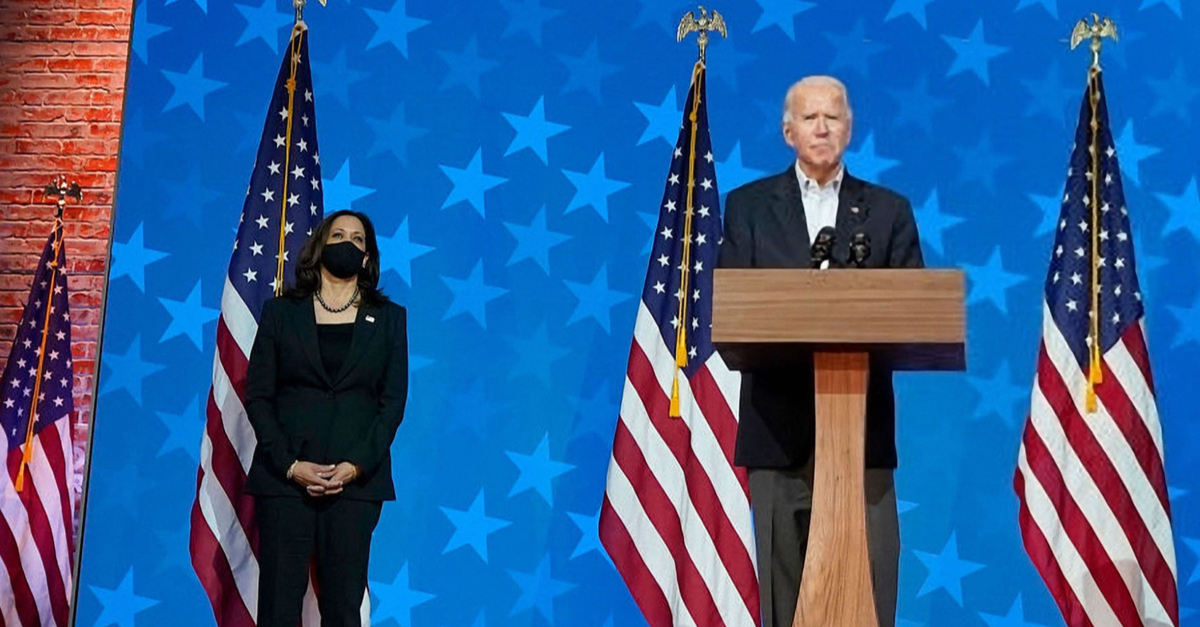 The following article, Joe and Kamala Can’t Get Their Stories Straight on 2024, was first published on Flag And Cross.

Over the course of the last several months, it has been almost painful to watch the tumult in the White House.  There has been a mass exodus from the Biden administration, with many leaving from the East Wing and the office of Vice President Kamala Harris, all occurring under the dark cloud of an obvious disconnect between she and the Commander in Chief.

Now, as if we needed any more reason to worry about the competency of the White House, new reports are emerging that seem to suggest that the two most prominent politicians in the country are simply not communicating with one another at all.

During a White House press briefing, ABC News senior White House correspondent Mary K. Bruce asked Jean-Pierre to address a recent report from The Wall Street Journal in which Harris was asked if Biden intended to run for reelection in 2024.

“She didn’t say yes,” Bruce noted. “She just said that the two of them hadn’t talked about it. Of course, you all and the president himself has said that he does plan to seek reelection. So what’s the disconnect here?”

“Well, I mean, I can’t speak to a conversation that the vice president and the president have,” Jean-Pierre replied. “I could only say what and reiterate what Jen [Psaki] has said, and what the president has said himself, that he is planning to run for reelection in 2024. I don’t have anymore to add.”

When asked for clarification regarding whether Biden plans to keep Harris as his running mate if he runs again, Jean-Pierre said, “Yes, he does. There’s no change.”

Harris told The Wall Street Journal on Wednesday that she and Biden have not discussed whether he plans to run for a second term, even after the White House’s assurances that the president intends to do so.

The mixed messaging comes at a terrible time for the White House, with Joe Biden’s approval ratings reaching historic lows and a majority of Democrats believing that Biden himself shouldn’t be running at all in 2024.

Continue reading: Joe and Kamala Can’t Get Their Stories Straight on 2024 ...