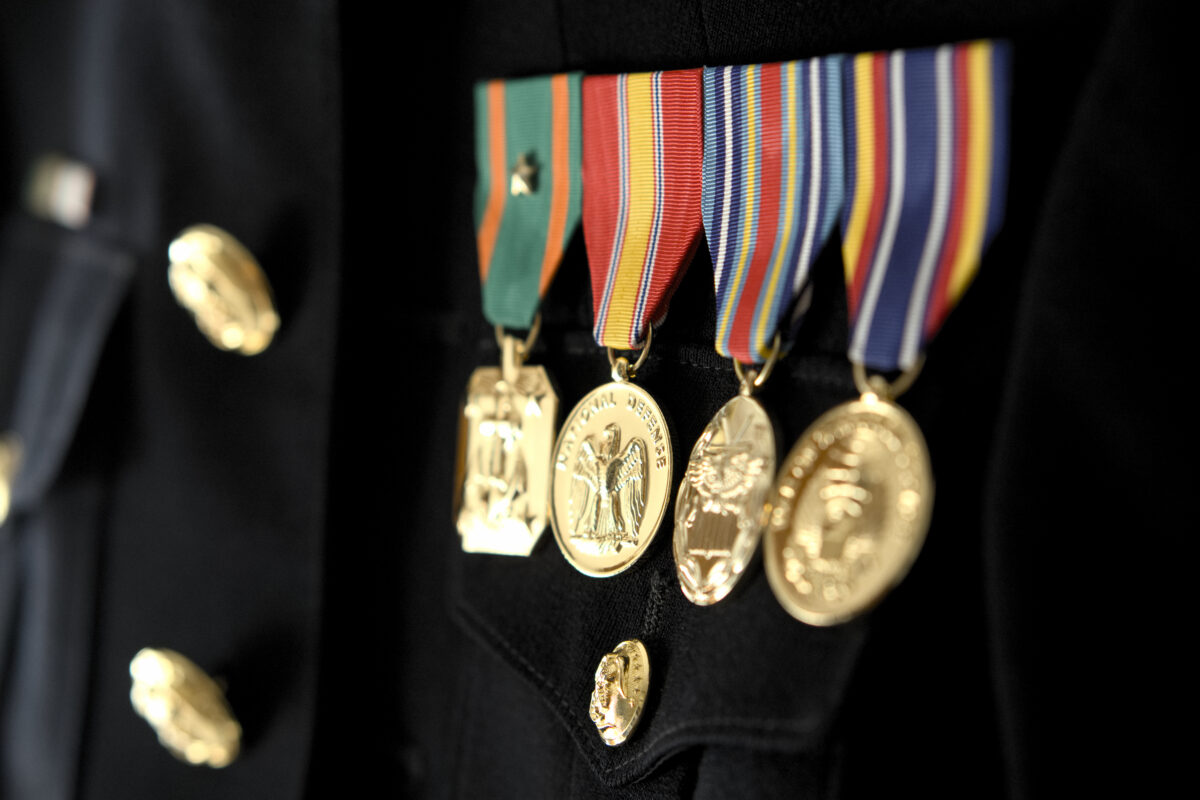 The following article, Biden’s Military Aide Announces Posthumous Medal Of Honor – But Recipient Is Alive in the Room, was first published on Flag And Cross.

It’s no secret that Joe Biden is known for his gaffes. Since becoming president of the United States, he’s been held to a much higher standard — one which neither he nor the White House staff that supports him has done a particularly good job of meeting.

There is, of course, the added concern that the 79-year-old president could be exhibiting signs of dementia, which often makes for disastrous moments in public.

However, you would think that issuing the Medal of Honor, the highest honor our fine service members can receive, to three formidable American heroes would prompt everyone to be on their best behavior and work overtime to make sure that the whole thing goes off without a hitch.

But not the Biden White House, apparently.

It was bad enough that Biden initially mispronounced the name of Sgt. 1st Class Alwyn C. Cashe, who became the first black American in two decades to be awarded the Medal of Honor. Cashe was honored for his heroic rescue of fellow soldiers from a burning vehicle in Iraq in 2005, as ABC News noted.

Cashe died as a result of his injuries. Biden presented his award to Cashe’s widow, Tamara Cashe.

Unfortunately for the somber occasion, the president called him Alwyn “Chase” not once, but twice, in front of his widow and other family members.

His name is Alwyn Cashe pic.twitter.com/HG4HuaLdve

Now, this is where things get worse.

Biden’s military aide, Marine Lt. Col. William Kerrigan, read out the honors to Master Sgt. Earl Plumlee, referring to the award as “posthumous,” when the recipient was not only alive and well, but was standing immediately next to President Biden at that very moment, as The New York Post reported.

Narrator reading Biden’s citation, announces that the Medal of Honor is being awarded to Master Sgt. Earl Plumlee “posthumously.”

Plumlee is very much alive and standing right next to Biden. pic.twitter.com/h1LxmrBwDg

Now, of course, Cashe and Sgt. 1st Class Christopher Celiz, who also received the honor for heroic actions after succumbing to a fatal wound while protecting a medical evacuation helicopter in Afghanistan in 2018, received their medals posthumously, so could this have been a simple mix-up? Sure. Not that such carelessness is easily forgivable in this case.

You’d think that, as the majority of Medals of Honor are presented posthumously, it would be all the more significant that Plumlee was the sole recipient that day who was there in the flesh.

Yet still, couldn’t whoever wrote what Kerrigan was given to read have been bothered to recall that this was the one award that was not, indeed, posthumous?

Now, to be fair, while I have my strong opinions about the Biden administration, there are times when some mishaps can be easily chalked up to simple incompetence, rather than malfeasance.

The thing is, when it comes to honoring our fallen and also our living service members, any presidential administration should take such a task very, very seriously, even if they’re not already at risk of being on thin ice with our service members.

This is an administration that dove into a full woke-ification of the U.S. armed forces almost as soon as Biden took office.

It is one that put our military personnel at risk with a logistically terrible withdrawal from Afghanistan while leaving millions of dollars’ worth of their gear behind, much to the Taliban’s delight.

And when, during that disastrous withdrawal, 13 service members were killed in the Kabul ISIS blast, Biden couldn’t even act reverent long enough to respectfully watch their caskets return stateside to their grieving family members.

Now the White House can’t even keep track of which of the heroes being honored are alive or not?

Like I said, I’m willing to chalk up a lot that the White House does to the undeniable incompetence with which it so often appears to operate. If our president is suffering from a decline in his cognitive abilities — which would be no small concern to the American public and national security — they can’t control when and how he’s going to flub up names or struggle with the teleprompter. It simply can’t be helped.

But Biden didn’t give the announcer a script with this glaring error in it. Someone else did.

Why does the White House screw up so much, we have to ask? Especially at times like these? It’s often pondered aloud who is really running the show behind the scenes, since it often doesn’t seem that Biden is, but whoever it may be, they almost seem to be phoning it in at this point.

Of course, it’s hard not to also bear in mind that Biden, as the most progressive president in history, has long been taking cues from the radical faction of his radical party, which has become decidedly un-American as of late.

He’s taken a decidedly lukewarm stance towards the U.S. military, from toeing the party line that the U.S. military is infused with white supremacy, thus justifying the injection of critical race theory into the ranks, humiliating our nation before the world and disregarding the lives of our service members in Afghanistan. More recently, he did not even bother to show up to the 80th anniversary of the attack on Pearl Harbor to honor the lives lost and meet with some of the scant few brave survivors and other WWII vets we have left with us today.

It’s hard not to wonder if this latest error at the medal ceremony is more than just incompetence. Rather, it seems to denote a disgraceful lack of concern for the institution of the U.S. military — and everything that our service members fight to protect.