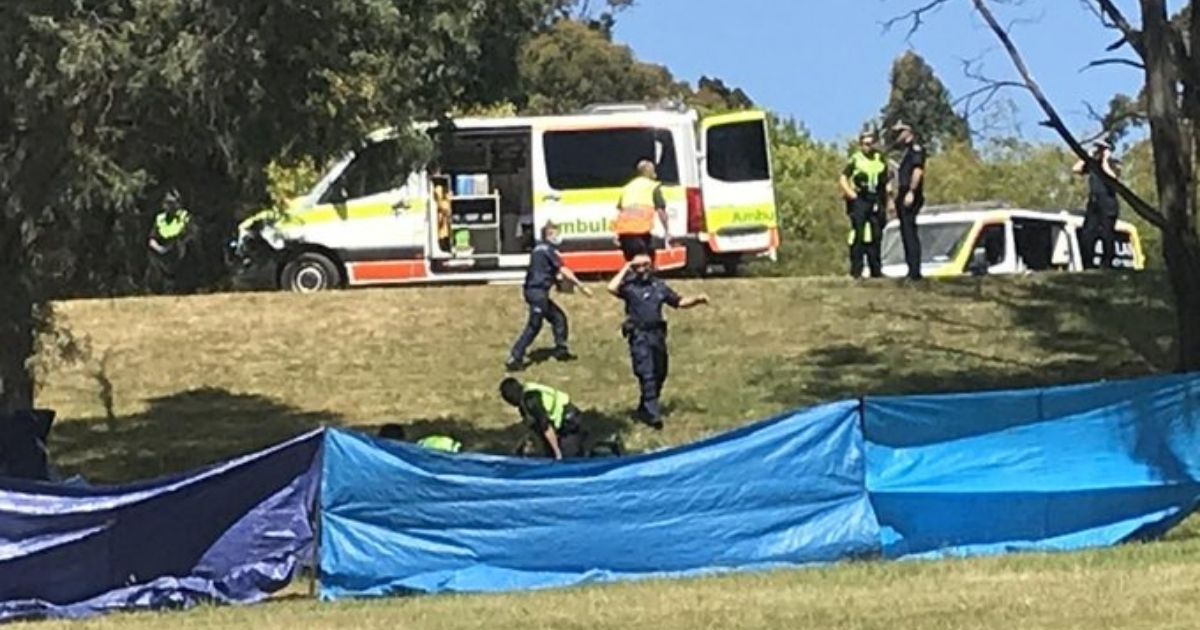 The following article, 5 Children Killed in Bouncy Castle Disaster, 4 Others Injured, was first published on Flag And Cross.

What was supposed to be a day of play turned tragic Thursday as a gust of wind lifted a bouncy castle high in the air.

Five children fell to their deaths, while four others were injured, according to the BBC.

The accident took place in Devonport, Tasmania, along the southern coast of Australia.

“A wind gust had reportedly caused the jumping castle and inflatable balls to lift into the air,” Tasmanian Police Commissioner Darren Hine said.

“Our hearts are breaking for the families and the loved ones, schoolmates, teachers of these young people who were taken too soon,” Hine said.

Several children have fallen from a height of 10 metres, causing serious injuries, after the wind blew a jumping castle into the air at a primary school in Tasmania’s north-west @abcnews pic.twitter.com/tf01vevPab

Police said the children fell about 33 feet. Two boys and two girls were among the five children who died. The gender of the fifth victim was not released.

The children, all of whom attended Hillcrest Primary School, were between 10 and 12 years old, police said.

Five children have been killed and more are fighting for life after a bouncy castle accident in #Tasmania. @rachbaxter9 #9News pic.twitter.com/T4IpAOjAVn

“Young children on a fun day out … and it turns to such horrific tragedy. At this time of the year, it just breaks your heart,” Morrison said, according to the BBC.

Although paramedics arrived soon after the accident, which took place at 10 a.m. local time, four of the children were pronounced dead at the scene and a fifth died in a local hospital.

Three of the four children who were hospitalized are in critical condition, the Daily Mail reported.

BREAKING: A fifth child has died in hospital after a freak schoolyard accident Tasmania’s Police Commissioner has called “one of the most serious tragedies any of us will see”. https://t.co/GzmE4TPbqs

One parent said similar activities had been problem-free.

“You wouldn’t dream a fun activity day would end like this,” the woman, whose name was not given, said, according to the BBC. “We all feel so heartbroken for the parents involved. And feel guilty that we are also relieved our children were not injured.”

Tasmanian Premier Peter Gutwein said it was “simply inconceivable that this shocking tragedy has occurred,” according to NBC News.

Four #children #dead and five seriously injured after #bouncy #castle blown into air at #Australian #school
Several children fell from a height of about 10m after strong winds lifted the structure at #hillcrest #primary #School in #Devonport, #Tasmania. pic.twitter.com/Km4QldPqBw

An investigation into the tragedy has begun. It will be led by WorkSafe Tasmania, the agency in charge of health and safety regulations.

Bouncy castle accidents have claimed the lives of children in the past, according to the BBC.

A 2019 incident in China left two children dead and 20 injured.

A high-profile British case in 2016 in which a 7-year-old was in a bouncy castle that blew away resulted in two fairgrounds workers being charged with manslaughter by gross negligence.