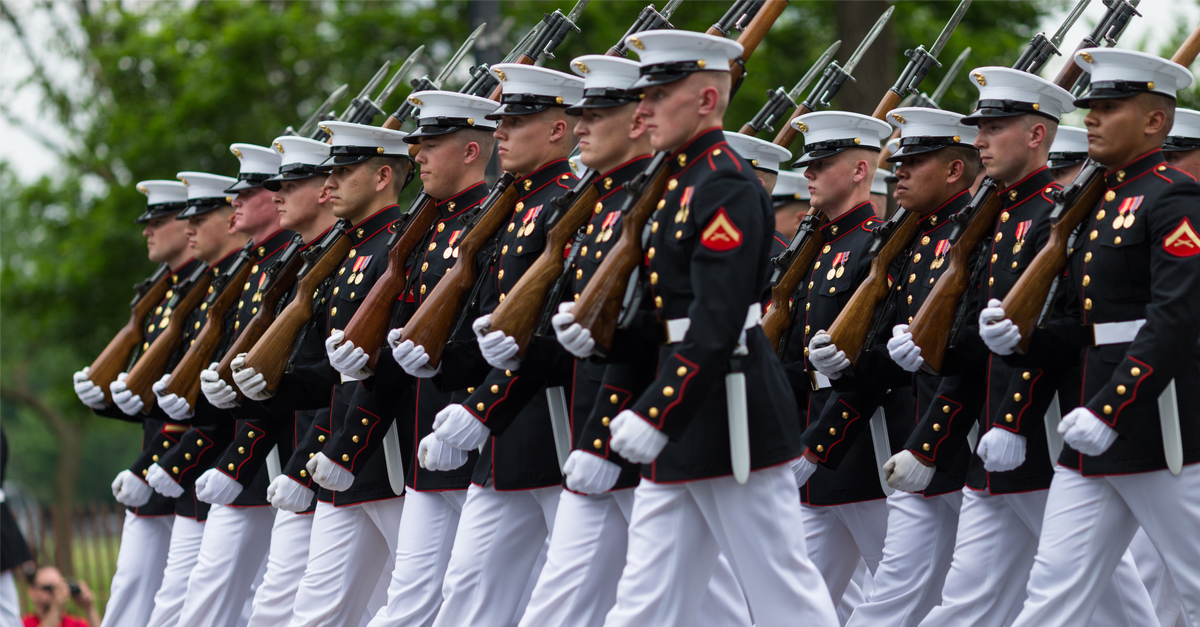 The following article, Over 100 Marines Discharged from Service on Account of Vaccine Status, was first published on Flag And Cross.

From the moment that the focus of the coronavirus pandemic turned to the widespread dissemination of vaccines, there were fears that the government and other entities would use them to discriminate against Americans, particularly as there has been a growing anti-vax movement in this nation over the course of the last several decades.

These fears have now come true, as employers begin punishing unvaccinated employees, entertainers refuse to perform in front of the un-inoculated, and American soldiers are being sent home on account of their personal medical choices.

One hundred three Marines have been discharged for refusing to take the COVID vaccine, the Marine Corps said Thursday, as the military services have begun to discharge a pool of possibly as many as 30,000 active duty service members who still refuse to be vaccinated — even after multiple opportunities to do so past vaccination deadlines.

And these numbers may jump rapidly:

While the percentage of vaccinated active duty personnel in each service is at 95% or higher, the number of unvaccinated personnel is close to 30,000.

Earlier this week, the Air Force became the first to make public that it had followed through on the warning, announcing that 27 airmen had received administrative discharges.

MORE: Biden encourages vaccine incentives, announces requirements for federal workers
According to the latest numbers provided by the Air Force and the Navy, 7,365 airmen and 5,472 sailors are unvaccinated, either refusing the vaccine outright or awaiting the processing of requests for administrative, medical, or religious exemptions.

The Marine Corps said Thursday that 95% of its active-duty force of 182,500 Marines had received at least one COVID vaccine shot, the lowest percentage among the military services. The Marine Corps has approved 1,007 medical and administrative exemptions and is still processing 2,863 of the 3,144 requests made for a religious exemption.

For all of the impacts that these vaccine mandates have had, perhaps none is as detrimental to our nation as the compromising of our armed services.

Continue reading: Over 100 Marines Discharged from Service on Account of Vaccine Status ...