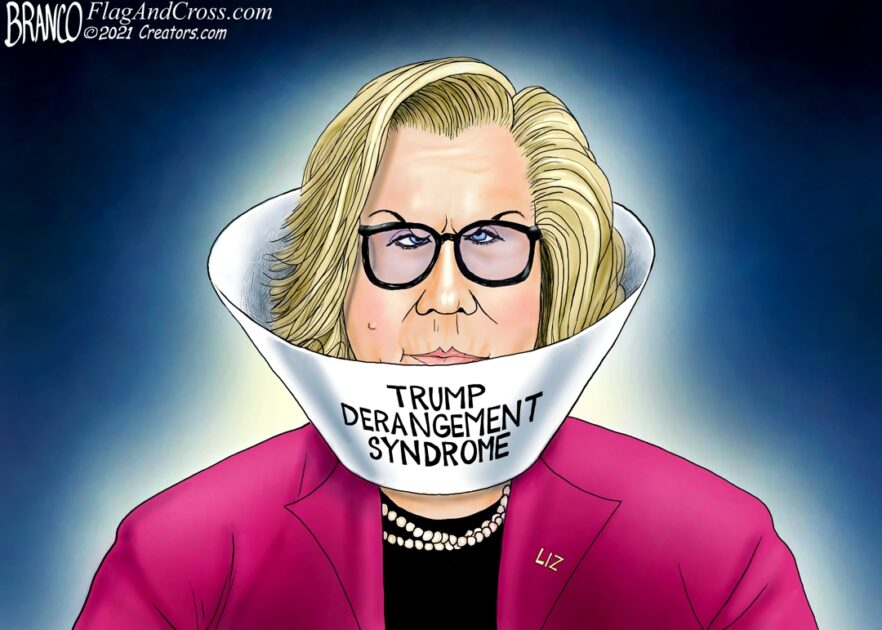 The following article, Fox News Hosts Fire Back After Their Jan. 6 Texts Are Released by Liz Cheney, was first published on Flag And Cross.

Two Fox News hosts pushed back against Republican Rep. Liz Cheney of Wyoming after Cheney released their communications with former White House Chief of Staff Mark Meadows on the day of the Capitol incursion.

Sean Hannity and Laura Ingraham criticized Cheney for trying to turn their text messages to Meadows — both of which said action was needed from then-President Donald Trump to stop the rioting inside the Capitol on Jan. 6 — into something they were not.

“Can he make a statement? Ask people to leave the Capitol,” read Hannity’s text to Meadows, as released by Cheney on Monday during the Democrat-led investigation into the incursion, according to the Washington Examiner.

Hannity responded to the release of the text on his radio show.

“The idea that I had sent a text to Mark Meadows that day on — on Jan. 6, and everybody in the mob in the media — Lynda, have you been watching the hysteria? … I mean, it’s laughable, but predictable,” he said to his producer, Lynda McLaughlin.

“Now, why would they release this, except that they’re trying to make a point?” Hannity said.

Hannity: “The idea that I had sent a text to Mark Meadows that day on — on Jan. 6th, and everybody in the mob in the media — Lynda, have you been watching the hysteria? … Now, why would they release this, except that they’re trying to make a point?” pic.twitter.com/EQqvyAkDkT

Later, on his Fox News TV show, he repeated his stand during the opening monologue of his show.

“Last night, in a weak attempt to smear yours truly, and presumably, I guess, President Trump, Congresswoman Cheney presented one of my text messages from Jan. 6 to Mark Meadows,” Hannity said.

“Surprise, surprise, surprise. I said to Mark Meadows the exact same thing I was saying live on the radio at that time and on TV that night, on Jan. 6 and well beyond Jan. 6,” he said.

“I’m an honest, straightforward person. I say the same thing in private that I say to all of you,” Hannity said.

The Fox News host said Cheney “is interested in one thing and one thing only: smearing Trump and purging him from the party.”

He said his privacy had been violated with the release of his private communications.

“Where is the outrage in the media over my private text messages being released again publicly? Do we believe in privacy in this country? Apparently not,” Hannity said.

He said it would be interesting to see messages that passed between the Cheney clan and Trump when Trump pardoned Scooter Libby, an aide to Cheney’s father, former Vice President Dick Cheney.

Ingraham’s text message to Meadows, as publicized by Cheney, said, “Mark, president needs to tell people in the Capitol to go home. This is hurting all of us. He is destroying his legacy.”

Addressing the issue on Tuesday’s “Ingraham Angle,” she made it clear that any effort to say she said one thing in private and another public is a lie.

“This sent left-wing media hacks into spin-and-defame mode. Now, of course, the regime media was somehow trying to twist this message to try to tar me as a liar, a hypocrite who privately sounded the alarm on Jan. 6 but publicly downplayed it,” Ingraham said.

“Had they bothered to actually watch what I said the night of Jan. 6 or read any of my public tweets from the afternoon of Jan. 6, well then they couldn’t have denied the truth,” the Fox News host said.

She then showed multiple clips in which she denounced the riot that followed a peaceful protest as being against what the Make America Great Again movement was all about.

“Now this is all public record, kids. … The real big lie is the expansive narrative of Jan. 6 that these clowns have made the center of their political existence,” she said.

“So it’s time to face facts, shut down the false narrative and treat Cheney and her clique the way the American people treat them: by tuning them out.”

Continue reading: Fox News Hosts Fire Back After Their Jan. 6 Texts Are Released by Liz Cheney ...