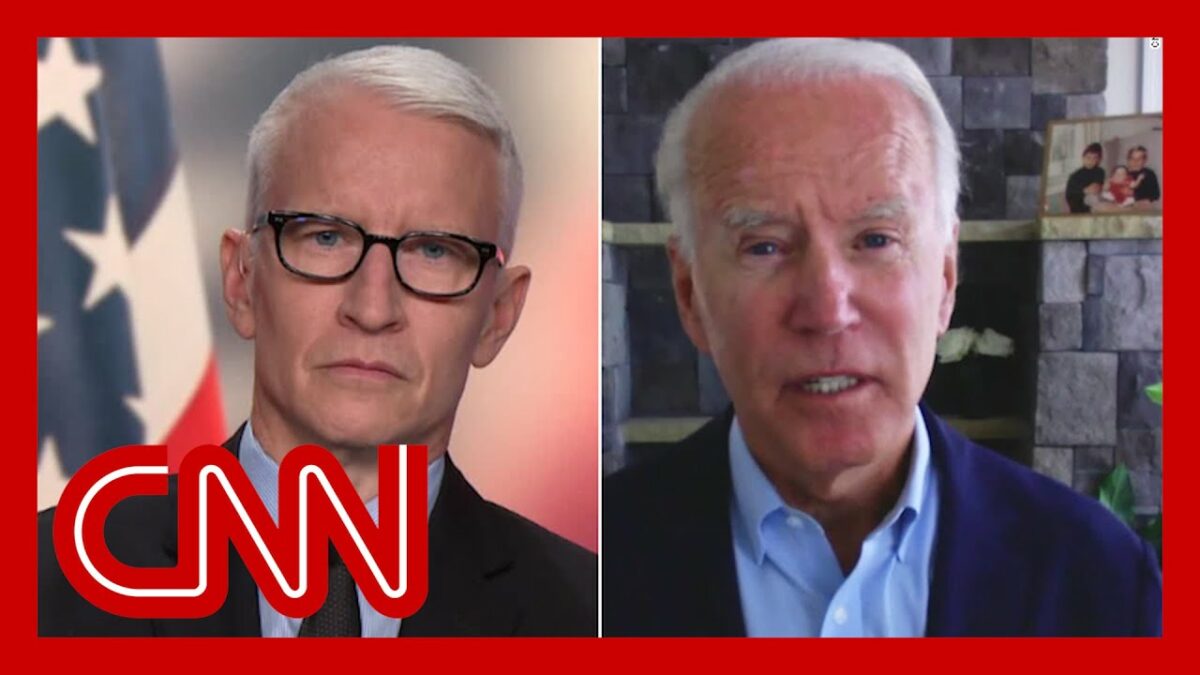 The following article, CNN Worries About Biden’s Age and Popularity, Drops Names of 11 Candidates to Replace Him in 2024, was first published on Flag And Cross.

The next presidential election might be almost three years away, but for Democrats, it’s already time to worry.

The aging, inept Democratic president in the White House is finishing a first year in office marked by disaster at home and abroad and has polling numbers to show it; his vice president has even lower approval ratings than he does, and anyone watching American politics with even casual interest anticipates a well-deserved bloodbath for the Democratic Party in next year’s midterms.

As bad as that appears, when one of CNN’s most prominent commentators took a look at the party’s presidential bench — as possible replacements for President Joe Biden on the 2024 ticket — it looks a whole lot worse.

Spinning off a New York Times report published Sunday about the potential presidential maneuverings by ambitious Democrats, Chris Cillizza, CNN editor-at-large and notable liberal sycophant, published a rundown Monday of potential successors to the already-blackened Biden name in the White House, with a cheery one-sentence description of the individual’s strengths.

It’s not just that the list isn’t intimidating, for a political party that currently dominates power in the nation’s capital — it’s downright embarrassing.

Leading off, of course, is Vice President Kamala Harris, a woman who’s unsuitability for anything close to a position of power grows by the day (even the mainstream media has noticed). As Biden’s understudy, she has been impressively unimpressive since the inauguration — with a notable face-plant on dealing with the illegal immigration crisis that managed to turn off Americans on both ends of the political spectrum.

Behind her is Transportation Secretary Pete Buttigieg, the robotic former mayor of South Bend, Indiana, whose chief claim to fame is being gay and legally married to another man. Buttigieg’s other noteworthy “accomplishment” is supposedly being in charge of the nation’s transportation system in a year when the “supply chain” has been an American worry for the first time in living memory.

(No worries, though, Mayor Pete was at home with his husband and their two adopted children. It’s all good.)

What’s particularly pathetic about the whole thing is that Cillizza calls Buttigieg “the most naturally talented” Democrat in the field. And he’s probably right.

Following the Big Two come two senators, Amy Klobuchar of Minnesota and Elizabeth Warren of Massachusetts — the Democrats’ Good Witch from the Midwest and the Wicked Witch of the East. They presumably have some name recognition, but their performances, even in the Democratic primaries of 2020, don’t indicate there’s a national following waiting to well up.

Klobuchar and Warren at least have names familiar enough to shorthand in a headline.

Roy Cooper? He’s the governor of North Carolina, but if there are 50 Americans outside the Tar Heel State who know that, it just means they’ve got relatives there.

Gina Riamondo? She’s the secretary of commerce, a cabinet position that actually gives her a leg up on the presidency over Buttigieg at transportation, under the Presidential Succession Act of 1947, but it’s a good bet that’s about the only place she has a shot. (And if it comes to getting that far into the presidential succession ranks, we all have bigger problems anyway.)

For some reason, both the Times and Cillizza thought it was worth mentioning Michigan Gov. Gretchen Whitmer as a potential candidate, a woman who will be lucky to win reelection in her own state after her scandal-plagued performance during the coronavirus pandemic.

Then there’s New Jersey Gov. Phil Murphy, who damn near didn’t win reelection in his home state only last month — a Democratic stronghold where a Republican shouldn’t have had a prayer, but did because of Murphy’s weakness.

Next is Illinois Gov. Jay Pritzker, a man whose presidential qualifications, according to Cillizza, boil down to “he’s the governor of a Midwestern state” and “very, very rich.”

While “very, very rich” probably trumps “infrastructure coordinator” in terms of PR, it does not, by itself, a president make. (Just ask Michael Bloomberg.)

And, of course, no list of Democratic dreamers would be complete without Stacey Abrams, the failed gubernatorial candidate in Georgia who apparently plans to seek the top job in the Peach State again next year.

According to the Times, Abrams’ campaign manager insists she’ll serve a full term in Atlanta if she wins in 2022. (The nation can breathe at ease.)

Of course, it’s a political eternity before the next presidential election, and political obscurity doesn’t necessarily doom any campaign. (How many normal Americans outside of Arkansas had even heard of Bill Clinton in 1989? How well-known was Barack Obama outside of Illinois in 2005?)

But there are two points worth noting here.

The first is that not even a year into his presidency, Biden’s physical and mental health, and political weakness, are at the point where even sympathetic outlets like The New York Times and CNN are already looking past him for potential replacements.

The second is that the list of potential replacements is so laughably weak.

In the 2016 GOP primary, the Republican field was overcome by the vibrancy, political energy and sheer star power of the Donald Trump campaign, but just about every contender was a viable candidate for the presidency. (Even John Kasich, if he’d been running as a Democrat.)

The Republican primary field in 2024 will, of course, hinge on whether Trump runs again. But if he doesn’t, there’s no reason to think the GOP field won’t be as strong.

What the Times and CNN are really highlighting here is how weak the current Democratic administration is and how weak any potential successor might be.

With Biden looking and acting every weary minute of his 79 years on this earth, there’s a rock-solid reason for his party and his country to be thinking about who’s going to be in the Oval Office sooner rather than later.

And even with an election almost three years off, it’s time for Democrats to worry. If you were a Democrat, you’d worry, too.

Continue reading: CNN Worries About Biden’s Age and Popularity, Drops Names of 11 Candidates to Replace Him in 2024 ...