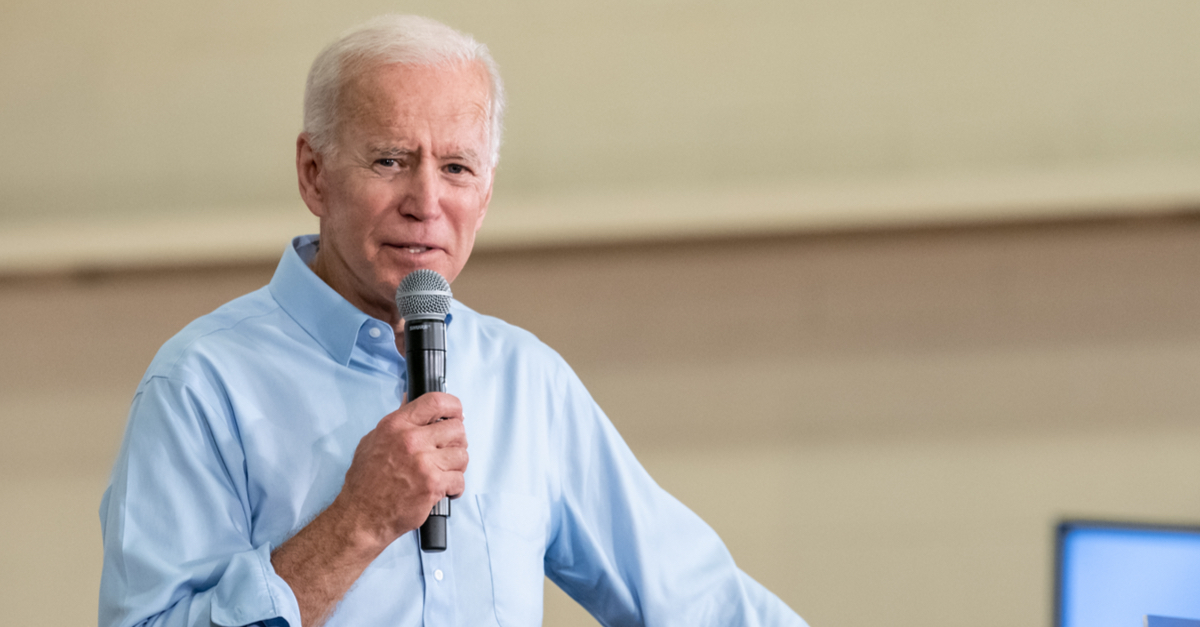 There are very few instances during a President’s time in office where it takes very little effort to be seen as a uniter, a healer, and an overall good guy.  Joe Biden embarked on just such a mission this week, but was far from being hailed as any of the above.

After massive storms and a cadre of tornadoes devastated Mid-Atlantic region, President Biden touched down in Kentucky on Wednesday, a state that bore the brunt of the horrendous weather.  With dozens dead, (and dozens more still unaccounted for), all the President had to do was show up, appear compassionate, and avoid controversy.

Instead, Biden was greeted with a rather cold reception, and an all-too-familiar chant.

President Biden was met with “Let’s go, Brandon!” jeers while surveying the tornado damage in Kentucky on Wednesday.

Biden was greeted with a Trump flag and someone yelled, “Let’s go, Brandon!” twice after the president stepped out of his motorcade in Mayfield, BBC News correspondent Tara McKelvey reported.

The anti-Biden phrase became an internet sensation in October after an NBC reporter at a NASCAR Xfinity Series race incorrectly reported that fans in the stands were chanting “Let’s Go Brandon” following a victory by driver Brandon Brown, when they were really shouting, “F–k Joe Biden.” It has since become a wildly popular anti-Biden rallying cry, breaking out at concerts, sporting events and even churches.

The moment was captured on video:

I’m with the president in Mayfield. Looking at destruction. There is a Trump flag and when Biden got out of the motorcade someone called: “Let’s go, Brandon.” They said it twice. https://t.co/5RuLK62O2Q pic.twitter.com/XTWtXE6ASu

The swath of damage from the storm is believed to exceed 227 miles in length, and researchers are currently working to determine whether or not the destruction was the result of several relaying tornadoes or one historic twister.