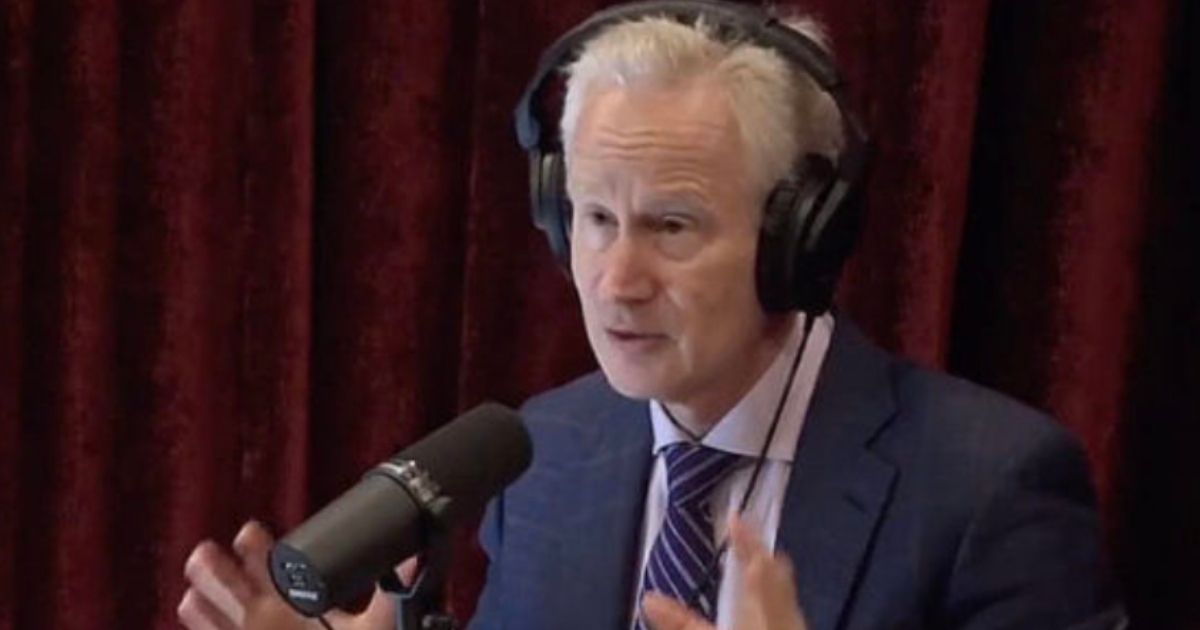 The following article, Top Cardiologist: Game-Changing Study Shows THIS More Dangerous Than Virus Itself, was first published on Flag And Cross.

As many as 45,000 people may have died from the mRNA shots being given to halt COVID, according to prominent physician Dr. Peter McCullough.

And teenagers — especially boys — are more at risk from being hospitalized from the vaccine than they are for COVID, he said. The culprit is myocarditis, inflammation of the heart.

McCullough should know. He wrote the book on cardiology. Literally.

Published more than 650 times in medical journals, editor of a cardiology journal, author of a cardiology textbook, as well as being an internist and qualified in public health, McCullough is critical of government response to the COVID pandemic.

McCullough’s background has included serving on review teams for new vaccines, so he was surprised at what happened in early 2021 when the COVID vaccines were rolled out.

But things were handled very differently for the COVID vaccines, and McCullough called FDA actions “reprehensible and reckless.”

Under normal circumstances, when officials learned on January 22 of this year that there had already been 182 deaths following 278 million shots, the vaccine program would have been halted, McCulloch said recently on the DarkHorse podcast of scientist Bret Weinstein.

“Our [COVID] vaccine program would have been shut down in February for excess mortality in America,” he said.

McCullough said the shutdown should have been similar to the 1976 suspension of nationwide voluntary vaccination for the swine flu following only three deaths and 94 cases of paralysis due to those shots.

He said there are major risks with the COVID shots, especially for old people.

“We now know it’s the seniors who die with the vaccine … 50 percent of these deaths occur within 48 hours, 80 percent within a week,” he said.

“There’s nursing home studies from Europe and Scandinavia. They show — when they actually review the charts there in the seniors — at least 40 percent, the doctors have concluded, are directly due to the vaccines.”

McCullough said patients suffered “severe reactions, fever, chills, nausea, vomiting, blood pressure dropping and then death within a day or two, whether it’s basically a cardiopulmonary collapse due to overwhelming production of the spike protein or a thromboembolic or bleeding death a few weeks later.

“But they are clearly biologically related to the vaccines,” he said.

There’s also risk to young people, according to McCullough, noting that some obituaries for young adults are listing vaccination as the cause of death.

Then there are the side effects. Even the Food and Drug Administration agrees there is a link between myocarditis and the shots. “It was in younger children — it was serious! Ninety percent required hospitalization,” McCullough said.

The FDA and CDC recognized 200 myocarditis cases in June, but the total has since jumped to 11,000 certified cases in the VAERS [Vaccine Adverse Event Reporting System] system, the U.S. database which tracks vaccine-related deaths and injuries.

The myocarditis cases affect boys more than girls and “the real rate of myocarditis is at least 50 percent greater than what the [Centers for Disease Control] ever projected,” McCullough said, adding that children age 12 to 17 are more likely to be hospitalized for myocarditis than for COVID.

When Weinstein noted the vaccine mandates, the bullying, the stigmatizing of the unvaccinated, the demise of civil liberties and general ignorance of myocarditis, McCullough responded that, in general, people are willing to do what it takes to stop COVID.

“But people aren’t willing to sacrifice their life for this.

“And that’s what they’re being asked for; they’re being asked to … take a vaccine, and even though it’s rare, you could lose your life and then people are saying, ‘Well, how rare is rare?’ and I can just tell you, the mortality rate by all expert analyses is unacceptably high.

“We’re at 18,000 people in the CDC U.S. VAERS; about half of those are domestic — Americans — that have died with the vaccine.

“There is very good work done with the CMS [Centers for Medicare and Medicaid Services] data suggesting the underreporting factor on this is about five, so if you take 9,000 times 5, we currently are at some number that is, you know, 45,000 – 50,000 [American deaths]. And that’s conservative. It could be greater than that.”

People are becoming aware of what’s going on, according to McCullough. “People are walking away from their jobs because they know they could die with the vaccine.

“Once the word got out that people could die after the vaccine — in fact, deaths were occurring in large numbers — that was by mid-April … Rates of vaccination plummeted in mid-April. They absolutely plummeted.

“The word got out. It doesn’t matter what was on Twitter or on major media, people were talking to one another — everyone knew.

Yet, despite ongoing media and political alarmism, the COVID crisis is over, McCulloch said.

That’s because 80 percent of children in the U.S. already have had COVID.  And they and everyone else who has had COVID are protected by natural immunity.

“And now the CDC in the last week has acknowledged that they don’t have a single case of someone who has recovered from COVID getting it a second time and passing to anyone.

“So it’s basically over with.”

McCullough cited a preprint study posted in September at clinicalnews.org, that, while not yet peer-reviewed, supported his observations regarding vaccinated teens. It noted “a 4-fold increased risk of postvaccination myocarditis in those who had previously been infected” with COVID.

The report said it had been assumed that risks of COVID would outweigh risks of vaccination in 16- to 17-year-old boys, but the study found just the opposite. The report “predicted excess cases of vaccine-associated myocarditis/pericarditis would exceed COVID-19 hospitalizations and deaths under the ‘worst case scenario.'”