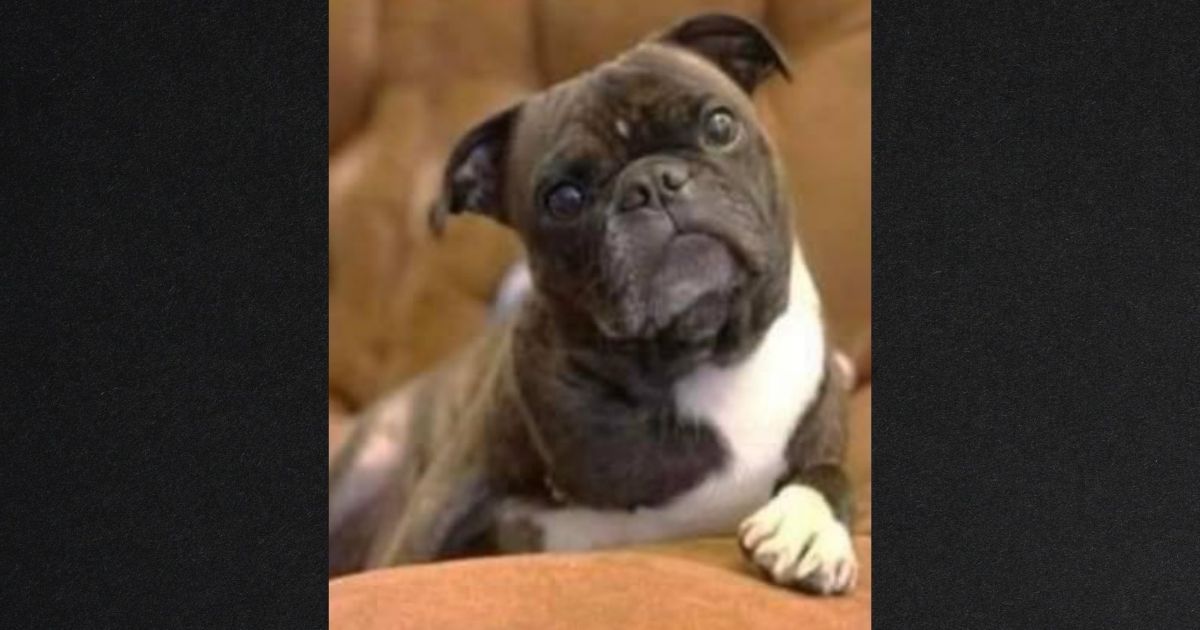 The following article, Thief Steals SUV with Dog Inside: Owners Search Nearly a Month Before Finding Her Near Bridge, was first published on Flag And Cross.

On Nov. 15, Justin Inman was the victim of a car theft. His SUV was stolen in Hudson, Wisconsin — but that wasn’t the worst part.

Inside his SUV was his Boston terrier/pug mix named Harper — a dog worth her weight in gold to the distraught Inman, who wasted no time launching a huge search effort.

“Hey guys, I’m sure most of you have heard, but Harp was in a stolen vehicle on Monday, Nov. 15th from Hudson WI,” he wrote on Facebook. “We tracked my laptop from Little Earth, turning around in Vadnais heights, and finally crashing in Coon Rapids.

“We believe the suspect dropped her off somewhere in Minneapolis, probably downtown, but we’re not 100% sure. I’ve been trying to cover every inch of Downtown Minneapolis, but to no avail, so far.”

He asked for help locating his missing pup, offering a $2,500 reward for her safe return. He also started the page “HARPER’S HEROES” to keep people updated on the progress.

He broke the area she went missing into a grid, noting when each area had been searched. A GoFundMe was started to raise the reward, and Inman posted online as well as hard copies locally, desperately hoping that someone, somewhere, knew where she was.

Inman also knew it was possible that someone had picked her up and fallen in love with her, so he addressed them directly in some of his posts.

“If someone has our little girl: To you she is just a dog, but to us, you have a huge part of our lives, you have our best friend,” he wrote in a post from Thanksgiving. “You have a part of our lives who we have watched grow over 4 years, get her teenage sassiness, lick our tears when we cry, cuddle us tight every morning and night.

“We can’t walk our house without hundreds of memories popping into our minds. Only you can make this pain go away. We’re begging you.”

After spending nearly a month rallying volunteers for searches, posting flyers, following up on leads and scouring every place they could think of, they finally got a tip from someone who spotted a small dog hiding out near a bridge.

“In short: We received a call tonight from an employee working under the I-35 bridge saying he saw a pup that resembled Harp about halfway up the bluff (through his binoculars). We drove the 30 minutes, as we have with dozens of leads, and couldn’t see anything. We started the climb up the hill, and in a little crevice of the bluff — We shined our light on our baby girl’s face. We called her name and she ran straight back into our arms, finally.”

The dog had lost a “huge percentage” of her weight, but after a health check at an emergency vet, she was found to be in good overall condition and is back home with her very grateful people.

“Thank you so incredibly much to Lost K9 for their huge help/support, to the hundreds of people volunteering to hang her fliers, to the thousands sharing our posts — you’ve made an impact that truly changed our lives, and I promise it is something we will never be able to repay,” Inman concluded. “Thank you from the bottom of our hearts.”

According to WCCO-TV, the SUV was found in Coon Rapids and Bradley Downwind, the suspect, has been found and charged with felony vehicle theft.

Continue reading: Thief Steals SUV with Dog Inside: Owners Search Nearly a Month Before Finding Her Near Bridge ...