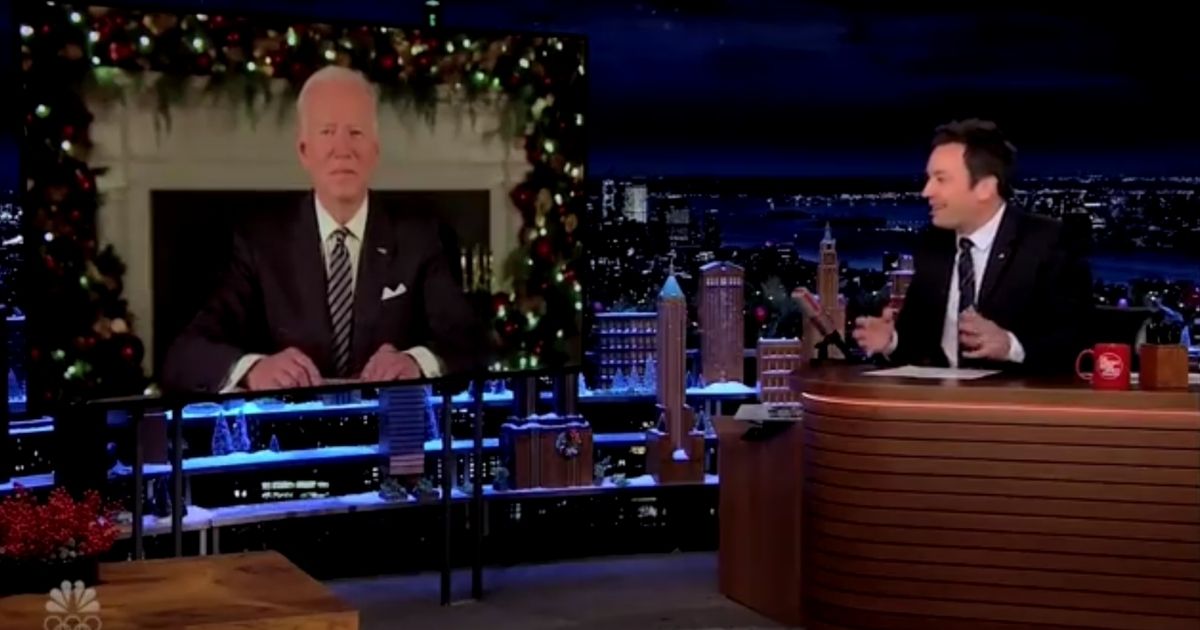 It has captured the attention of many members of the American public that President Joe Biden is not always spectacular in front of a camera.

That is, when his handlers loosen the leash and allow him to engage in casual dialogue with members of the media.

During televised appearances, Biden is wont to mumble, fumble, forget what he’s talking about and he conspicuously faced his first solo news conference as president — which came after he set a presidential record by delaying such an appearance — armed with notes to help him know which reporters to call on and what to tell them.

Meanwhile, when the president is questioned by the White House press pool, his handlers have become known for the urgency with which they shoo reporters away after very brief opportunities to test Biden’s ability to field impromptu inquiries.

Still, you would think that of all things, President Biden would be able to pull off a casual appearance on a late-night talk show hosted by a very sympathetic Jimmy Fallon.

He apparently could not.

President Biden, whose cognitive health has been called into question by both a former White House doctor and members of American and foreign media, seems to have prepared notes for his appearance on “The Tonight Show Starring Jimmy Fallon.”

Only Joe Biden would need notes to go on Jimmy Fallon..

At the end of the interview, as an adoring Fallon tells Biden, “If you ever need anything, I am there,” you can see the president gather up his notes.

Both of Biden’s recent predecessors, Presidents Donald Trump and Barack Obama, it must be noted, appeared on The Tonight Show (although Trump was a candidate at the time).

Neither needed notes; they were able to easily banter with the comedian for their lighthearted interviews.

Of course, Biden is leading a historically terrible administration. His presidency has been fraught with problems that the overeager Fallon appears to have teed him up to address, such as plummeting approval ratings and rising inflation.

“Do you pay attention to approval ratings?” Fallon asked.

Ah, I see, so listen to the people when they’re moderately pleased with you, but not when public opinion gets less favorable.

What a great leader.

When asked about challenges he’s facing, Biden addressed rising inflation on things which he astutely noted “matter to people’s lives,” but promised that it’s totally not going to be that bad for a long time.

Yeah, we believe that, Joe.

This could be why our elderly president came bearing notes — so he could use the opportunity to make light of his failures.

Of course, you’d think that simply memorizing a positive spin on his sinking popularity among voters and rising prices at the gas pumps and everywhere else wouldn’t be too difficult for the leader of the free world, but apparently not.