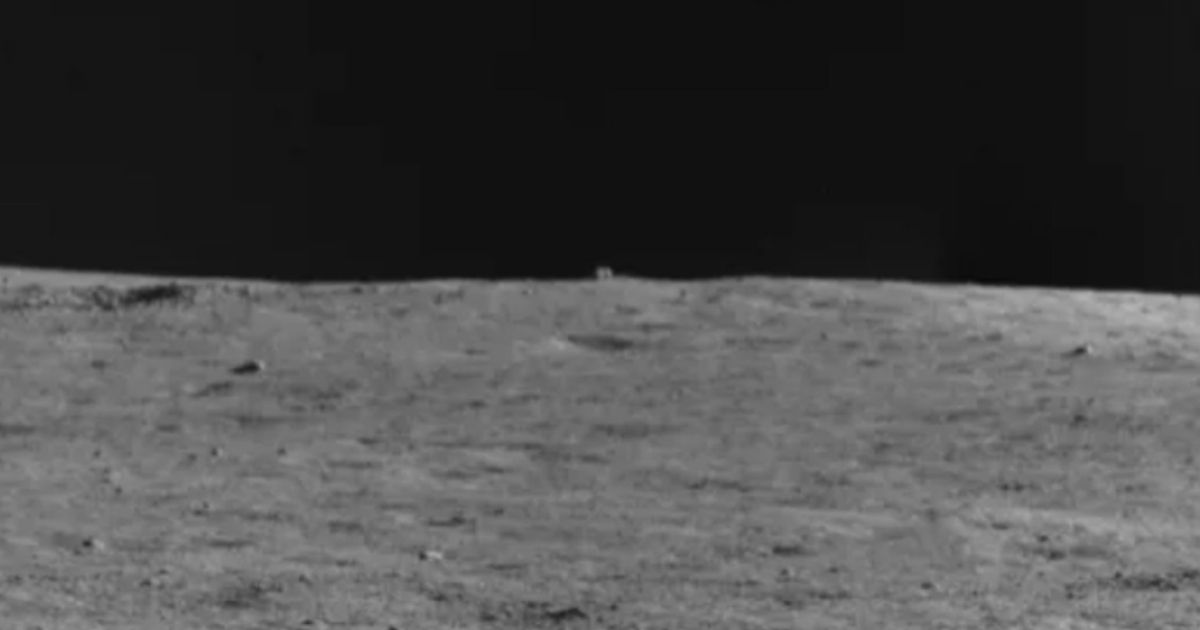 The following article, Mysterious ‘Cube’ Found on the Moon; Rover Now Investigating, was first published on Flag And Cross.

An object China first referred to as a “mystery hut” has been spotted on the moon, but it will be weeks before earthlings know what it really is.

In November, China’s moon rover, Yutu-2, spotted a cube-shaped object on the horizon while it was traveling along the Von Kármán crater on the far side of the moon, according to Canada’s Global News.

Our Space, a Chinese site that is part of the government-run China National Space Administration, called the unidentified shape a “mystery hut.”

The object was about 80 meters (87 yards) away when the grainy photograph of it was taken.

The robotic rover is inching its way toward the object, a journey that reportedly will take two to three months.

Space journalist Andrew Jones noted on Twitter that given the nature of the photo, the object might end up being just a boulder that’s been kicked up when something slammed into the moon’s surface.

Ah. We have an update from Yutu-2 on the lunar far side, including an image of a cubic shape on the northern horizon ~80m away from the rover in Von Kármán crater. Referred to as “神秘小屋” (“mystery house”), the next 2-3 lunar days will be spent getting closer to check it out. pic.twitter.com/LWPZoWN05I

China’s Our Space posed the question of whether the object was “a home built by aliens after the crash landing? Or is it the pioneer spacecraft of the predecessors to explore the moon?”

I really hope the moon cube turns out to just be a colony of introverts who will be SO annoyed we found them pic.twitter.com/TeqnaxBoWf

i hope that whatever the moon cube is ends up leading to the downfall of humanity so this will go on to become the funniest tweet ever written pic.twitter.com/2KAuYBKWl6

MOON’S GOT A CUBE

THE TIME OF HUMANITY IS ENDED

THE ERA OF THE CUBE HAS BEGUN

this is classic twitter news. I personally welcome the moon cube into the next 5 years of terminally online twitter lore https://t.co/7DxZisq4K6

Philip Stooke, a professor in the Department of Geography and Institute for Earth and Space Exploration at the University of Western Ontario, said the truth isn’t likely to be any such thing, according to Space.com.

“Chinese media are very eager to find all sorts of strange things on the moon. We tend to think they are all tightly controlled and just repeat the party line, but there is a ton of stuff spinning every news item into a sensational headline … alien bases, millions of tons of priceless metals or unspecified substances, conspiracies about western interests in space and everything else,” Stooke said.

“So I am not surprised that a rock which, in low-resolution images, looks roughly square and is played up as a hut or other type of building. Scientifically, the rock could be interesting, and I expect it or nearby rocks on the crater rim to be studied in detail when they reach it early in 2022. But it won’t look like a hut.”