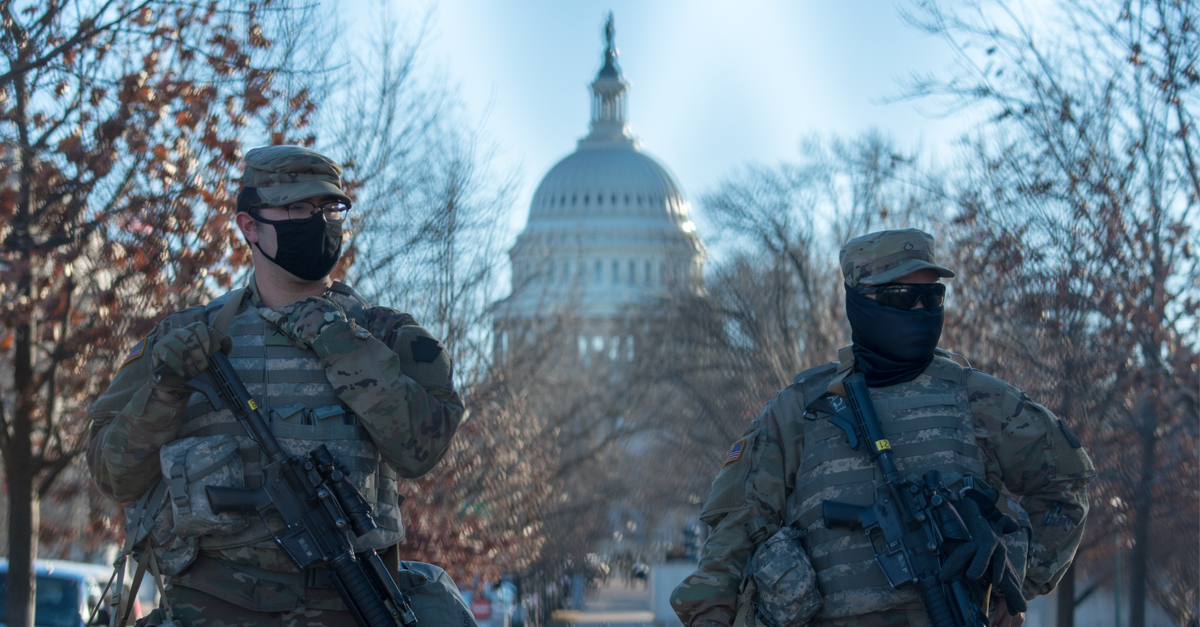 The following article, Mark Meadows Sent Strange Email About National Guard at Capitol on January 5th, was first published on Flag And Cross.

The saga of Mark Meadows appears to be turning ever stranger this week, as sections of an odd email sent in the hours prior to the attempted insurrection at the Capitol has been revealed in a court filing.

Meadows has already been very much a focus of the January 6th select committee of late, having been cooperative at first, but turning markedly less so in recent days.  His decision to withdraw himself from this amicable relationship came after it was revealed that the group had acquired a number of records from a third party communications company that Meadows had an account with.

Now, as the committee seeks to hold Meadows in contempt for his unwillingness to provide testimony and documentation, the curious communique has come to light.

Mark Meadows indicated in a Jan. 5 email that the National Guard was on standby to “protect pro Trump people,” according to documents obtained by the House committee investigating the Capitol riot, which the panel described in a public filing Sunday night.

The context for the message is unclear, but it comes amid intense scrutiny of the Guard’s slow response to violence at the Capitol on Jan. 6 and conflicting timelines about their efforts from the Pentagon and National Guard leadership.

It’s unclear who Meadows, the former White House chief of staff to Donald Trump, relayed the information to or whether it was the result of any insight provided by the Defense Department. But the exchange is of high interest to congressional investigators probing whether Trump played a role in the three-hour delay between the Capitol Police’s urgent request for Guard support and their ultimate arrival at the Capitol, which had been overrun by pro-Trump rioters. The comment also aligns with testimony from former Defense Secretary Christopher Miller, who said that in a Jan. 3 conversation with Trump, the then-president told him to “do whatever was necessary to protect the demonstrators that were executing their constitutionally protected rights.”

The select committee is running up against the clock in their efforts to procure information from former Trump White House officials, as it is becoming increasingly obvious that the Democratic majority protecting the group is likely to vanish after the 2022 midterm elections.