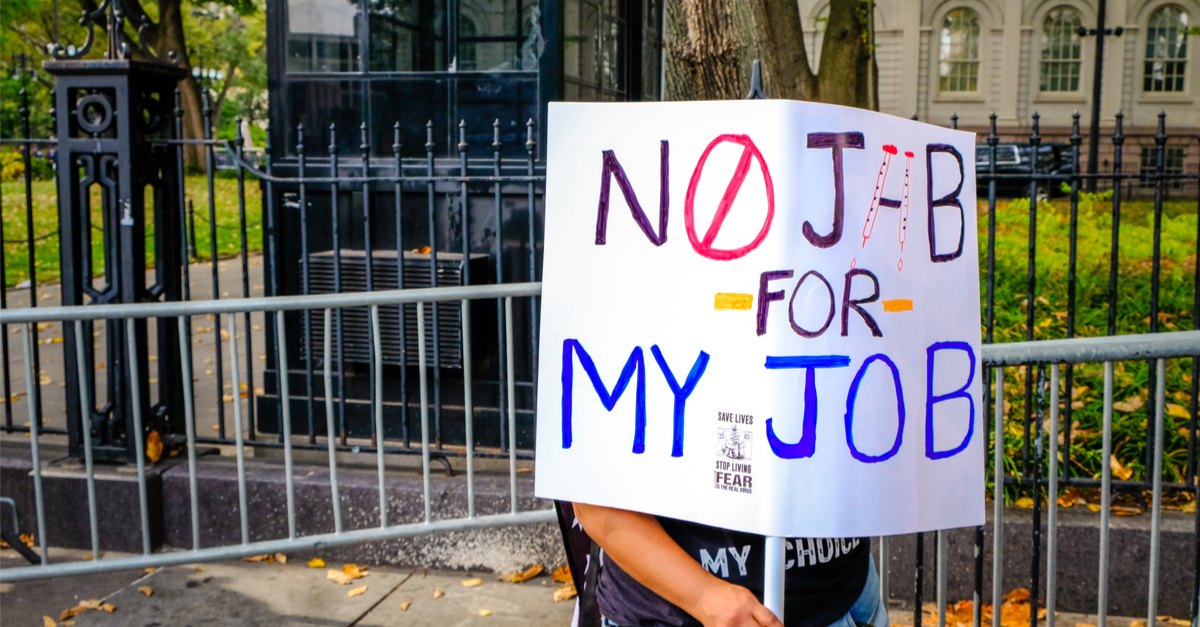 The following article, Mandates Failing as Federal Sites Refuse to Enforce Vaccine Rules, was first published on Flag And Cross.

There is a powerful saying among groups of rebels, often paraphrased in a number of different ways:  “They can’t stop us all”.

It’s the sort of idea that leads to collegiate football fans storming the field after a big win over a bitter rival, or pretty much any protest at all.  And it works.  We know full well that the power of the majority lies not only in expressing our beliefs, but acting on them as well.

And now, as the government continues to struggle with President Biden’s possibly unconstitutional vaccine mandate, the “they can’t fire us all” crowd is recording a number of major wins.

After a federal court order temporarily blocked President Joe Biden’s move to mandate COVID-19 vaccination for federal workers and contractors, unvaccinated employees at Oak Ridge National Laboratory who were previously put on unpaid leave will return to work next week.

The staff members who were on unpaid leave have been notified that they should prepare to return to work Dec. 13. ORNL managing contractor UT-Battelle said they will rely on other safety controls such as masking and testing.

Biden’s mandate has been incredibly unpopular, even among the vaccinated, who see it for what it is:  A vast overreach of federal power not protected by any of our national governing documents.