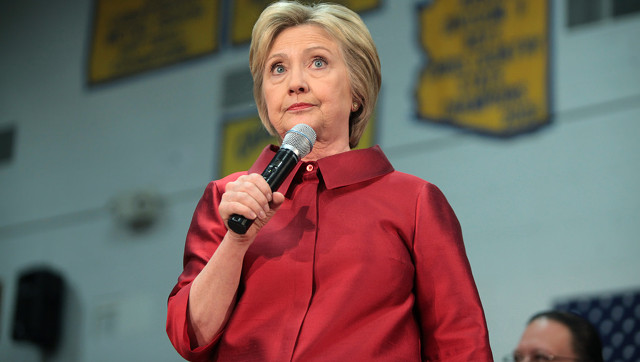 For years now, Hillary Clinton has been fairly irrelevant in the American political landscape.

Sure, she is a former First Lady who also helmed a disastrous stint at the State Department under Barack Obama, in which her lasting legacy was cemented after the events in Benghazi, but in 2021, there are few who find her presence to be a complementary one for the Democratic Party.

In fact, her multiple failed attempts at winning the White House have long been considered proof enough that she’s unworthy of the national spotlight, but the former Secretary of State isn’t having it.

Instead, she’s appearing on ABC to speak about Donald Trump’s potential 2024 reelection bid.

Clinton said, “If I were a betting person right now, I’d say Trump is going to run again. He seems to be setting himself up to do that, and if he’s not held accountable, then he gets to do it again. I think that could be the end of our democracy. Not to be too pointed about it, but I want people to understand that this is a make-or-break point. If he or someone of his ilk were once again to be elected president, and if especially if he had a Congress that would do his bidding, you will not recognize our country.”

She added, “I tried to warn people. I tried to make the case that this was really dangerous — the people he was allied with, what they were saying, what he might do. I do think, but for Jim Comey and the stunt he pulled 10 days before the election, I would have won. I feel terrible about not stopping him and the people around him, but I feel like now everybody can see for themselves what kind of leader he is.”

The surprise statement will do little to repair her reputation as a sore loser in the 2016 election, after which she refused to give a concession speech before subsequently spending the next five years complaining about her own shortcomings as if they were unearned.