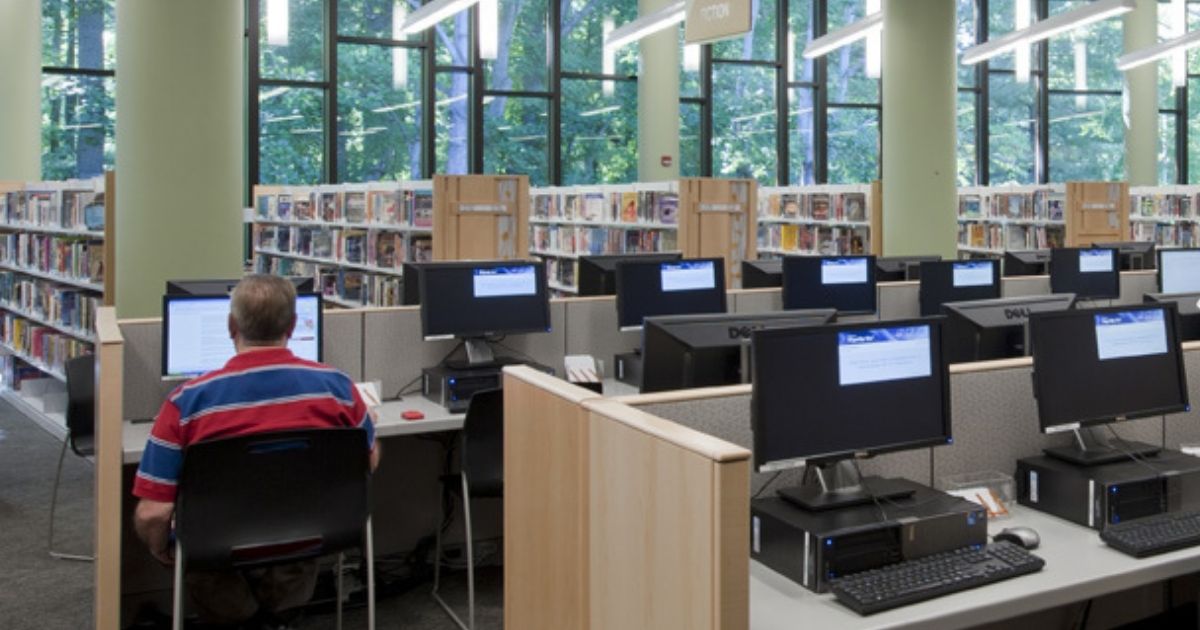 The following article, Satanism on Display at Local Library: Inappropriate, Sexual Books Placed Next to Bible, was first published on Flag And Cross.

A war is being waged in Fairfax County, Virginia — one that will have implications far beyond its local influence.

In September, local mother Stacy Langton confronted the school board after finding questionable content in the library at Fairfax High School. The resulting video of her presentation went viral.

The two books she addressed were “Lawn Boy” by Jonathan Evison and “Gender Queer,” a graphic novel by Maia Kobabe.

While many would shrink from confronting school officials or stating so specifically why they find these books objectionable, Langton made it very clear what the offensive content was and what was at stake.

At one point, the board urged her to tone it down and appeared to be cutting her off, saying that there were children present — an ironic concern, given the subject.

“I don’t know how you defend this. Why would you write such a thing? It’s so — just garbage. It’s absolute filth,” she said.

The school said it would temporarily suspend the two books — but two months later, the books were put back in the library.

According to WJLA-TV, two separate committees composed of students, parents, librarians and school administrators “unanimously recommended that the books should remain available.”

Langton isn’t finished, and many other parents have since voiced their disapproval of these texts being available to their children, but it appears that this is only the beginning.

Recently, the two books were prominently placed in a holiday-themed display at Fairfax County’s Dolley Madison Library in McClean. But this time, they were displayed alongside a Bible — which ruffled quite a few feathers.

Based on photos taken of the glass-enclosed holiday display, each book was paired with a plush gnome, and the Bible was posed against a gnome wearing a rainbow hat and outfit.

The librarians reportedly declined to comment about the incident, but the display was taken down.

“The Dolley Madison Library holiday reading display was intended to highlight the freedom to read and the fact that many library patrons have more time during the holidays to do so,” Fairfax County Public Library Director Jessica Hudson said in a statement, according to The Washington Times.

“It was not the intention of staff to create a display that could be construed as offensive. The display has been removed.”

Many have not bought that explanation, and a protest is planned at the library on Saturday, spearheaded by “Mama Grizzlies” Langton and Xi Van Fleet.

Their announcement reads: “Join Mama Grizzlies Stacy Langton and Xi Van Fleet to protest the mocking of Jesus and Christianity by the Fairfax County Public Library in their display of the Holy Bible alongside Gender Queer and Lawn Boy with troll dolls in LGBTQ rainbow flags.”