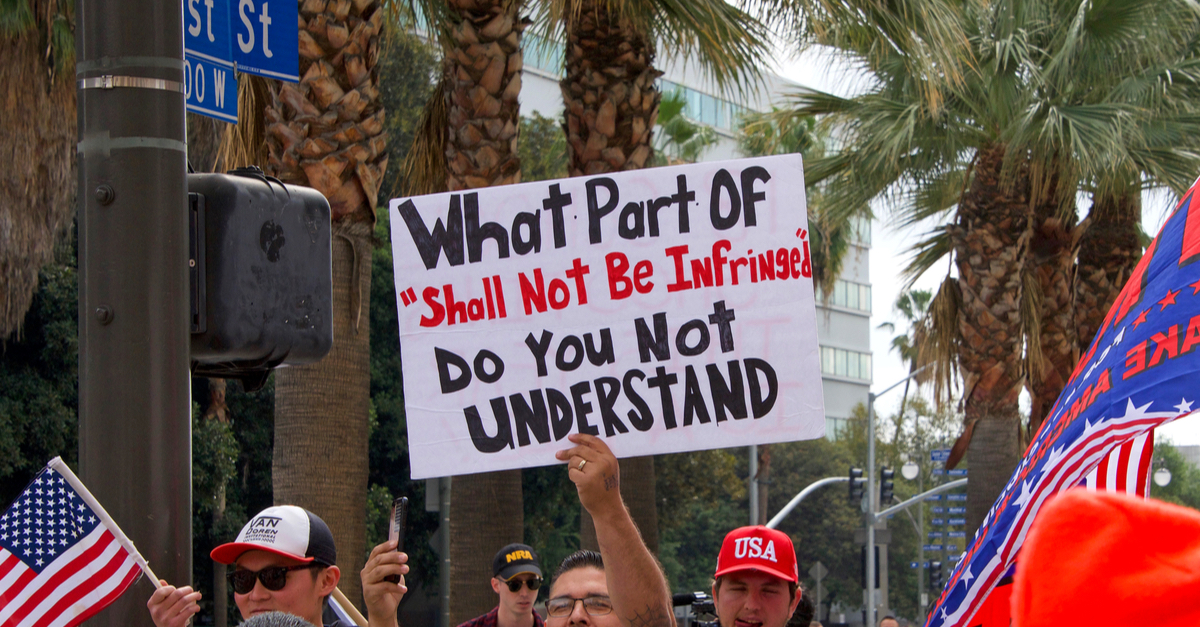 The following article, Cali Governor Attempts to Use TX Abortion Law to Outlaw Guns, was first published on Flag And Cross.

The left is nothing, if not vindictive, and their willingness to make absurd comparisons to get their way is nothing new.

The latest example of Democratic delusion comes to us from California, where nearly-recalled Governor Gavin Newsom is now attempting to suggest that abortion rights and the Second Amendment are somehow commensurate.

In responding to the U.S. Supreme Court decision allowing the Texas abortion ban to stay in place, California Gov. Gavin Newsom on Saturday said he plans to propose a gun control law that would be modeled on the Texas one.

Newsom said the Supreme Court’s decision has set a precedent that will allow states to avoid federal courts when enacting laws.

And there was no denying that Newsom was acting out of emotion rather than out of concern for his constituents.

“I am outraged by yesterday’s U.S. Supreme Court decision allowing Texas’s ban on most abortion services to remain in place,” Newsom wrote in a statement Saturday. “But if states can now shield their laws from review by the federal courts that compare assault weapons to Swiss Army knives, then California will use that authority to protect people’s lives, where Texas used it to put women in harm’s way.”

“If the most efficient way to keep these devastating weapons off our streets is to add the threat of private lawsuits, we should do just that,” he wrote.

It was difficult to ascertain whether or not Newsom was serious in all of this, given that his suggestion is both absolutely ludicrous but delivered with the sort of gravity that could see the embattled lawmaker actually attempt to move forward.