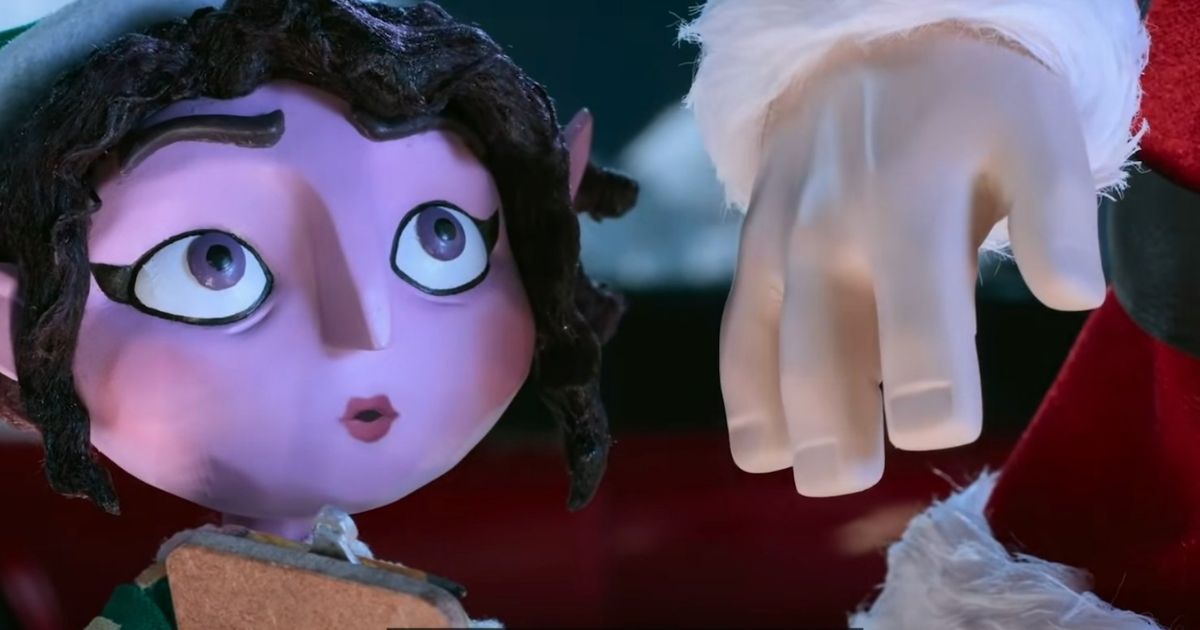 If white supremacists hate it, then everyone else ought to love it, right?

So goes such thinking as might have triggered a Seth Rogen tweet last week trying to save his “Santa Inc.” show from utter ruin.

“We really pissed off tens of thousands of white supremacists with our new show #SantaInc which is now available on HBOMAX! (Please read the responses to this tweet for confirmation),” Rogen tweeted.

We really pissed off tens of thousands of white supremacists with our new show #SantaInc which is now available on HBOMAX! (Please read the responses to this tweet for confirmation)

Not even the ploy of claiming that evil white supremacists are responsible for the failure of his latest venture could save his Christmas show, in which a woke Christmas elf wants to replace Santa and his toxic masculinity.

Rogen’s tweet came as the animated but decidedly adult Christmas series debuted on HBO Max, according to Newsbusters. The series features Rogen and Sarah Silverman showering the Christmas season with foul language in a plot in which Christmas sneaks in around the edges of a focus on sex jokes, misogyny, sex jokes, politics and more sex jokes.

In the trailer, conservatives are openly mocked, as an elf tells Santa, “Good news, sir, more Americans believe in you than they do in vaccines.”

Although Rogen was quick to point the finger at white supremacists, the reviews on IMDB.com, averaged out to give the venture a rating of 1.1 on a 10-point scale — an indication that the blame rests with anyone and everyone who even thought the series was funny.

One review that called the show “Truly a milestone in bad entertainment,” added that it was “just awful. It is too inane for adults and too boring for kids. And plus it is just raunchy, because the producers know how to do that, and hope you don’t notice it is not funny.”

Another that headlined a review “trash written by and starring trash,” wondered, “who thought it was a good idea to do an animated Christmas movie generally catering to kids infused with some of the most vile language you could think of? What audience did they have in mind? A few political hateful and obscene twitter followers?”

Over at Rotten Tomatoes, the movie was getting a 4 percent rating, which reflects the number who gave it 3.5 stars or higher out of more than 1,100 reviews.

Everyone must be a white supremacist, because I can’t find a positive review.

Have you considered the audience rating isn’t based on white supremacy, and that maybe~ it’s actually just not that good?

To be fair, there probably are more white supremacists than there are people who like Santa Inc. So maybe that’s why he’s conflating them?

D’Addario said that given the nature of much Christmas fare, a different approach might be a breath of fresh air, and admitted that the premise of having a woman aspire to be Santa is not so far out of line with what could be a good idea.

But there is a gulf between what could have been and what is.

“In elevating itself above its subject matter, ‘Santa Inc.’ ends up feeling dour and heavy, a televised lump of coal,” he wrote.

“[T]he show’s attempted witty touches — making the reindeer, for instance, methamphetamine addicts in order to explain how they travel the globe so rapidly — tend toward the miscalibrated,” he wrote.

“The juxtaposition of the admittedly gaudy trappings of a season of joy and ‘Santa Inc.’s’ calculated raunchiness tend to feel less irreverent than attention-seeking in a way the sheer joke-writing can’t justify.”