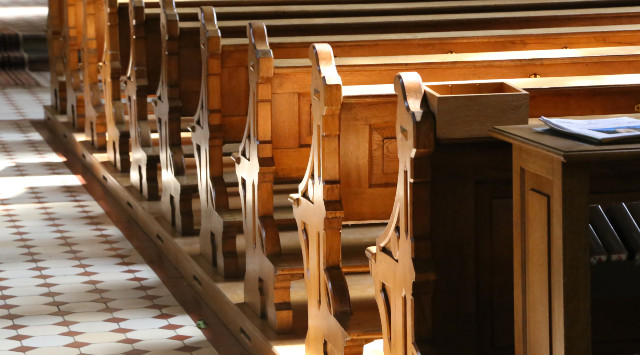 The following article, Michigan Diocese: Transgenders Can Be Baptised Under Condition of Repentance, was first published on Flag And Cross.

These days, modern, secular humanists have become fixated on “multiculturalism” and “tolerance” at the cost of genuine plurality.

This has seriously restricted the ability of millions of individuals of conscience to live peacefully side by side in a nation founded on the recognition that they were all created equal and have a right to freely worship and practice their religions as they see fit.

We are now living in an era where churches are being attacked not just for advocating against the acceptance of alternative sexual lifestyles and gender identities in public life, but for merely stipulating that congregants adhere to the most basic sexual standards as outlined in the Word of God.

A Catholic diocese in Michigan is under fire after issuing guidelines for communion, baptism and other sacraments that require individuals who have identified as transgender to repent of the lifestyle. One imagines they also are expected to repent of the rest of their sins before God, since repentance is a key component of living in relationship with Christ.

According to the Detroit News, the diocese’s instructions appear to be the “most sweeping” policy of its kind in the United States and come at a time when the Holy See has fallen short of clearly outlining the church’s stance on transgender individuals receiving communion.

The Diocese of Marquette issued its “Instruction on Some Aspects of the Pastoral Care of Persons With Same-Sex Attraction and Gender Dysphoria” in July, but it has received new scrutiny after a pro-LGBT priest, James Martin, shared what it said about transgender individuals and the sacraments on Twitter.

From the Diocese of Marquette: “A person who publicly identifies as a different gender than his or her biological sex or has attempted ‘gender transitioning’ may not be Baptized, Confirmed, or received into full communion in the Church, unless the person has repented…”

Martin noted a section of the document, which gives guidance on how to go about baptizing or giving sacraments to individuals such as the child of a parent in a same-sex union or any individual living in a sexual relationship outside of opposite-sex marriage.

The document states that “a person who publicly identifies as a different gender than his or her biological sex or has attempted ‘gender transitioning’ may not be Baptized, Confirmed, or received into full communion in the Church, unless the person has repented.”

It also notes that “[r]epentance does not require reversing the physical changes to the body that the person has undergone. The experience of incongruence in one’s sexual identity is not sinful if it does not arise from the person’s free will, nor would it stand in the way of Christian Initiation.”

“However, deliberate, freely chosen and manifest behaviors to redefine one’s sex do constitute such an obstacle,” it states.

The document as a whole presents a very astute, articulate and compassionate view on confronting same-sex attraction and transgenderism within the pastoral field. It would be difficult to characterize it as remotely hateful, bigoted, “homophobic” or “transphobic.”

Just like millions of Christians worldwide, the diocese simply believes in traditional biblical sexual ethics and that God created each one of us uniquely to be exactly what we are: male and female. Those who are desirous of a same-sex or extramarital sexual relationship or of living their lives in the assumed appearance of a member of the opposite sex are to be treated with love, kindness and sincere Christian ministry; it is simply that Catholics who expect to receive the church’s sacraments must repent of acts that are sinful.

“Our fundamental approach to persons with same‐sex attraction and persons with gender dysphoria is pastoral accompaniment: a loving, interpersonal encounter along the road to deeper faith in Jesus Christ,” the document reads.

“Persons with gender dysphoria are also in need of our care and pastoral accompaniment. Because of the fundamental body‐soul unity of the human person, the sex of the person and the sex of the body are the same,” it explains.

“Every one of us is created as either male or female. Thus, to live according to the truth of our human nature, we are to embrace our bodily sex. It is a gift given to us. Those who experience incongruence between their bodily sex and what they perceive their sex to be deserve our love, compassion, and our care.”

The conversation over how laws should conform to varying beliefs on gender identity is one thing.

An entirely separate matter is the right of a Christian church — in this case, the world’s largest Christian denomination, no less — to expect its members to behave according to the scripture.

Fornication, homosexuality, drunkenness and trying to defy the way God created each of us either male or female are all, from the Catholic view, sins. Communion, baptism and other Catholic sacraments are meant for sincere believers, and only the most fringe or progressive Christian denominations would deny that the very foundation of the Gospel rests in the sinner’s need for a repentant heart.

No one in the Catholic church is seeking out unbelieving, non-Catholic transgender individuals and trying to limit the way they live their life. This is simply a common-sense measure to ensure that those who participate in the church’s sacraments are pursuing a relationship with God according to its teachings.

That it’s remarkable at all for this diocese to make this requirement is what is really concerning; basic biblical ethics should have never been up for discussion.

But such is the nature of the “multicultural,” “tolerant” culture we live in. It is quickly evolving into ideological tyranny that is ironically turning out to be as forcefully dogmatic as Rome was when the reformers first began to defy its teachings.

It has never been more important for believers of all denominational persuasions to refuse to deny the truth of the Scripture, no matter what the dogma of the culture dictates.

Continue reading: Michigan Diocese: Transgenders Can Be Baptised Under Condition of Repentance ...