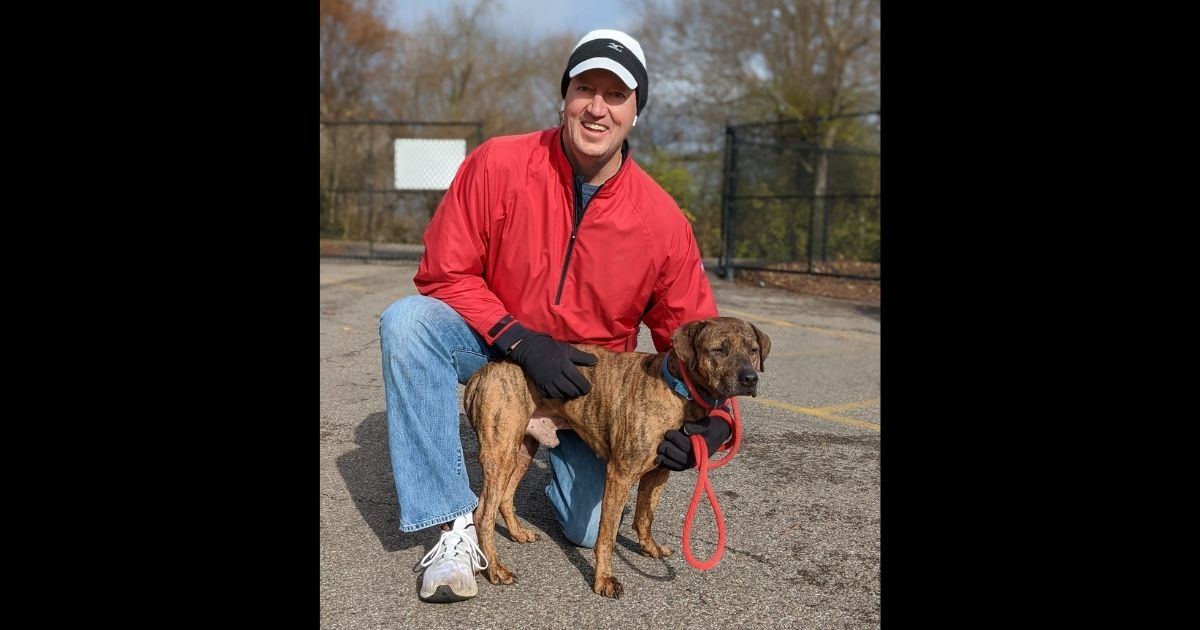 The following article, Man’s Love of Dogs Leads to Crazy Idea for 50th Birthday Celebration, was first published on Flag And Cross.

Plenty of people celebrate their birthday by basking in a day of activities that revolve around them. And there’s nothing wrong with taking a day to yourself and enjoying your favorite things — but some people’s favorite thing to do is to give back.

Alex Johns from Cincinnati was getting ready for his 50th birthday, and he had a very unique celebration in mind.

“You may already know that I will be turning 50 in December,” he wrote on a Facebook fundraiser page. “With any upcoming milestone birthday, I take the time to reflect, set new goals, and have a little fun as well.”

One of his first goals, which he said was inspired by his grandfather, was to play golf in all 50 states before his 50th birthday — and he managed to do it.

He wanted to do more, though, and his attention was focused on a cause that was near and dear to his heart: shelter dogs.

“You probably know by now that I love dogs more than people,” Johns’ fundraiser page continued. “This is why I volunteer to walk dogs weekly at Cincinnati Animal CARE Humane Society with two of my three sisters… only because the third sister does not live in town.

“Not only do I get to hang out with dogs, but I can be a voice for those that cannot speak and help these animals on their adoption journey. Walking a shelter dog allows them to exercise, teaches them skills that many look for in a potential adoption and helps them build upon trust in people that they may have lost… not to mention what it does for me.

“I have found great joy out of this work and want to give back to an organization that has given so much.”

Johns decided that on Dec. 6, he’d set out to walk 50 dogs from the Humane Society. What could be a better birthday treat when you “love dogs more than people”?

He used it as a fundraiser, asking friends to forego a birthday present and give to the cause instead. A team of realtors also pledged to match up to $5,000 in donations.

“It’s a blast, I love this,” Johns told WLWT-TV. “This is the reward right here.”

As the day wore on, Alex started to wear out — but he completed his goal, and ended up raising a substantial amount of money.

“We cannot thank Alex … enough for putting on this fundraiser, which has nearly raised $12,000 for Cincinnati Animal CARE and got 50 dogs walked today!” the shelter posted on Facebook.

The fundraiser is being left up until mid-December so that anyone interested can still donate.